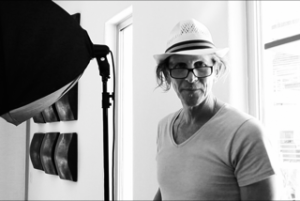 For some years I have been deepening my understanding of certain Buddhist principles through the practice of photography. These realisations have happened very slowly but deepened over time. The core tenets of Buddhist reality are not easy to realise, especially when they have to do with the way we see & experience the world. But a camera challenges you to perceive the world with fresh eyes that see new connections.

The Buddha taught that everything in the physical world including mental activity has three salient characteristics, or three Marks of Existence, 1. Impermanence, called anicca in the Pali language 2. Not Self anatta, and the ignorance of these two in daily life, namely Suffering dukkha. I would like to explore what photography has to do with the first two of these.

Impermanence you might say is refuted by the very nature of a single photograph, which is an attempt to freeze a changing world into one fixed image. This is true, and yet one thing a photographer becomes acutely aware of especially outside on the street or in nature, is that light is constantly changing. One of the reasons that cameras have complex settings is to record the ever changing nature of light and shade. Buddha’s first insight into the marks of existence, that everything in the physical world is changing, comes from seeing things as they really are, without wishing things were different, without clinging to the familiar. We all want stability in our lives, and a sense of permanence provides security, in our jobs, in our relationships in our health and what we own. And yet we know how quickly things can change in our lives, how fragile we are. Just think of the last time a trivial accident changed your whole day. Perhaps science with its understanding of the entropy principle has made the boldest acknowledgement of Buddha’s insight, in that the whole universe is winding down and is at ever decreasing levels of energy.

When you are out in this world with a camera you are not going to become aware of the demise of the universe but you will become very aware that there is a decisive moment in which to capture an event.

‘Photographers deal in things which are continually vanishing and when they have vanished there is no contrivance on earth which can make them come back again. We cannot develop and print a memory.’ – Henri Cartier-Bresson

The father of photo journalism, Henri Cartier-Bresson referred to this as the decisive moment in photography, and it is a partial illumination into the nature of impermanence.

‘To me, photography is the simultaneous recognition, in a fraction of a second, of the significance of an event as well as of a precise organization of forms which give that event its proper expression.’ -Henri Cartier-Bresson

That single isolated moment doesn’t really exist, the shutter speed of your camera only records what you think is decisive and permanenent. Moreover the photograph you produce if it is film will corrode, if it is on a memory card it will last longer but will eventually decay, and if it’s in the cloud, well remember computers are physical machines that also have a used by date. Everything eventually is deleted in this world at different rates.

For me trying to capture a sunrise or a sunset is a lesson in colour impermanence, simply because any photograph of it is only a momentary record of a seamless transition of heavenly bodies, a single image of a brief moment when the Earth turned and when I focussed my camera on the horizon.

What I am called to remember amidst that splendid array of colour change, is that the conscious act of making an image can be a decisive moment of awareness of impermanence.

The second mark of existence, the insight of Not Self is perhaps the hardest one to comprehend. Buddha was essentially implying that there are no independent things in existence, that there is intrinsically no permanent essence of something that separates it from the rest of reality. Everything is connected, constructed and conscious because of other things. You are connected to your parents, they are in you, your are constructed of many mineral and chemical elements and you are conscious because life flows through you.

There is no way you can exist separate from these things. Zen teacher Thich Nhat Hanh says all things Inter Be with other things that also Inter Be. It is another way of saying that anything we see in the world is evidence of an inter dependent activity, a co arising of causes and effects. If some thing is there it is only because other things are there too. Everything in the universe is dependant on other things arising to support it. There are no separate things, only the process of cause and effect.

Now in our image conscious driven world the whole idea of a separate self, an ego, is worshipped. Photography of course has done a lot to promote this, and as a consumer of images I can understand this, however with a camera in your hands to record an image of something you begin to understand that even if you photograph a single chair in a bare room, that chair doesn’t exist by itself. There is its location in the room, the room itself, the light that shines on it, and where you place the camera to capture it, all contribute to a photograph that says ‘This is a chair’ although Rene Magritte might not agree.

At a deeper Buddhist level Thich Nhat Hanh would add that the chair fundamentally exists because of a seed that grew into the tree, and that tree depended on the sun, soil and rain in order to grow. And the tree became the wood for a chair. Its chair ness depended on the crafts person ( and all of this person’s interbeing connections) skill with the wood. Chair is only a word for what we sit on, or photograph. The language of nouns makes things appear to be independent, but verbally as philosopher Alan Watts might have said that tree was treeing because of everything in the universe, just like the chair was chairing.

When it comes to the individual self we think we are, it is more difficult to dismiss, because we think we are all separate human beings who exist in a world that is separate to us, and that appears to be ‘out there’. We don’t interconnect or inter be with the world at a deep level, except maybe in times of deep reverie – like watching a beautiful sunset. But I have found that walking outside looking for an image with my camera I do feel more connected to a co arising world that is in me, for it is in my imagination that a photo appears. When I am photographing I feel I am co creating with reality, the image produced is not a separate thing from reality, it is an expression of reality. The linguistic phrase we have to take a photo should be replaced with to make an image. To take a photo implies that a photograph is somehow already out there, and all we have to do is rip it from the fabric reality. To make an image on the other hand requires us to engage in the many conditions that contribute to an image, like the light, movement, colour, space and time. With these contributions we can make an image.

I believe that sensitive portrait photographers get a deep insight into the real nature of the people. Their work goes beyond the mere record of a single ego looking back at a lens. Great portrait photography shows us more than just a face, it shows the sitters history, it shows the experience under an expression that tell of a thousand connections with life. Because of life every where the sitter exists as does the photographer.

The insight of not self doesn’t mean you do not exist, it infers that no disconnected autonomous self called you exists independently of other things. And like everything impermanent your existence is transitory. This is probably the main reason these days that selfies are deemed so important in social media. At a deep sub conscious level we know we are transitory beings, but deny our impermanent nature. In a defiant creative act we turn the camera inwards in an effort to capture an eternal, immortal me. Andrei Tarkovsky the great Russian film directed once said ‘Emotions are ephemeral but images are eternal.’ Another reason why in pre digital days when people were asked if their house was on fire what would they most want to preserve, the answer was their photograph albums. Remember them ?

Because we are conscious and identify ourselves as a permanent egoic self we suffer. When confronted with life’s inherent uncertainties and changes we hang on to our expectations. This causes stress because we are not fully in the moment but in our minds. Photography teaches you to be in the moment right here right now. Now is the only time you can photograph anything. The decisive moment you choose to make an image is an opportunity for an expanded moment of awareness, a mindful moment of awakening to what is real.

The convergence of a camera and a telephone was not just smart innovation it was a smart spiritually step. I am convinced that a camera is a tool for transforming perception and for deep insights into the nature of reality.

To really see into the nature of reality you need to be still, a composition begins with composing you own mind first. Photography makes you stop and take notice. In a fast paced world there is little time to just be still. Being still with a camera in your hands will enable clear images to emerge from the seeming chaos around you. Photography is a visual enquiry into the world that allows deep insights to arise.

Seeing things as they really are was Buddha’s key discovery and his Vipassana, or illuminating insight arose from his deep enquiry into impermanence and realising the inter dependent nature of all things in reality. The practice of photography can be a spiritual practice when you become mindful of these principles.

The conscious act of making an image can be a decisive moment of awareness and awakening. Let Buddha mind compose your next photograph.

Martin Wetherill is currently in Australia teaching ‘Mindfulness through the Lens of the Camera – The Way of Deep Focus’ Programs are taught to students using a digital camera device as a tool for disrupting mental distraction, and restoring full awareness and presence. He has taken this training into schools in Rome and Mexico.

Posted in Articles
← Practice Circle: The Antidote to HatredYes, Dependent Origination Can Be Saved →