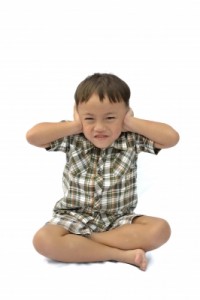 Image courtesy of arztsamui at FreeDigitalPhotos.net

What is the aim of practice? Following right effort, it is to emphasize the skillful and deemphasize the unskillful in thought and action. So we aim in meditation to become more directly aware of the real character of our minds, and particularly our motivations. In so doing we begin to see how the pain that arises in the mind stems from our own prior lack of awareness.

For example, we feel the pain of anger arise. We realize that our subtle clinging to a particular outcome, say a relaxed afternoon with family, was disturbed by an unwelcome knock on the door. That produced an unpleasant feeling, which itself conditioned anger. Or we are disturbed by a recent conversation, and reflect upon how a thoughtless comment on our part made things worse.

If we are particularly adept, we can see this as it happens, in its process of arising, and stop the anger before it reaches the level of speech or action. We can take a step back and, if given the space to allow anger to dissipate, react from a position of kindness rather than one of anger.

As the Buddha advised his son Rāhula (Majjhima Nikāya 61), one should reflect upon an action first before undertaking it, and second while undertaking it. Is it skillful, or will it lead to our affliction or the affliction of another?

If we are not particularly adept, we are left with the third option, which is to reflect upon the action once it is already complete. Unfortunately all too often it seems we find ourselves contemplating that third option.

But what about those who are, so to say, perfectly adept? The Third Noble Truth expresses the claim that there is an end to suffering, and that its end is in a kind of perfected human state. We can, of course, simply reject the claim of perfection. I myself have expressed concerns with it, even while seeing that the notion of “cessation of craving” or nibbāna plays a key role in our aspiration to betterment, and arguably can be seen within experience.

Another interesting way to proceed is to look at the Pāli texts for clues as to how perfection might have been understood at the time that these ideas were being formulated. We can look to the behavior of arahants, and most particularly the behavior of the Buddha himself, for clues.

There are major pitfalls in any such investigation. In particular, the texts were composed at least in part hagiographically: not as accurate descriptions of particular people or events, but instead as adulatory idealizations. That said, there is conflict within the texts themselves between hagiography and description. For example, in the Lakkhaṇa Sutta (Dīgha Nikāya 30) we read of the Buddha displaying thirty two bodily marks “peculiar to a Great Man”; on this description he would have had quite an unusual, even supernormal appearance. On the other hand, in the Dhātuvibhanga Sutta (MN 140) we read of Pukkusāti, a follower of the Buddha’s teachings, spending nearly an entire night with the Buddha in discussion and meditation without realizing who his companion is.

Similarly, in the Sāmaññaphala Sutta (DN 2) King Ajātasattu, parricidal son of the late King Bimbisāra, does not recognize the Buddha in a crowd, needing to ask someone to point the Buddha out among the monks seated in meditation. Since Ajātasattu’s family had long dealings with the Buddha, there is no doubt that he would have known anything particularly unusual, not to say supernormal, about the Buddha’s appearance. As one might expect, the commentaries have some difficulty reconciling the Buddha’s apparently unremarkable appearance in this passage with the supposition that he “illuminated the entire monastery with his six-colored rays.” (Bodhi 2004: 71).

I dealt with some of this inner textual conflict in a prior piece, “Buddhas Human and Divine”. Suffice to say that while later Buddhist texts (so far as I am aware) portray the Buddha as exclusively divine, following thoroughly hagiographical formulae, there are at least portions of the Pāli texts that do not. It is in those texts that we may at least hope to glimpse what the man might really have been like.

One method we may use to tease apart those portions of the early texts that are more reliable is the so-called “criterion of embarrassment”. I mentioned this criterion in a previous piece with regard to the ex-monk Sunakkhatta’s claim in the Mahāsīhanāda Sutta (MN 12) that “the recluse Gotama does not have any superhuman states”. It is embarrassing to the tradition that a monk would leave the order because he failed to witness the Buddha performing miracles: this is the kind of story it’s hard to see adulatory devotees constructing out of whole cloth.

The story of the Buddha’s comportment in the Cātumā Sutta (MN 67) can be seen, I think, in a similar light. This is quite a remarkable sutta in how it reveals the Buddha’s fallibility.

The sutta begins with Sāriputta and Moggallana, the Buddha’s two chief disciples, bringing a large group of monks (typically described as “five hundred”) to visit the Buddha at a grove of trees in Cātumā. Given the discourse that eventually results from this meeting, we are to assume many of these monks are relative novices.

The new monks arrive noisily, chattering among themselves and with the monks already in residence, and getting themselves set up for a stay at the grove.

The Buddha reacts to this by summoning Sāriputta and Moggallana, and complaining to them about the noise. He describes it as sounding like “fishermen hawking fish.” When his chief disciples explain to the Buddha what is going on, he tells all of them to leave: “Go, bhikkhus, I dismiss you. You should not live near me.” (MN 67.4).

One imagines five hundred newly arrived monks getting themselves re-packed and leaving in sheepish silence.

As the monks proceed away from the Buddha’s grove, they encounter a group of Sakyans, the Buddha’s kinsmen, who ask them why they are leaving. Once the situation is explained to them, the Sakyans take it upon themselves to intercede. They go to the Buddha and explain that his actions were not entirely skillful:

Apparently this alone was not sufficient to change the Buddha’s mind, since the Sakyans’ intercession is followed by that of the Brahmā Sahampati, who makes the same case, using the same words.

At that point the Buddha relents and allows the monks to return. Sahampati is, of course, the divine being who supposedly appeared to the Buddha after his enlightenment and persuaded him to undertake the arduous work of teaching rather than keeping his understanding to himself. (E.g., Saṃyutta Nikāya 6.1).

What are we to make of this story? On the one hand it is so very human: anyone who has spent any time meditating knows how annoying persistent noise can be, particularly noise involving speech. Our minds naturally follow the noise and parse the words, taking us out of calm abiding and into more discursive modes of thought.

The Thai forest monk Ajahn Chah used to respond to complaints about disturbing noise by admonishing his followers not to disturb the noise with their wayward minds. He based such teachings on his own prior experience dealing with similar annoyances:

As [Chah] listened to himself complaining, he quickly realized, “Well, they’re just having a good time down there. I’m making myself miserable up here. No matter how upset I get, my anger is just making more noise internally.” And then he had this insight: “Oh, the sound is just the sound. It’s me who is going out to annoy it. If I leave the sound alone, it won’t annoy me. It’s just doing what it has to do. That’s what sound does. It makes sound. This is its job. So if I don’t go out and bother the sound, it’s not going to bother me. Aha!”

At Cātumā not only is the Buddha bothered by the noise of his monks, he goes so far as to summarily dismiss quite a large group of them, who most likely had traveled a great distance on foot to spend time in his presence. The hagiographical voice would say that the Buddha is a being of perfect wisdom and compassion, one who always knows the skillful way to act. Cātumā reveals someone who at times acts peremptorily, upset enough by noise to dismiss without so much as a single warning. The (certainly interpolated) reappearance of Sahampati reminds us of the time following the Buddha’s enlightenment, reinforcing our impression of him as one who often prefers solitary silence to the bother of dealing with human foibles. It is a sentiment we will all share, though we may not consider it entirely skillful.

Although the text does not claim that the Buddha regretted dismissing the monks, nor that he saw his action as unskillful, I think this is the most natural interpretation of his decision to let them return. The Sakyans’ argument to the Buddha did not present any new information whatever. All it did was present clearly the potential danger involved in the dismissal; danger of which the Buddha should already have been aware. Although the text talks about the Buddha’s “confidence” having “been restored” in the monks, neither the Sakyans nor Sahampati provide any information that should have given the Buddha confidence he would not already have had. All they did was underline the point that novice monks treated poorly are liable to disrobe.

There are, of course, other interpretations of this sutta, but the more obvious ones depend on assuming facts that are unstated, such as that the Buddha dismissed the monks in full knowledge that they would immediately return. I submit that the more natural reading is one upon which the Buddha behaved as a fallible wise person might; indeed, it sounds as though he could have benefitted from a chat with Ajahn Chah on the true nature of sound. Perhaps knowing this we can be a bit easier on ourselves when we too fall short.

We would like to think that through dedicated practice and insight we might get to a place where thought, speech, and action are always skillful. We would like to think we may foresee a time when we will never have to look back with regret on an act performed unskillfully. The Buddha at Cātumā argues otherwise. In his comportment he argues that at times even the wisest among us may make missteps, may be needing of correction. In this case, interestingly the Buddha was corrected not by other arahants, not even by novice monks, but by Sakyan laypeople, who apparently could see with more clarity than he the unskillful nature of his action.

Bhikkhu Bodhi, The Discourse on the Fruits of Recluseship (Buddhist Publication Society, 2004).