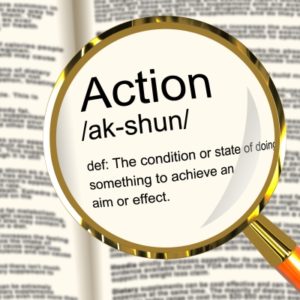 Many of us are looking for the right way to engage with contemporary political concerns. What does Buddhism have to teach us? A couple of recent articles have taken this question in opposite directions.

In “Let’s Stand Up Together”, Bhikkhu Bodhi argues that Buddhism has a number of important ethical lessons to teach that rise above simple notions of party politics. That is,

that every human being possesses intrinsic dignity, that everyone should be treated fairly, that those fallen into hardship should be protected and given the chance to flourish, and that the resources of the earth should be used judiciously, out of respect for the delicate web of nature.

He suggests it may be necessary to construct Buddhist advocacy groups to bring these distinctive ethical and political messages into the public sphere. This suggests that Buddhism should be a politically activist force, one that agitates for certain forms of social change.

On the other hand in “A Crooked Tree in Changing Times” (previously titled “Why I Don’t Practice Engaged Buddhism”) Ken McLeod argues that Buddhism is essentially a path to practice that is at right angles to social and political issues.

I was never taught that the practice of Buddhism was about making the world a better place. It has always been about coming to and giving expression to a different relationship with life—essentially a mystical path.

While we can debate whether Buddhism is a mystical path, or the precise character of that mysticism, nevertheless I will argue that in some form both of these perspectives can be found within the early tradition, and indeed that they are not in any kind of necessary conflict.

Although the precise terms themselves stem from the abhidhamma, in the suttas the Buddha described two overlapping paths to practice: one is the “mundane” (lokiya) and the other is usually translated the “supramundane” (lokuttara).

The mundane path is the path directed generally towards laypeople in the early texts. It encompasses ethical action within this world, thinking and behaving in ways that would not lead one directly to awakening but that would lead one in the direction of non-harming and benefit to all sentient beings, as a stepping-stone to awakening. The supramundane path is directed generally towards monastics.

Although the supramundane path requires one to behave ethically in accord with the mundane path, additionally it requires one to strive towards insight into the changing, unsatisfactory, and selfless nature of reality. Traditionally the concept of the supramundane path includes the notion of escaping from saṃsāra by ending the beginningless round of rebirths. This is what makes it “supramundane”: it transcends the realm of rebirth within saṃsāra. Nevertheless that achievement is based upon the central psychological task of achieving global nonclinging through deep understanding of the first two Noble Truths, suffering and its cause. Seen from an internal, psychological point of view, no supernatural elements are strictly necessary to comprehend the scope of the supramundane path.

At any rate, there is a good sense in which pursuit of the supramundane path involves as McLeod says “coming to a different relationship with life”, a relationship of nonclinging, of nonidentification with all things. It involves becoming aware that all ordinary life is unsatisfactory in being fraught with change, unsatisfactory in being something one cannot depend upon, unsatisfactory in never being fully and completely fulfilling. This is an internal path, an internal effort, rather than an external one. As the Buddha famously said in the Dhammapada,

Though one may conquer a thousand times a thousand men in battle,
yet he indeed is the noblest victor who conquers himself. (103)

Most of the Buddha’s teachings involve working upon one’s internal, psychological state in order to bring oneself to a place of selfless nonclinging. This is perhaps to be expected since the vast majority of his teachings were directed at monastics rather than laypeople.

The mundane path however is also a valid part of early Buddhist dhamma, and should not be overlooked. Not only did the Buddha provide guidelines to ethical behavior, he also provided guidelines to skillful behavior in the home life, and skillful behavior for those who would rule. While Richard Gombrich says that the Buddha didn’t take “a serious interest in politics” (2006: 83), he nevertheless did provide guidelines that would allow those with such an interest to make claims on his behalf. In that sense Bhikkhu Bodhi is perfectly correct in pointing to a deep strain of social and political activism inherent in the Buddha’s message.

One cannot pursue the path successfully while working actively to harm others, to steal, to engage in sexual misconduct, to lie. This goes just as much for rulers as for the ruled. Much of what we are seeing in politics nowadays involves one or another of these wrong actions, and there is every reason to believe that were the Buddha alive today he would decry them.

For more on the details of this path I would suggest Bhikkhu Bodhi’s new collection, The Buddha’s Teachings on Social and Communal Harmony.

So both Bodhi and McLeod are correct, depending upon one’s perspective upon the particular path of practice. One begins as best one can with ethical action in the world, and progresses upon a personal journey towards coming to a different relationship with life. As this relationship matures however one finds that ethical actions become easier, less identified with self or with personal gain, purer and less conceptually considered.

If our coming to a different relationship with life were to leave the world the same or make it worse off, we would have to wonder what the point was of our journey. While some quietist strains of Buddhism do indeed claim that the journey is without a point, this is not the case with early Buddhism, and seems as well to run counter to the Bodhisattva ideal.

World peace can only be based on inner peace. If we ask what destroys our inner peace, it’s not weapons and external threats, but our own inner flaws like anger. This is one of the reasons why love and compassion are important, because they strengthen us. This is a source of hope.

Bodhi tells us that the Buddha dhamma has deep lessons to teach people about social and political well being, and that therefore we ought to take such messages to our streets, towns, and statehouses. Nevertheless I think also as secularists we should take some pause and reflect upon the fraught nature of the relation between church and state, whatever that church might be. For one thing, there is the ever present threat of overreach. We see it in Buddhist states like Burma today. One may argue with reason that the policy of the Burmese government is not truly Buddhist: it runs counter to all the teachings. Nevertheless power does tend to corrupt.

For another thing, most states are multi-religious, including a large portion of “nones”. Any plan to elevate dhamma into politics will have to confront inevitable pushback from and compromise with those from other religions or from those who are anti-religious. It is easy to say, as Bodhi does, that Buddhist concerns transcend party politics. But the picture he gives of Buddhist ethics does as a matter of fact line up pretty well with ordinary left-wing concerns. That is, it will almost certainly be a package unwelcome to many right-wing evangelical Christians. This is not to say it shouldn’t be pursued, far from it. Only that pursuit of religiously associated ethical ideas will always be fraught with concern, particularly from a secular point of view. While many of us believe that Buddhist ethics is pragmatic and not inherently religious, such a claim will doubtless prove tendentious. Disagreement doesn’t make it so of course, but it is nevertheless something that must be kept in mind.

Contemporary Buddhist practitioners hold a range of views on how Buddhism intersects with politics. Some like Bodhi believe that there is need for an engaged Buddhist confrontation with political and social ills. Others like McLoud believe that Buddhism is inherently apolitical, perhaps even antipolitical, interested in private, personal development.

I have argued that both approaches can be found within early Buddhism, and that in fact these approaches do not necessarily conflict. Therefore one cannot look to Buddhism itself to decide which road to take, which path of practice to pursue. Either can be valid. Indeed both are valid.

That said, safeguarding peace and opportunity makes possible pursuit of the supramundane path. Such a path depends, at least to an extent, upon there being people who are willing to actively confront political ills. The same can be said of practice in the Buddha’s own day: while the early saṅgha did not engage in much political maneuvering (or at least so far as I know there is little evidence for it having done so within the Buddha’s lifetime), nevertheless the preservation and health of that saṅgha depended essentially on the goodwill of the Buddha’s powerful neighbors, and upon there being relative peace and safety within the land. When that peace and safety broke down centuries later, Buddhism simply did not survive in India.

Cultivating Wisdom in an Era of Technological Change

Sati and Sociopolitics: Throwing the Buddha Out with the Bathwater