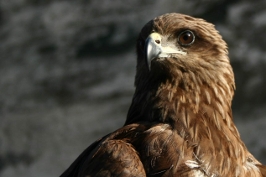 What comes to mind when you hear the word “dignity?”

The United Nations’ Universal Declaration of Human Rights starts off, “Whereas recognition of the inherent dignity and of the equal and inalienable rights of all members of the human family is the foundation of freedom, justice and peace in the world…”

Dignity relates to protection not against physical suffering but rather emotional suffering, especially humiliation. There are certainly situations that violate people’s send of basic human dignity, such as the photos taken of prisoners in humilating positions in the Abu Ghraib abuse case. But when you move from basic human dignity to demands for respect for sacred values, things become more complicated.

Donna Hicks has written a worthwhile book, Dignity, about how being aware of people’s sense of honor and shame in important in conflict resolution, including the international political arena.

If you look at international affairs from a distance, it often seems that there are obvious, rational solutions to disputes that could enhance peace and prosperity for both sides(e.g. split the difference) that don’t get done because they don’t satisfy people’s yearnings (what Scott Atran refers to as sacred values).

The idea that an understanding of emotions is valuable in international relations is often overlooked. Here is an anecdote from Hicks’ book. The author explains she was at an international conference on conflict resolution in which an organizer was soliciting ideas for further discussion.

When the chair acknowledged me, I said, “I think one of the critical issues we need to look at is the role dignity plays in international relations. In fact, it’s really ‘indignity’ that I want to discuss. My experience tells me that the way we treat one another matters, and when people feel their dignity has been violated, they will go to war, if necessary, to regain it.”

The chair thanked me and proceeded to gather other comments from the audience. Then he started a discussion about each issue. When it came to my issue of dignity, he looked up from his list and said to the audience, “I think we’ll pass on this one,” and moved on to the next issue.

I was stunned. I couldn’t believe my ears. I felt utterly humiliated.

I’m now reading Joseph Anton, Salman Rushie’s memoir of living under a death sentence for having violated the Ayatollah Khomenei’s sense of sacred values. (Rushdie used the name as his alias while in hiding).

In examining this from a Secular Buddhist lens, especially with regard to the Four Noble Truths and Right Speech, a few things come to mind.

1. The secular side of me has little patience for sacred values that are typically based not on what is happening in the present or what could happen in the future, but an attachment to a certain interpretation of events that have happened in the past.

2. The Buddhist side of me recognizes that, although attachment to how things were, and a desire to cling to or recreate those conditions, is a major source of suffering, learning to let go of these attachments is very difficult. You can’t just pressure people to let go of attachments. That can become a stressor that makes people defensive and more attached to their fundamental beliefs.

3. Ultimately, I see the right approach is to have a thick skin, but to accept that others may have a thin skin, without demanding that they thicken it (though you might ask them to “take a breath”).

Mindfulness practice teaches us how to deal with emotional challenges. Through the practice of mindfulness, we should be able to bear insults with grace. Even if others intend to humiliate us, we need not feel humiliated.

But those who have not had the benefit of this practice may indeed react to insults with automaticity and experience genuine and lasting suffering as a result. And when people are in the midst of emotional suffering, they have little bandwidth to learn skillful means of dealing with that suffering. (That’s why it’s best to practice these skills before you need them).

Thus, I think it’s right to cater to another person’s sense of dignity (even if inflated) as long as you don’t have to lower your own sense of dignity in doing so. I think it’s easier to do this when it’s possible to leave things unsaid that might be hurtful when said, even if true. But in situations where one is forced to speak, or has already spoken, it might be undignified to recant a true statement even if hurtful.

Under pressure from his British protectors to try to defuse the situation, Rushie apologized not for writing The Satanic Verses, but for causing distress. He felt is was undignified for him, the writer, to be apologizing to the people who wanted to kill him. Nor did it succeed in defusing the threat, though it has lessened as time has passed.