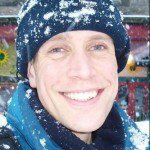 Julian Adkins, Anantacitta Tunnell, and Dana Nourie join us to talk about a new website dedicated to growing the Secular Buddhist community in the U.K.

Every week, I get email from listeners to the podcast, and from people who’ve found the Secular Buddhist Association site. Take this one from Michael R. just the other day: “I would like to take a moment to thank you for developing and establishing your website. It fulfills a need I’ve long attempted to satisfy. My interest and practice of Buddhism is strongly oriented along the same lines of what I perceive to be those of John Peacock’s, Stephen Batchelor’s and Steve Hagen’s. However, it was not until I encountered your site that I realized there was a community that appeared to resonate for me. Anyway, I wish merely to express my gratitude and look forward to the SBA’s continued growth.”

Thanks you, Michael. And everyone else who writes in, we appreciate your involvement, your ideas, stories, and suggestions, and are very grateful that you’re finding value in this community building effort. We’re only just beginning, and in the next few years we’re going to see some amazing and exciting things.

One of the challenges we face is that our practice is about dissatisfaction, its causes and conditions. As the listeners here know, that takes effort, an honest and sometimes hard look at our minds and why we do the things we do. Forgive the pun, but the value of this “pre-meditated” effort is a difficult message to convey in part because people don’t want to hear that there’s work to do.

An example I posted on the FaceBook page demonstrates this. As of this recording, we have a comfortable number over two thousand Likes on FaceBook. In contrast, the FaceBook page for The Secret, a book and even DVD about using wishful thinking to get what you want, has well over two million Likes. Being told it’s easy, and that you are your own wish fulfilling gem is very appealing. So I ask that if you are finding value in this podcast, head over to iTunes and write a review, or just simply rate it. If you like what you see on the websites, tell others. So many people would also find value in this approach to the teaching and practice, if we just let them know. Today’s episode is about just that, the growing of the online and now face to face secular Buddhist community.

Julian describes himself as having had several incarnations – all very much in this life time! He has taken the role of professional classical ballet dancer, water engineer, design draftsman and registered nurse, but now realises these are merely activities and not identities. The beginning of this minor realisation came ten years ago when he first began learning about and engaging with Buddhist meditation practices. He is a founder member of Edinburgh Secular Sangha, a grass roots community in Scotland committed to secular, naturalistic expressions of the Dharma. As well as Dharma practice evenings the Secular Sangha also runs practice evenings devoted to mindfulness based stress reduction and cognitive therapy. However, Julian is passionate about engaging with the Dharma as a way of life that includes every dimension of the eightfold path as well as therapy. Anantacitta Tunnel has been a Buddhist since 1992 and was ordained in 2002. He trained in a Western Buddhist tradition, but felt frustrated and constrained. He started reading some of Stephen Batchelor’s books and found them refreshing and liberating, and so went on some retreats lead by Stephen and his wife, Martine. Anantacitta is now a Secular Buddhist as a result. Along with is wife Marcella, he lives in Birmingham, England and work as a Social Worker. Anantacitta also teaches meditation to beginners in a local Complementary Health Clinic, and he support the Birmingham Secular Meditation Practitioners Group.

So, sit back, relax, and have a nice Earl Grey. We are talking about Secular Buddhism in the U.K., after all.

The music heard in the middle of the podcast is from Rodrigo Rodriguez’s CD, Shakuhachi Meditations. The track used in this episode is: