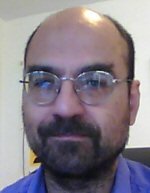 Robert Ellis speaks with us today about his book The Trouble with Buddhism: How the Buddhist Tradition Has Betrayed its Own Insights.

It seems that there continues to be a deep divide between traditional approaches to Buddhism, and secular approaches to Buddhism. It’s not our practice, we all do essentially the same kinds of activities, the same kinds of meditation, and we all make our sincerest efforts to be mindful and use right speech, for example. There are some variations, of course, but whether one lights incense or chants doesn’t seem to raise ire as much as a philosophical disagreement about assertions not in evidence. Usually, this centers around concepts of literal rebirth, or the possibility — let alone testability — of enlightenment.

One reason secular practice continues to set aside claims about past lives is that, so far, they do not have a reliable and unambiguous means of demonstrating the causative relationship between what are so far at most, interesting stories. If it were clear and unambiguous, if one could demonstrate that relationship in conditions which control for our human tendencies to overspeak our case, to misremember and reinterpret inaccurate stories from accurate reflections of the real world, it wouldn’t be a problem! But it is. And other traditions from Buddhism have their own stories about what happens upon the ending of physical life, and they find them equally compelling.

Sincere, honest, free inquiry is the appoach many of us who have a secular practice, take. Stories, though they can be inspiring and helpful, are not facts, and if you accept your own without evidence, you must also accept other stories without evidence. Out of a genuine interest in ascertaining what is true from what is false, we can only begin the journey based on what we can mutually agree to and show one another. But traditional attitudes commonly disparage that as not having enough faith, and being a lesser path. Despite Buddha’s own admonishment to question.

Robert M. Ellis graduated from Cambridge University, UK 1989, and got his Ph.D. from Lancaster University, UK 2001. He has taught in colleges and universities, and now works as a distance learning tutor of philosophy, religious studies, critical thinking and politics. Robert is also author of A Theory of Moral Objectivity, The Trouble with Buddhism, and A New Buddhist Ethics, as well as educational resources and occasional creative writing.

So, sit back, relax, and have a nice Lumbini. Posted in Book Reviews, The Secular Buddhist Podcast and tagged Robert Ellis, Secular Practice, secularism, skepticism
← What's Your Calling or Purpose in Life?Playing With Pali: Poking Under the Hood →