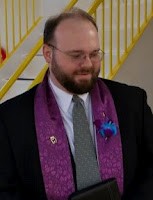 Humanist Contemplative DT Strain joins us to talk about being a Humanist Minister in Texas.

Today there is a wonderful opportunity to take advantage of the attitudes and approaches to life we Secular Buddhists have in common with other groups with whom we don’t always directly engage. This includes people who may self identify as atheists, skeptics, and Secular Humanists. And as we do make those connections, we can learn from one another and discover how having a rich and diverse body of views, can complement our own without sacrificing our core practices.

One of the challenges we face, however, is striking the balance between respect and even admiration for one another, while not crossing over into becoming accommodationist. This is particularly true in the new concept of Humanist Ministry, a seeming oxymoron — but no more than Secular Buddhism!

DT Strain is a Humanist Minister, certified by the American Humanist Association (AHA), and is a Spiritual Naturalist. His ‘Humanist Contemplative’ group and concept has since helped inspire a similar group at Harvard University, and he is former president of the Humanists of Houston. DT has appeared as a panelist on the Houston PBS television program, The Connection, discussing religious belief and non-belief and speaks at a number of other venues upon request. He is an enthusiast of Stoicism, Buddhism, and other ancient philosophies, seeking to supplement modern scientific and humanistic values with these practices. As such, he often attends the Jade Buddha Temple, writes on Stoicism, and organizes the Humanist Contemplatives Houston Meetup group.

So, sit back, relax, and have a nice Japanese single malt, Yoichi.