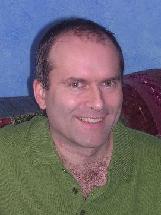 Tim Ward, author of What the Buddha Never Taught, joins us again to talk about Buddhist practice, meme theory, and his new book Zombies on Kilimanjaro: A Father/Son Journey Above the Clouds.

Part of our practice is trying to get better at seeing what’s really going on, instead of what we think is going on. And that means a challenging examination of the components and processes that we often mistake for actual things, like our self, or the group with which we’ve formed an identity. Meme theory is one way of looking at this process of the proliferation and modification of bundles of ideas. And even discussing the potential to shake free of our memes is, if you’ll forgive the choice of words, enlightening. And it may be through this liberative experience that we can open new opportunities for change.

Tim Ward is the author of several books, including three spiritual travel adventures based on his six years living in Asia. His stories have appeared in thirteen anthologies, including Best Travel Writing 2006 and 2010. Ward’s commentaries on Asian life and culture have been broadcast by CBC Radio, and he gives frequent public talks based on his books. Tim still travels to South and East Asia several times a year, thanks to his work as an international communications consultant for economic, environmental, and development organizations.

So, sit back, relax, and have a nice Welcome Tea. Read Zombies on Kilimanjaro, and it will make sense.

“You know, the very strength of science is that it keeps us from the errors of mythos, from getting committed to a set of memes that we adopt because of congruence with what we think we know. Science demands skepticism.” — Tim Ward