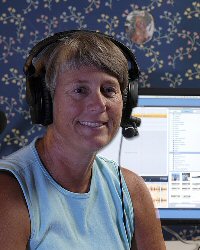 Dr. Ginger Campbell speaks with us about science of the brain, and about the unconscious origins of certainty.

How often have we been absolutely certain of something? We remember it clearly, we know it in our gut, it’s a sure thing. Only it’s not a sure thing. We’re fallible creatures, us humans, and our evolutionary trajectory didn’t make us perfect, it made us human.

Part of being human is the possibility of being wrong about something. A mark of our maturity is the understanding, acceptance, and integration of the fact. When we build into our daily life responses to our environment that our brains are not tape recorders, that we sometimes decide on emotion rather than reason, and that our ideas about the world are not always an accurate reflection of the world, we’re able to have more realistic, positive, and reasoned responses to others.

Dr. Ginger Campbell is an experienced emergency physician with a long-standing interest in mind-body medicine, the brain, and consciousness. She is also interested in a wide variety of other topics including the history of science and ideas, began podcasting in 2006, and has discovered that it is a great way to share ideas with people from around the world. Her Brain Science Podcast explores how recent scientific discoveries are unraveling age-old mysteries, such as intelligence, emotions, personality, and memory.

So, sit back, relax, and have a nice Downy White tea.

The music heard in the middle of the podcast is from Rodrigo Rodriguez. The track used in this episode is “Cross of Light” from his CD, Shakuhachi Meditations.