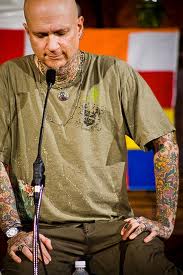 Meditation teacher Josh Korda speaks with us about how his work in addiction recovery is informed by his own experiences, traditional Buddhist thought, and modern science.

Craving, that’s what we struggle with. Whether it’s a light interest in having our relaxing afternoon continue to be relaxing, or the more damaging physical and psychological addictions that many of us are suffering from, craving is there. And there are a lot of ways we can deal with that craving, sometimes just ignoring it does the trick — but not always, and not for addictions. What is often needed to cope with these problems isn’t just one solution, we’re more complicated creatures than that. Instead, with our variety of inclinations, a variety of ways to help us may be more effective. There are traditional views and practices from Buddhism, support processes like 12 Step programs, and finding the right mix for the individual requires dedication, sincerity, and deep compassion.

Josh Korda has been meditating for over two decades and began his studies in Theravada Buddhism in 1996. He has been the teacher at New York Dharmapunx since 2005, and at the Monday night Brooklyn Dharma class. For the last three years Josh has been a visiting teacher at ZenCare.org, a non-profit organization that trains hospice volunteers, and gives talks at Meditate New York. Having taught at NYIMC.org, Josh has volunteered for many years as an attendant at their retreats. Josh received his initial teacher training with Noah Levine, and has had the honor to study with countless other spiritual practitioners, including Ajahns Geoff, Sucitto, Amaro, Brahm, Vajiro, Sharon Salzberg and Tara Brach to name a few. All of Josh’s dharma talks can be found at dharmapunxnyc.podbean.com, which is followed by a large online community.

Special thanks to our friend Dave Smith for suggesting this interview with Josh.

So, sit back, relax, and have a nice Herbal Mint tea.

The music heard in the middle of the podcast is from Rodrigo Rodriguez. The track used in this episode is “Wood and Bamboo” from his CD, Traditional and Modern Pieces: Shakuhachi.