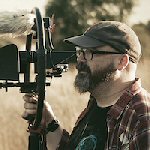 Ian Lawton joins us to speak about his film project The Dharma Bum, a documentary film about Irish atheist freethinker Laurence Carroll, who went on to become one of the first Westerners to become a Buddhist monk.

History is written by the victors. That’s true within Buddhism, too, and not just the evolutionary path of the early Pali canon, but even in more modern times. Political agendas worm their way into the dharma, and as recent research indicates, maybe giving credit where credit is not due about being the first Western Buddhist monk.

Ian Lawton is a multi-award winning filmmaker living & working in the midlands of Ireland. His films have been seen all over the world. You can view his work by visiting Reasonably Shorts.com.

So, sit back, relax, and have a nice Guinness.

THE DHARMA BUM | TEASER TRAILER from Reasonably Shorts on Vimeo.

Posted in The Secular Buddhist Podcast
← Episode 223 :: Ali Ashtari :: Unplugged — Spiritual But Not Religious: an Iranian Immigrant StoryCultivating Wisdom in an Era of Technological Change →