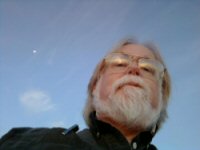 Frequent contributor to the Facebook Fan Page for The Secular Buddhist podcast, Earl Frank Rectanus shares his experiences in starting one of the first secular Buddhist groups.

Early Buddhism calls it, “The Triple Gem”. Buddha, the example we have, demonstrating how this practice should be part of one’s life. Dhamma, the teaching itself, giving us the roadmap to follow that path, and something to talk about over Fru-Fru coffee on Thursday morning (yes, this should become a national holiday). And Sangha, the community of fellow practitioners, friends, and sometimes challengers as we tread that path together.

Secular Buddhism is no different. We’re still human beings, social creatures who have evolved to interact and work together in groups. Yes, be an island unto yourself, only you can actually do the practice. But you’re not alone in taking it on, struggling with — letting go. So we can see things as they really are. And as such social creatures, we find comfort, energy, stability, and encouragement among our peers and kalyana mittas, our friends in the practice.

Secular Buddhism is, relatively speaking in the 2,500 year history of Buddhism, kinda new. We don’t have a thriving and well-known presence yet. Interest is growing, it seems, as people begin to stretch either out of their comfort zone of having the structure of organized and established religious institutions, or as they discover others who already share their particular inclinations towards a more secular practice. And, I’m happy to say, we not only have things like, oh, say, a podcast that supports and talks about this particular slice of the Buddhist pie, there is a growing potential energy in the formation of local secular Buddhist groups for more in-person community support.

Today we speak Earl Frank Rectanus, a name familiar to those of you who read The Secular Buddhist Facebook Fan Page. Earl is a Clinical Health Psychologist in practice on the Southwest coast of Florida for 25 years. He has been reading about Buddhism since college, and is a member of a Secular Buddhist study and meditation group which has been meeting for the past two and a half years.

So, sit back, relax, and have a donut-flavored coffee. All it takes is coffee — and a donut.

“I think the danger of even non-theistic religion is the ease with which dogma, reference to authority, and suppression of unpopular views can impose orthodoxy and repress optimally creative dialogue and growth.” — Earl Frank Rectanus