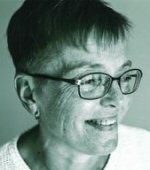 Bonnie Sumana Ryan-Fisher joins us to speak about her new book Mindful Moment: 52 Weeks of Mindfulness, Exercises and Reflections.

When I first heard about secular mindfulness programs like MBSR, I had a judgmental reaction. This isn’t Sati, you can’t condense mindfulness into eight weeks, this is a watering down… all of the usual criticisms from a traditional Buddhist point of view, even though I’m secular. Fortunately, this internal monologue did not go unnoticed, nor did it escape the reality of it being based in ignorance. I’ve change since then, hopefully grown and learned, and now see that one context of mindfulness doesn’t have ownership over another context of this way of being in the world. There still remains a dichotomy, however, that these have to be different things. Our guest today shows how we Buddhists can encounter mindfulness in another way that’s still as Buddhists.

Bonnie Ryan-Fisher is a dedicated lay Buddhist practitioner who leads meditation and yin yoga classes in Whitecourt, Alberta Canada. She’s also a longtime writer whose recent work inclines toward Dhamma. Bonnie’s first meditation teachers were found in books and her practice began in the 90’s in a great deal of isolation. In 2014, two years after finally founding a sitting group in her hometown, she launched her blog, Mindful Moment (mindful-moment.webnode.com) as a place to share that 20-year journey with others also finding their way. Special thanks to John Negru, our dear friend at The Sumeru Press for his coordination of today’s interview.

So, sit back, relax, and have a nice Apple Cinnamon Spice tea.

Posted in The Secular Buddhist Podcast
← Controversies Over Clothing and FoodIs Nirvana Indescribable? Is it Permanent? →