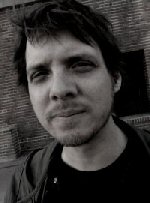 Zen teacher and author Brad Warner joins us to speak about his new book, It Came from Beyond Zen!: More Practical Advice from Dogen, Japan’s Greatest Zen Master.

The Shobogenzo is one of Zen’s most treasured volumes from Dogen, written in the thirteenth century. But don’t let that timeframe fool you, the wisdom from the Shobogenzo applies to us today, especially with the contemporary, irreverant, and pragmatic analysis of today’s guest.

While playing hardcore punk in the early 80s, Brad Warner became involved in Zen Buddhism. He made it to Japan in 1993 where he began studying the philosophy with an iconoclastic rebel Zen Master named Gudo Nishijima. After a few years, Nishijima decided to make Brad his successor as a teacher of Zen. In addition to several books, he has published work in the Buddhist magazines Shambhala Sun, Buddhadharma, and Tricycle as well as rock magazines such as Alternative Press, Maximum Rocknroll and Razorcake.

So, sit back, relax, and have a nice Beyond Beyond tea.