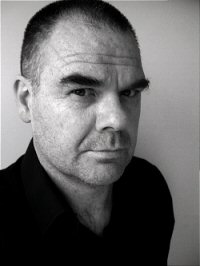 Jayarava joins us to speak about his blog, Jayarava’s Raves, and his thoughts and reflections on being a pragmatic Western Buddhist.

Secular or religious. It’s like you’re choosing decaf, or rocket fuel. We remain critical of each other’s ways of approaching our traditions even within the traditions themselves, and simple questions can be taken as disrespectful, rather than… simple questions.

Of course, sometimes we do mean to be derisive. When there are claims that are demonstrably incorrect and are harmful, like the disproven claim that vaccination causes autism, those claims should be aggressively debunked. Without such action, we have things like the recent deaths from preventable illnesses like whooping cough in California.

Other times, when claims are neither demonstrable nor traceably harmful, we may be better served by respectful engagement than divisive speech. I’m guilty of it. And am trying to do a better job of monitoring things like the quotes which I post in the FaceBook Fan page. Sometimes an honest question can be interpreted in a way it is not intended, but sometimes I’ve also posted links or quotes that are openly harsh without needing to be.

Fortunately, we have choices. We can be openly atheistic, and respectful. Engaging with those who’s practice isn’t meaningful to us, without sacrificing the integrity of our own point of view.

My guest today has done an admirable job of demonstrating that balance of being a pragmatic Westerner, questioning with a critical mind our Buddhist practice. Jayarava’s approach to Buddhism is based on the teachings of Sangharakshita the founder of the Triratna Buddhist Order. He has supplemented this with his own study and practice, the results of which can be read on his blog Jayarava’s Raves. He is particularly influenced by scholars such as Sue Hamilton, Jan Nattier, Paul Harrison, Greg Schopen, and Richard Gombrich, and takes into account ideas and discoveries from evolutionary biology and neuroscience.

So, sit back, relax, and have a warm pint. Hey, our guest is in the United Kingdom, so tepid beer it is!

“Buddhist methods aim to create the conditions for a useful investigation of the mind. Ethical practices create restraints that help us to focus on what is important, and to limit inputs – like the old adage ‘we are what we eat’ the mind is strongly affected by what comes in through the senses, and if we are to have any hope of understanding what is going on in our minds then we need to cultivate calm and contentment. Having attained some measure of calm we begin to examine the nature of experience and our relationship to it, in order to be liberated from the reactions. I believe that all Buddhist practice boils down to this.” — Jayarava