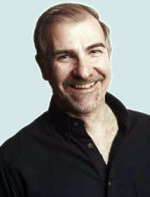 Stephen Schettini speaks with us about his experiences as a Tibetan monk in his book, The Novice: Why I Became A Buddhist Monk, Why I Quit, And What I Learned.

We’re very fortunate to live in a time where we can have experiences our ancestors could never have dreamed of. Our modern communication age is shrinking the world, often in a good way, as we’re able to learn from people we would not otherwise have met, and participate in cultures foreign to us. We find mixes of people, beliefs, practices, and attitudes about living in the world, about what it means to grow as a person.

How wonderful the opportunities are for us all! Whether it works out and we integrate ourselves into environments strange and new (to us), or whether we simply don’t fit and move on, there’s always something to learn from where we go, and the people we meet.

Today’s guest is Stephen Schettini, here to speak with us about his experiences as an Englishman becoming not just a Buddhist, but a Tibetan monk. And how he grew from that experience after setting robes and bowl behind.

Stephen is the founder and director of Kudo.ca Communications and Quiet Mind Seminars. He’s led hundreds of meditation workshops in the Montreal area since 2003 through www.thequietmind.org, and has contributed columns regularly to local newspapers and to The Suburban, Quebec’s largest English-language weekly. He also freelanced for the Montreal Gazette. Stephen made a living in print communications and over the next 20 years authored, co-authored, illustrated, and designed dozens of books on information technology and health science.

So, sit back, relax, and have a Balvenie Doublewood. Neat.

“The challenge was to bridge the insights of Buddha’s homeless life with 21st century realities.” — Stephen Schettini

“Years of meditation, studying and reflection have led me to believe that the Buddha Siddhattha Gotama was what I can only call a humanist and skeptic of the first order. He had no time for the religion of his day or the eternally inconclusive debate as to whether or not there is a creator God. His question wasn’t why are we here, but here we are — now what? Clearly, he saw philosophy as a way of life to be put to use, not as an emotional crutch or a merely conceptual structure.” — Stephen Schettini

“Today there’s a new wave of Westerners interested in Buddhism. They don’t want to join any exotic belief system and are motivated more by pragmatism than any visceral need for religion. That motivation is deeply rooted in daily experience.” — Stephen Schettini

“The important thing is that we have better human beings around. It doesn’t really matter if you call them Bodhisattvas or Buddhist or atheists or Christians for that matter… We’re making the world a better place, one person at a time.” — Stephen Schettini