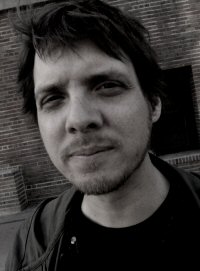 Brad Warner speaks with us about his new book, Sex, Sin, and Zen.

Kamesu micchacara veramani sikkhapadam samadiyami. I undertake the training rule to abstain from sexual misconduct. This is the third training precept out of the five precepts one undertakes in Buddhist training. But, what does it mean? And how does our modern culture’s view of sensuality impact this not-so-modern rule?

There are very specific actions listed as ones to be avoided in the Pali canon, pertaining to sexuality’s mis-use. The short form is in keeping with Right Intention, in that we should avoid causing harm. The wonderful thing about this approach is that it allows our practice the flexibility to fit into different cultural contexts. What may have been socially stigmatized at one time, may be acceptable in another. The core resolution we make is not hurting self or others.

But, there’s also a component of abstaining from sex in certain situations, like on retreat, or for monastics of some traditions. Where we often get confused as lay practitioners is the distinction between non-attachment, and giving up of sensuality altogether.

Our guest today is Brad Warner, Zen monk, writer, bass player, and film-maker. He wrote the books Hardcore Zen, Sit Down And Shut Up, Zen Wrapped in Karma Dipped in Chocolate, and Sex, Sin, and Zen. He received Dharma Transmission from Gudo Nishijima Roshi, who received his transmission from Rempo Niwa Roshi who, at the time was the head of the Soto Sect in Japan. Brad was also a student of Tim McCarthy, who was a student of Kobun Chino Roshi.

So, sit back, relax, and have a nice Sex On The Beach. Really, what else was I going to say for this episode?

“Much of the hatred and fear of sexuality found in religions stems from the idea that sex is a thing of the body and that the body must be denied so that the spirit may be elevated. In Buddhism there is no notion that the body is made of inferior matter while the spirit flies free within.” — Brad Warner