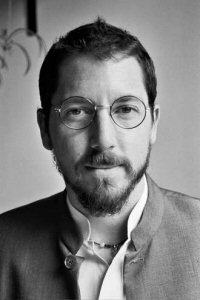 Our guest today Matteo Pistono speaks with us about his very new book, In the Shadow of the Buddha — Secret Journeys, Sacred Histories, and Spiritual Discovery in Tibet.

Many of us have an oblique understanding of alleged human rights abuses against the Tibetan people by the Chinese government. We know the Dalai Lama fled his homeland, but what he was fleeing, and what is currently going on in Tibet, is something of a mystery to many of us.

Social engagement and activism has always been a part of Buddhism. There is no period in history in which it has not played a role, in some way, impacting the society in which it’s found. Tibet is one of sadly many places in which basic human rights have taken a beating from the interests of political power. China does a very effective job of obfuscating what is happening to the people of Tibet, to their culture, to their freedoms.

Matteo Pistono is a writer, practitioner of Tibetan Buddhism, and author of In the Shadow of the Buddha: Secret Journeys, Sacred Histories, and Spiritual Discovery in Tibet. Pistono’s images and writings about Tibetan and Himalayan cultural, political, and spiritual landscapes have appeared in BBC’s In-Pictures, Men’s Journal, Kyoto Journal, and HIMAL South Asia. Pistono was born and raised in Wyoming where he completed his undergraduate degree in Anthropology from the University of Wyoming, and in 1997 he obtained his Masters of Arts degree in Indian Philosophy from the School of Oriental and African Studies at the University of London. After working with the Smithsonian Institution in Washington D.C. on Tibetan cultural programs, Pistono lived and traveled throughout the Himalayas for a decade, bringing to the West graphic accounts and photos of China’s human rights abuses in Tibet. He is the founder of Nekorpa, a foundation working to protect sacred pilgrimage sites around the world, and he sits on the Executive Council of the International Network of Engaged Buddhists, Rigpa Fellowship, and the Conservancy for Tibetan Art and Culture. Pistono and his wife, Monica, divide their time between Colorado, Washington D.C., and Asia.

So, sit back, relax, and have a nice butter tea in honor of our Tibetan topic for today.