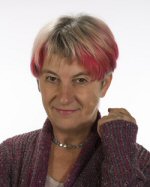 Professor Sue Blackmore joins us to speak about meditation, consciousness, and her move from belief in the paranormal to skepticism.

It is fairly well-known that I’m a skeptic. Not to be confused with a cynic, or a denier. As host of the Skeptics Guide to the Universe podcast, Dr. Steven Novella of the New England Skeptical Society, has described:

“A skeptic is one who prefers beliefs and conclusions that are reliable and valid to ones that are comforting or convenient, and therefore rigorously and openly applies the methods of science and reason to all empirical claims, especially their own. A skeptic provisionally proportions acceptance of any claim to valid logic and a fair and thorough assessment of available evidence, and studies the pitfalls of human reason and the mechanisms of deception so as to avoid being deceived by others or themselves.”

Our experiences in meditation and other states of consciousness are worth studying. Beneficial, observable effects occur, but we sometimes get tripped up in the conclusions we draw about them, and the causes we think explain them. Skepticism provides us with a way to assess what we think may be happening, and learn. What we find may not be “comforting or convenient”, or even close to what we thought was happening, but our practice is about seeing things as they really are, not how we want them to be. With the cleansing of delusion, we have an opportunity to learn and grow on a stable foundation of knowledge.

My guest today is uniquely skilled and suited to this podcast, as I rarely get to speak with someone who is well known to both skeptics and meditators alike. Sue Blackmore is a freelance writer, lecturer and broadcaster, and a Visiting Professor at the University of Plymouth. She has a degree in psychology and physiology from Oxford University (1973) an MSc and a PhD in parapsychology from the University of Surrey (1980). Her research interests include memes, evolutionary theory, consciousness, and meditation. She practices Zen and campaigns for drug legalization. Sue Blackmore no longer works on the paranormal.

She writes for several magazines and newspapers, blogs for the Guardian newspaper and Psychology Today, and is a frequent contributor and presenter on radio and television. She is author of over sixty academic articles, about fifty book contributions, and many book reviews. Her books include Dying to Live (on near-death experiences, 1993), In Search of the Light (autobiography, 1996), Test Your Psychic Powers (with Adam Hart-Davis, 1997), The Meme Machine (1999), Conversations on Consciousness (2005), Zen and the Art of Consciousness (2011) and Consciousness: An Introduction (a textbook, new editions 2010 and 2011). Her work has been translated into more than 20 other languages.

So, sit back, relax, and have a nice Sumatra Black tea.