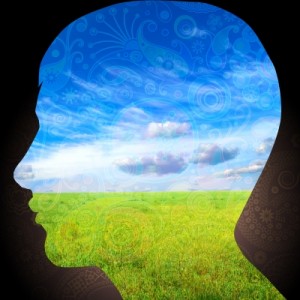 The self is perhaps one of the most fraught and confusing elements of the dhamma. The Buddha considered it an advanced teaching: it’s not something he brought up in discussions with laypeople. Indeed, the great lay benefactor Anāthapiṇḍika was apparently not aware of any of the doctrine of non-clinging until his deathbed, and urged that the Buddha teach it more widely. (Majjhima Nikāya 143.15). It also does not occur explicitly in either the Eightfold Path or the Four Noble Truths, which are the heart of the dhamma. Even in the gradual training, ‘self’ only comes up indirectly in the eradication of bhavāsava, the taint of clinging to existence, at the very end of the path. (MN 27.26) This tells us that self-view does not completely disappear until nibbāna. That is to say, even very advanced Buddhist practitioners will cling to some residual notion of a permanent self.

For most of us it’s enough to be aware of the problem, in particular as it reveals itself in conceit and egotism, and leave it at that. In other words, for most purposes of the householder life, it’s sufficient to work to reduce our knee-jerk egotistical and conceited approach to life. Note that for the Buddha, “conceit” had three elements. One is conceited by thinking oneself better than others: this is how we ordinarily take “conceit” to be. But one can also have the conceit that one is worse than others, which may lead to envy or resentment, or that one is just the same as others, which may lead to complacency. So for the Buddha, any overall comparison of oneself with others is a form of “conceit”, since it reinforces a sense of self.

Now, as to that sense of self: the word the Buddha used for self is “atta” in Pali, derived from “ātman” in Sanksrit. While the Buddha criticized many, diverse views of the self, the one he was most concerned to reject was the view of the self as a permanent, unchanging “ātman“. In Brahmanism, the ātman was taken to be the focus of ritual and soteriological practice: one gained escape from saṃsāra by realizing the unity of one’s own ātman with Brahman, the universal ground of all reality.

It’s a common mistake to claim that the Buddha believed in ‘no self’ in the sense that there are no persons, no individuals. In fact, he argued for a view of ‘not-self’, that is, that the self is not identifiable with any of the objects of experience.

We can show by three examples that the view of ‘no self’ is incorrect. First, the Buddha says that the view “no self exists for me” is part of the “thicket of views” that one should avoid. (MN 2.8). Second, part of the reason why the Buddha rejects materialism is that it involves the apparent annihilation of the self after death. (Dīgha Nikāya 1.3.9ff) “Annihilationism” or no-self is the other extreme, along with the “eternalist” ātman, that the Buddha is concerned to reject, in favor of a middle way between them. Third, the Buddha’s rebirth and kammic reward would be impossible if there were no selves, persons, or individuals.

As Ṭhānissaro Bhikkhu says in his book Selves & Not Self:

If you’ve ever been in an introductory course on Buddhism, you’ve probably heard this question: “If there is no self, what does the action and what receives the results of the action?” … [T]his question is misconstrued in two ways.

The second reason why the question is misconstrued is because it has the framework backwards. … Kamma is the framework, and the teaching of not-self is meant to fit in the framework. In other words, the Buddha takes the teachings on skillful and unskillful kamma as his basic categorical teaching. (pp. 65-66).

Nevertheless, the Buddha refused to answer questions about the nature of the self because in doing so one “is not freed from suffering” (cf. MN 2): the root problem with suffering is clinging, as in the Second Noble Truth, and there is nothing we cling to more tightly than our sense of self. Were the Buddha to propound a theory of the self, it would simply promote clinging to whatever the Buddha theorized. So he was at pains simply to note that the self could not be identified with any of the objects of experience.

At the same time, however,

Your own self is
your own mainstay,
for who else could your mainstay be?
With you yourself well-trained
you obtain the mainstay
hard to obtain. (Dhammapada 160)

If we neglect ourselves, neglect to cultivate skillful intentions and remove unskillful ones, neglect hiri (moral shame) and ottappa (moral dread), we are bound to create bad kamma which will come back to harm us. This is the Buddha’s picture. The very idea of moral shame comes from a healthy sort of self-respect: a sense that we are worth too much to form such intentions.

As we have seen, the Buddha considered his approach to the self to be something more or less exclusively an advanced teaching: it occured only tangentially in canonical descriptions of the path, and is only fully comprehended at nibbāna. He also avoided formulating an explicit doctrine of what the self was, preferring to stick to descriptions of what it was not.

He was so thorough at stating what the self was not that it can be difficult to figure out what sort of thing could carry out the processes that the Buddha himself claimed the self carried out: including doing actions and receiving results, in Ṭhānissaro’s words. With a nod to the Buddha’s reluctance to formulate the doctrine, we can nevertheless sketch a sort of theory that might fit, which is something of a middle way between eternalism and no-self.

At base the Buddha’s approach is reductionist. All that we can ever be is given by the five aggregates: form, feeling, perception, volition, and consciousness. But as Ṭhānissaro says, “The Buddha doesn’t say that these aggregates are what your self is; they’re simply the raw materials from which you create your sense of self.” (p. 14)

The question is how these materials allow that I am the same person tomorrow that I was yesterday. This particularly impinges with questions of ethics and kamma: how are things such that who did the action yesterday could get the result tomorrow? In philosophy, this is known as the question of “personal identity”. It’s where the rubber hits the road.

Contemporary analytic philosopher Derek Parfit worked out what is perhaps the most famous example of such a theory in the 1980s, in his brilliantly influential book Reasons and Persons. I recall it as one of the few contemporary books assigned me in different undergraduate philosophy courses. Parfit presents a number of science and science-fiction derived thought experiments, too numerous and detailed to go into here, explicitly confirming the Buddha’s approach to the self. He expresses the “Reductionist View” this way:

Because we ascribe thoughts to thinkers, it is true that thinkers exist. But thinkers are not separately existing entities. The existence of a thinker involves the existence of his brain and body, the doing of his deeds, the thinking of his thoughts, and the occurrence of certain other physical and mental events. We could therefore redescribe any person’s life in impersonal terms. In explaining the unity of this life, we need not claim that it is the life of a particular person. We could describe what, at different times, was thought and felt and observed and done, and how these various events were interrelated. Persons would be mentioned here only in the descriptions of the content of many thoughts, desires, memories, and so on. Persons need not be claimed to be the thinkers of any of these thoughts. (p. 251).

As a result, for Parfit there are no selves or persons as separate entities, apart from certain streams of physical and mental events. What matters is not the existence of souls, persons, or even strict identity over time. Instead, for Parfit, “Relation R is what matters. R is psychological connectedness and/or psychological continuity, with any cause.” (E.g., p. 262).

What makes us selves, individuals, persons over time is just that we are a causally connected and continuous stream of psychological (or perhaps psycho-physical) events. As Parfit emphasizes, “Buddha would have agreed.” (p. 273).

Buddha claimed that, though [it] is very hard [to believe the Reductionist View], it is possible. I find Buddha’s claim to be true. …

The truth is very different from what we are inclined to believe. Even if we are not aware of this, most of us are Non-Reductionists. … [W]e would be strongly inclined to believe that our continued existence is a deep further fact, distinct from physical and psychological continuity, and a fact that must be all-or-nothing. This is not true.

Is the truth depressing? Some may find it so. But I find it liberating, and consoling. When I believed that my existence was such a further fact, I seemed imprisoned in myself. My life seemed like a glass tunnel, through which I was moving faster every year, and at the end of which there was darkness. When I changed my view, the walls of my glass tunnel disappeared. I now live in the open air. There is still a difference between my lives and the lives of other people. But the difference is less. Other people are closer. I am less concerned about the rest of my own life, and more concerned about the lives of others. (pp. 280-81).

Persons are not like glass tunnels or unbroken threads. Instead they are like nations, clubs, or committees. They are complex constructs, like Milinda’s chariot in the Milinda Pañha. Since personhood is a somewhat vague and indeterminate matter, one that is fuzzy around the edges, we are not as separate from others as we might have thought. But we are also not as much ourselves.

A secular interpretation of the self will do away with the strong notion of kammic causation, and the rounds of saṃsāric rebirth.* There is no evidence for the certainty of kammic reward, nor for significant continued psychological connectedness or continuity after bodily death.

To that end, a Secular Buddhist view of the self is actually somewhat thinner than the Buddha’s own: as I’ve argued before, using an ancient analogy to our modern approach, Secular Buddhism mixes elements from the “annihilationist” materialist Ajita Kesakambalī’s view of persons with the ethical and practical teachings of Siddhattha Gotama.

It may be that one day in our future we will be persons who have to confront the possibility of brain transplants, neural implants, mind uploads, or teletransporter duplicates. Perhaps those future beings will have constructed a real world of saṃsāric rebirth, where questions of identity through radical transformation become more acute. But for now at least, these exist only in the realms of theory and speculation. So for now Parfit’s “relation R” still corresponds very closely to our intuitive understanding of single minds in single bodies and brains.

Although we cannot simply identify ourselves with our brains, what we are is constructed out of our brains and depends upon them intimately. Like all physical things, brains inevitably pass away, and we cannot survive their deaths. All the more reason to strive diligently.

* Interestingly, Parfit (p. 227) claims that rebirth, were there really evidence for it, would tend to support the view of an ātman — some “further fact” about self identity — rather than the Buddha’s view that the self was a construct. I am inclined to agree with him.