Article originally posted on Medium – I Suffer by Dan Hanly 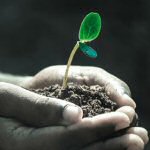 I feel like I’ve always been a spiritual person. I use the word spiritual here, and not religious — in-fact, I’ve had a vehement dislike of religious trappings for as long as I can remember. I am and have always been an atheist — averse to the belief of any sort of higher being, deity, or divine creator.

I hear you; how can I be both spiritual, and atheist? Well to me, spirituality and religion are separate entities, but they are both most-often found as a pair. With me, it’s not quite like that. One of the (granted, many) definitions of spirituality is a connection to something bigger than ourselves, typically manifesting in a search for purpose or meaning. It’s almost a distaste for the preconceived notion that I’m born, I live and I die, with no discernible reason. This is why spirituality and religion go hand-in-hand, because most religions make a grand attempt at providing this reason.

It is perhaps this spirituality that first attracted me to Buddhism. However, I was challenged initially by my staunch atheism, and found it difficult to reconcile the two. Over time, as I began to nurture a solely academic interest in the religion. I could see the obvious benefits, as they would apply directly to myself. Buddhism provided the truth that suffering is a necessary and unavoidable feature of life, but also supported this knowledge with a prescription for this lifetime ailment.

I began a practice.

I started with a wonderful book by Steve Hagen — Buddhism Plain & Simple. It stripped away the fetters of ritual and tradition, instead opting to teach the core of Buddhism; the Dhamma. I learned of the Four Noble Truths, the Eightfold Path, Impermanence and the Views of Self. It doesn’t claim to be a catch-all book that covers everything, but what it does cover is enough to set in motion a greater quest for knowledge — it did exactly that. From this, I read the Dhammapada (Translation by Gil Fronsdal), then onto the Suttas themselves, beginning with Digha Nikaya (Translation by Maurice Walshe).

I’m a software engineer by trade, and have been for over a decade, this has instilled within me a mindset of logic and rational thought. It was this rational mindset that I found did not work in concord with the more metaphysical aspects of the religion, namely, rebirth, karma, and the pantheon. I reached an impasse. If I wasn’t able to put faith into these aspects, then what was the point in going further?

Over the evolution of Buddhism, there have been many schools and traditions that have adapted entirely to the culture of the local area. There is no One True Buddhism — it doesn’t exist. When Buddhism entered many of the Asian cultures, it changed — the Chan tradition in China differs from Theravadan tradition which has it’s home in Sri Lanka, different again is the Zen tradition from Japan.

This fact in and of itself allows you to think of Buddhism in a different way. It’s a core set of teachings, that has been deftly integrated with a target culture, or system of local thought.

Furthermore, there is a deep cultural difference between the West and the East; from history, to philosophy, writing, art and even sport. So it stands to reason that a Buddhism that works in the East will not work quite so well in the West.

The Secular Buddhist, a podcast run by self-described ‘Atheist who practices Buddhism’, Ted Meissner provided me with perhaps the most valuable connection to Buddhist study. He is not only another who shares my views, but this podcast, and the connected Secular Buddhist Association, also represented a larger group of practicing Buddhists all under the banner of rational, unaffiliated thought. Through this association, Buddhism has been cleverly integrated with a system of local thought that applies directly to me — it’s adapted in a way to make it appealing and helpful to those who are secular, from the West.

It changed the way I thought of Buddhism, but did so in a very respectful and honest manner. It felt less like a religion, and more like a practice, or a philosophy. It was something that I could bring forward into my life to have a better control over my state of mind, and more importantly, how I conduct myself with others.

So on goes my study and my practice. I’m an atheist, with all associated values; rational, logic based thought, questioning, learning, dismissal of the untested or untestable — but I practice Buddhism. I’ve found an acceptable way of marrying the two, without disrespect to either, and this is critical for me.

Through all of this, I’ve come to realise that I do have a spiritual home. It’s a way for me to satiate myself on those big life questions, a way for me to conduct myself in a more respectable way, and a way for me to share these thoughts with other like-minded individuals.

It’s important for me to understand my own suffering and the suffering of those around me. Though perhaps more importantly, I need to own it.