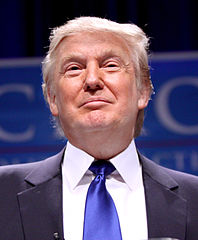 Religious Buddhists are serious about universal love. Even Psychopaths Need Love, Lodro Rinzler writes.  Lama John Makransky writes in Awakening Through Love: “Those who point to Hitler as reason not to cultivate all-inclusive love, insisting that people who are that evil should never be included in such a wish, do Hitler honor by imitation. To believe that some people do not deserve a wish of love, that they are only to be hated, is the belief that Hitler embraced and took to its extreme.”

I write about psychopaths in the context of loving-kindness (metta) meditation in my new book, Secular Meditation: 32 Practices for Cultivating Inner Peace, Compassion, and Joy. Is it wise to include psychopaths in the circle of love, and what would it mean to do so?

The psychologist Robert Hare developed a psychopathy checklist to identify people in this category. As he wrote in his 1993 book Without Conscience, it’s characteristic of psychopaths that although they lack empathy for others, many of their other emotional faculties are intact, and in fact they can be very flattering and charming. Despite the terms psychopath and serial killer being almost synonymous in popular culture, most psychopaths are not violent. Intriguingly, Hare is also the co-author of the book, Snakes in Suits, about psychopaths who flourish in the corporate environment.

A glance at the Hare Psychopathy Checklist suggests that Donald Trump registers strongly in one of the two clusters of traits on the list, “Aggressive narcissism”. These include certain traits that he might well own up to, including “Glibness/superficial charm,” a “Grandiose sense of self-worth,” and “Cunning/manipulative.” Trump would no doubt deny “Pathological lying,” “Lack of remorse or guilt,” and “Failure to accept responsibility for own actions,” but his debunked claim that thousands of Muslims in Jersey City cheered 9/11 and refusal to walk it back is just one point of evidence consistent with this judgment. His call to ban the entry of all non-citizen Muslims into the US and expressed willingness to kill innocent family members of terrorists indicate “Callousness; lack of empathy.” However, Trump’s history does not fit into the cluster trait of “Socially deviant lifestyle,” which include items such as “Lack of realistic long-term goals.” Clearly, Trump is a man who has achieved many goals and his currently goal, to become president of the United States, is unfortunately, not entirely unrealistic.

So Trump may not be a full-fledged psychopath, but he shows clear signs of psychopathology. Should we love him anyway?

Although the concept of loving-kindness, or metta, goes back to the historical Buddha, the earliest source of the loving-kindness practice that I’m aware of is the classic text, the Visuddhimagga. It talks about cultivating compassion and loving-kindness toward a hostile person so that you reduce your own ill will and shift toward a neutral emotional tone. But that doesn’t mean everything is okay and you just accept what they’re doing. From a secular perspective, neutralizing your ill-will allows you to think rationally about the situation.

Once we move beyond or reactivity and ill-will, once we think coolly and rationally about the situation, we can see that having a callous person like Donald Trump as commander-in-chief, with military forces at his disposal, might lead to great harm. So we are justifying in opposing him vigorously.

But what is the best way to do so? Just as Trump plays on people’s emotions, it does seem that evoking emotions like disgust about Trump’s statements is an effective tool, to the point where even foreign leaders like British Prime Minister David Cameron have condemned Trump’s advocacy of Muslim exclusion.

I’d rather condemn the policies and not the person, but having Trump as president could be very harmful, whereas Trump continuing in his role as a real estate developer would be not so harmful (except to good taste).  While mindfulness promotes nonjudgment in a an emotional sense, we need to make wise decisions when we consider hiring a person for a job like president.

I’d be interested in your thoughts about how to deal with a high-psychopathology individual in keeping with the spirit of minimizing suffering and maximizing happiness of all.

Posted in Articles
← Batchelor's "After Buddhism": A ReviewThe Importance of How We Translate: The End of Suffering →