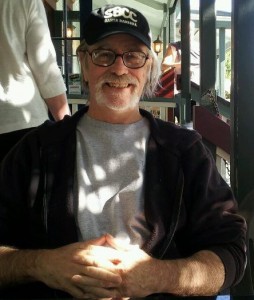 Everyone, I would like to share our dear friend and Senior Advisor Jan Ford’s most pressing thoughts and interests for the Secular Buddhist Association, and our mission, prior to his passing. Thanks to Dana Nourie, we have permission to publish this personal message, crafted while Jan was heavily sedated and struggling with the health issues that eventually took him from us. Nonetheless, this rough outline of his thoughts contain the passion of the reformer and social activist, strength of the martial arts teacher, perspective and wisdom of the sociologist, and sincere compassion of a man dedicated to improving the human condition.

This text is completely unedited, and after, I present a few points of my own understanding based on conversations we’ve had with Jan over the past couple of years regarding what he would like to see. Your comments and ideas are welcome.

I fear for SecBudAss. “hijacked” by philosophers stuck in a battle for linguistic supremacy. It is the vital ideas that ignite the human imagination and resonate in time and space.

Key hypothesis: Buddhism contains ideas that resonate with large numbers of people because they speak to the resolution of the principle contradiction of mental “suffering” and alienation experienced by individuals positioned within the professional stratum of the global culture. One path that this takes is secular Buddhism.

Hypothesis 2: Religious Buddhism, along with Hinduism, and the Abrahamic religions resonate with those who are principally physically exploited and oppressed partially because they hold out hope for a better life in the after realm. And provide them with a sense of self esteem as the possessors of sacred gnowledge.

Given the above is it possible for a secular movement based in non-religious Buddhism to attract a mass base encompassing at least a larger minority if not a majority of the world’s population? We know these movements can happen because we saw this with Marxism for 130-40 years in the 19th and 20th centuries. Marxism began as a movement based in professional and academic circles but quickly spread to the industrial working class and other stratum because it explained their suffering and provided a practical solution. Is there any reason to believe that SecBud cannot do the same?

Unfortunatly several conditions hold this back of which the following is principle:

1. The professional class basis of adherents which allow privileges not granted to the majority of the world’s people’s. This tends toward only wanting to reform the general system and not fundamentally change it. To only to seek to change the individual to suffer less alienation within the system. E.g. chilling with meditation while continuing to perform alienating labor. We sit on the cushion for 10 and then go to a job we hate or dislike. This becomes a band-aid approach which does nothing to change the underlying structures of alienation.

Does it speak to those suffering physical exploitation and oppression? Or are those still most likely to be attracted to religious/supernaturalist movements. The answer is no to the former and yes to the latter at this point. So, SecBud must either be content to be a narrow focus or find a way to transform its class bias, The danger is that like therapy, it can be used as a tool for turning people away from seeking solutions to the important social issues of the day inward toward the individual self cultivation only,

But is it possible to programatically reform SecBud in such a way to transform it into a movement of fundamental structural change. What would such a program look like?

One of the concerns that Jan shared with us, long before this email, was that our efforts in fostering the development of a contemporary practice informed by Buddhist teaching be distracted by influences that are in conflict with those efforts. There are a wide variety of approaches to the dhamma that can and do fall under the umbrella of being secular in nature. Whether one is interested in continuing a tone of religious Buddhism while finding pragmatic application to our culture, or a more scientifically inclined attitude about meditation’s impact on the mind, we see the benefit of these practices in our daily lives. The transformative effect is not constrained by our own personal growth, but find their biggest impact in how they improve our interactions with others, and that rippling into society. That evolution may be incremental, but has enormous potential for changing our world for the better.

Jan was very pragmatic, as his students of all kinds had the pleasure, and sometimes frustration, of experiencing. Techniques that had no positive benefit to show were set aside as not merely being non-contributive to a tangible outcome, but were found to be actively harmful in that attention to them actively took away from more meaningful development. Our shared interest was yielding positive results: people let us know every week that the presence of a website, podcast, and discussions about a secular Buddhist approach makes a difference in their lives, removing the hurdles we sometimes have in the form of doubt about this being effective and helpful.

To Jan, and to many of us here, doubt is a good thing when it prompts us to question, analyze, keep what is worth keeping, and move on. Doubt is a hindrance, here and traditionally, when it prevents us from progress on the path. He had identified that the constructive agenda was at risk from deconstructive criticism, questioning without any progress, derailing that wonderful potential for social change in favor of adherence to impractical philosophical rumination.

Make no mistake, conjecture and active dialogue are critical to any developing movement. But, an endless thicket of views in the manner we sometimes see crosses the line into intellectual one-upsmanship and philosophical bullying as views about what secular Buddhism is move into grossly inaccurate extremes.

Jan noted in his key hypotheses that the suffering concepts addressed by Buddhism contain, “ideas that resonate with large numbers of people”, and that, “Religious Buddhism, along with Hinduism, and the Abrahamic religions resonate with those who are principally physically exploited and oppressed partially because they hold out hope for a better life in the after realm.” He goes on to suggest that there may be enough people inclined to a secular approach to Buddhism to make this effort worthwhile, but that hurdles exist. Of primary concern to him was that this become a watered down Buddhism, a commercial endeavor supplying a door to relaxation for those socially comfortable enough to practice, but not supporting the fundamental change to people in all layers of society, and thereby enabling true social transformation. That light feint at meditation, not really addressing the comprehensive nature of true change, not only prevents it but actively continues to propagate the problems inherent in a system already skewed. Without that open and sincere awareness of the problems in this world, fixing them isn’t possible.

At the heart of the matter were Jan’s concluding lines:

“The danger is that like therapy, it can be used as a tool for turning people away from seeking solutions to the important social issues of the day inward toward the individual self cultivation only. But is it possible to programatically reform SecBud in such a way to transform it into a movement of fundamental structural change. What would such a program look like?”

We’ve been very open here that meditation, for example, is not just about meditation. It’s about what we take from that practice and put into play off the cushion, in the real world. More broadly speaking, Buddhism is about transformation, and not just on a personal level, but in our contemporary world we need to think globally as that’s the context we’re in. Sure, self cultivation is important, and that’s a starting point, but it’s not the end goal.

So here, in keeping with the direction we initially set and Jan was so very passionate about, we want to take opportunities to promote that supportive community for change in the world that extends beyond the cushion. We will not stop at doing our best to make this teaching and practice available outside of a very comfortable socio-economic class. We will do our best to invest our time and energies into directions that foster such change, and simply not engage with de-constructive discussion that include nothing of pragmatic value.

Not just because Jan wanted it that way, and not just because it’s the right thing to do. But because we decide in every moment how to influence one another, and we want to build the conditions that lead to a more fruitful life — for everyone.