Part 2 of a series on communicating controversial topics

In the last month, I’ve had online conversations with a Muslim who tried to convince me Allah is the only and true god, a Christian who tried to persuade me that Jesus is my Savior, several traditional Buddhists who insist that by not believing in reincarnation I’m screwing up my karma and the karma of others, and an Atheist who believes that crop circles are made by aliens.

In each case, I was approached by the person wanting to make their case in response to some article, blog, or video I had posted. These conversations had several traits in common: 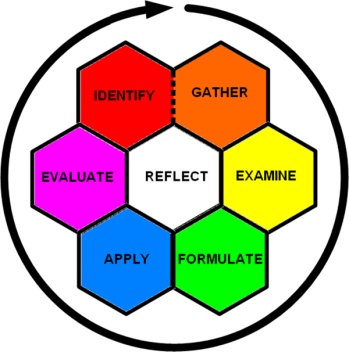 Yet, for me, the time invested was not time wasted. It fascinated me to  see  how similar these conversations were, and how utterly pointless from a change of point of view perspective. So, should we even bother to engage in these conversations, or should we just shut up when they arise?

Recently at The Amazing Meeting (TAM) conference I attended, I went to a workshop called Advancing Skepticism Online. I found it helpful and instructive, not just for advancing skepticism, but for advancing any agenda, including secular Buddhism, and more importantly for discussing topics that tend to be controversial.

Much of our discussion concerned the online conversations that occur in the comments areas of blogs, articles, videos, as well as threads on Facebook and in our emails. A good majority of these conversations end up in bitter, angry name calling that is just juvenile. We all agreed, when a discussion deteriorates to that level of immaturity, bounce out immediately! You’ll only discredit yourself to others who come along by engaging in childish antics.

But are discussions like the ones I mentioned above worthwhile?  Doesn’t it seem pointless when someone is obviously locked into their belief? Actually no. Because while you may realize early on that no evidence is going to emerge that will change your mind, and that no evidence you present will change theirs, there are people reading the discussions, who are not directly involved, who may be open to what you are saying.

For instance, in various discussions we’ve had over the reincarnation issue, there could well be Buddhists reading that simply never questioned that viewpoint, or those who have and are relieved to see others sharing their doubts about it. While there is little chance you are going to change the mind of the person who originally engaged you in conversation, you likely will pique the interest of others who are reading the thread. After all, they did show up at your article, blog, or video for a reason. Additionally, occasionally, you’ll come across an new argument that you can learn from.

The following tips came up that are helpful in deciding if you should present your view or just shut up and leave:

We each have to decide internally for ourselves what kind of time we want to invest in these discussions. While on the surface they may seem pointless, you’d be surprised how many heads are turned and minds are changed from the quiet readers who are taking in all the evidence you’re providing, the statements you are making, and your logic and reason. I’ve had people email me to thank me for standing up for a certain point of view, for presenting information that explained some phenomena. I’ve had relatives of the person I’m arguing with email me to thank me for challenging their father or brother because they can’t.

We can’t make the world a better place in a day, and we certainly aren’t going to to it through just online conversations, but knowing when to share our perspective and when not to is a valuable skill we can all develop. It’s goes a long way in creating change in healthy direction.

Part 1 of this series: How to Engage Effectively in Controversial Discussions