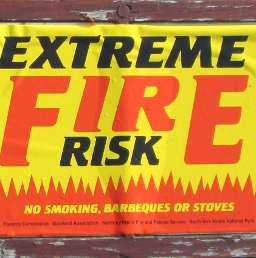 I enjoy listening to Interdependence Project podcasts and have found value in a number of them.

The ID Project presents itself as Secular Buddhist in its mission statement. But at least in this blog post by Lodro Rinzler, which I came across when it was tweeted out by the ID Project, I believe it fails in its mission to be secular.

In the post, Rinzler urges us to love psychopaths, “Even Hitler. Even Manson. Even Bundy.” That is certainly a provocative perspective. If he actually presented an argument that is based on evidence, either statistical data or even compelling anecdotes of the transformational power of love on deeply harmful human beings, I would agree that he presented a secular perspective, whether I agree with it or not.

I agree with the idea of feeling compassion for psychopathic criminals, especially once they have been apprehended, and could get on board with “loving” them, depending on how that’s defined, but my deepest objection is to Rinzler’s advice to “trust in basic goodness.” Rinzler doesn’t exactly say that we should trust psychopaths, but he does strongly suggest that if we trust in their basic goodness and act lovingly toward them (in a way he hasn’t clearly defined) there will be a good outcome.

I have read some of the academic research on psychopathology and even interviewed Dr. Paul Zak, an expert on oxytocin and the “bonding” system about this very topic.

People who are termed psychopaths have a biological problem (not necessarily genetic in origin. It can be caused by head trauma.) that makes them have difficulty in feeling empathy. They do not reciprocate empathy and trust when it is provided to them. Because it is biological, it is not necessarily their fault, and I don’t want to encourage mindless bigotry or discrimination against psychopaths. Most psychopaths are NOT violent, and many are not law-breakers.

Nevertheless, the data indicates that they have a different relation to trust that non-psychopaths and are not “trustworthy” by conventional standards.

This is not a theoretical question, but rather one that is quite specific to Western Buddhism. There as been active discussion on an SBA forum about scandals in American Sanghas and how we can avoid them in our own.

To make this even more pertinent, let me cite the recent scandal that hit the community that hosts my own Cambridge Secular Buddhists meditation group, the Humanist Community at Harvard. The organization recently hired a woman to a high profile job. After an article about her appeared in the New York Times, a series of events led to the discovery that she had fabricated her resume, and had not received the Master’s degree she claimed to have from Duke University. She acknowledged the falsification and is no longer with our organization.

I’ve met the woman in question and I’m pretty sure she’s not a psychopath. I’m not sure what her problem was, and I have compassion for her. But this illustrates the danger of believing that even in a non-profit public spirited organization, people can be fully trusted. Yes, on a day-to-day level, you need to trust your peers, but you also need accountants and auditors to make sure that the trust is not abused. I think one of the reasons for so many scandals in Buddhist organizations is that people think that everyone is so loving, so what could go wrong?

Getting back to actual psychopaths, imagine you were on the Board of a non-profit organization. If you knowingly hired a person with psychopathic traits to lead the organization, would you not be responsible for any harm they did?

Actually, there is some evidence that psychopaths are overrepresented among business leaders. It’s also my guess, without a lot of data, that they have a talent for political leadership. I’m not saying that psychopaths should be discriminated against if they have no actual blemish on their record, but if you are on that Board, you better make sure there is transparency and accountability so that such a leader (or any leader) can be held accountable.

When I tell people that I’m participating in Secular Buddhism, they often say something like, “Well, isn’t Buddhism pretty secular anyway?” I think this is because secular people have been gravitating to Buddhism and because Buddhism (the Tibetan version aside) generally lacks deities.

Ethan Nichtern, the founding director of the Interdependence Project, was interviewed on episode 59 of the Secular Buddhist podcast. Here is a blog post in which he discusses why Buddhism should not be framed as a religion. But if it’s not a religion, then you have to make arguments that are based on evidence and data, not my teacher said so. If Secular Buddhism is going to mean anything, I think it’s important to stand up for the idea that Secular Buddhism should be based on critical thinking rather than trusting in the authority of a teacher.