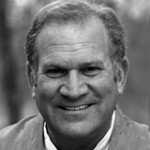 Ted and I attended the Buddhist Geeks 2012 conference this month, and I must say it was better than I expected. It definitely spoke to both the Geek and the Buddhist in me!

There were Buddhists of many traditions in attendance, and geeks of all kinds from scientific to computing, and combinations of both. It was fun to see people recognize Ted as The Secular Buddhist. He is becoming a bit of a celebrity. And it was really fun for me to meet Stephen Batchelor, Martine Batchelor, Ken McLeod, and David Chapman in person. I also had the wonderful opportunity to meet some of you!

All the talks were filled with animation, a lot of humor, and addressed the problems of our modern society. The phrase that came out and stuck in my head more than any other came from Lama Surya Das. I’ve seen Das speak before, and knew we’d be in for a treat. I was not disappointed. Das has a wonderful sense of humor, speaks at a fast clip, and addresses issues we can relate to.

When it was time for Q&A, he was asked how do we change Buddhism to fit our modern lives in the US, without the Asian cultural trappings, without the hierarchical structures of teachers and students, without the rituals that are meaningless to so many Americans? “I have two words for you, Occupy Buddhism.” Das went onto explain that the Dalai Lama can’t change the sexism in his tradition. He is “completely hemmed in.” But, Das pointed out, we can teach Buddhism here without the sexism, as we have done, he said, pointing at some of the current female Buddhist leaders.

He also talked about how students and teachers are not caught up in the hierarchy here, as they are abroad, that here teachers often sit with students. You don’t change Buddhism, Das pointed out, but you change you, and Buddhism adapts to you. As I listened to Das, I thought of secular Buddhism, and our discussions here on SBA. It was a resounding theme with people I spoke with at the conference as well:  How do I learn Buddhism without the ancient cultures, without the archaic language, the strange metaphors? Secular Buddhism as it is developing seems to be a nice fit for many, as most have a hunger for practice without beliefs, without the supernatural. 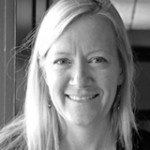 Talks then turned to a more geekish tone, as the scientists stepped up to give their talks. The first from Willoughby Britten, Mindful Binge Drinking and Blobology, was about the current sad state of studies on meditation and contemplative practices, followed by the future of these studies. It was fascinating for me to learn that the majority of studies done on meditation don’t show evidence of anything, but the media gets a hold of these and has turned them into Meditation has been proven to . . .

Being the neuroscientist/researcher that Willoughby is, she came equipped with numbers, and charts. She pointed out how meditation has not been defined well, and that it is being pulled out of the context of other contemplative practices. In the end, she announced that she has received a grant to not only do some great hard core research on getting some guidelines and definitions around the various types of meditation, but she is going to be studying the suttas as well!

Another talk that spoke to the science geek in me was by Daniel Ingram, It’s a Jungle in There. Subjective experience has been a taboo area for research scientists to dig into, but Ingram disagrees. In fact, he started out by talking about the amazing and wonderful way in which Darwin and other biologists set out to identify the organisms on our planet and organize them into classifications. Ingram feels the same can be done with people and their subjective experiences, and to show an example of how they might go about that, he pulled up a character chart for Dungeons & Dragons.

His talk was entertaining, funny, and I agree with him wholeheartedly. Experience needs to be yanked out of the hands of philosophers, and thrown under the microscope of scientists. Just because scientists haven’t been able to study it in the past, doesn’t mean they can’t now. I look forward to where this will lead.

It was exciting for me to be able to sit in person with several neuroscientists who are researching meditation, and who wanted to understand Buddhist thinking and expectations better. I offered my concerns over how current studies are being done on meditation, the assumptions that are made, and the lack of differentiation between different types of meditation. I also expressed my concerns about negative effects of meditation and contemplative practices.

The scientists were eager to talk about all of these concerns, and I found out later that Willoughby Britton, who I mentioned earlier, had come across people who had been negatively impacted by this practice, and is doing research in that area as well. In fact, she has a great video on that topic that I’ll list below.

Martine Batchelor gave a wonderful talk on Creativity and Grasping. I’ve heard her speak on this topic before. Ted did a great podcast with her on a related topic, but in this talk some of it really hit home for me. I was delighted by her wonderful sense of humor, and what was even more exciting was to meet Martine and Stephen that evening for dinner.

I found both Batchelors very personable, easy to talk to, and open to ideas. I enjoyed scheming with them on a few ideas I had, which was in line with some ideas for projects they had. It was exciting. Stay tuned for more about that in the future! 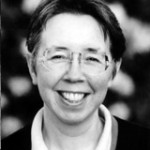 One area that is a problem for secular Buddhists, or as they were calling it at the conference, Do It Yourself (DYI) Buddhism, is that of a lack of teachers.  Stephen Batchelor answered to this problem with a suggestion: “If you are new to Buddhism, then I recommend studying one of the traditions. It doesn’t matter which one. Whatever tradition feels most comfortable to you will do. But by studying with a  tradition, you will learn the basics of Buddhism, the basics of practice, and then you can move into DIY Buddhism.”

And most certainly, reading books from various traditions can be really helpful as well. If it starts getting confusing, and it sure can, then pick one tradition and read all you can on that. Of course, also continue reading and listening to content here, and stayed tuned for some upcoming, very exciting projects!

There many other great talks as well, some focused on engaged Buddhism, such as the CEO, Matt Flannery, of Kiva.org, an amazing organization that lends money directly to people in need all over the globe, and Africa in particular. He was an inspiration to listen to. I can’t cover them all the talks now, but they’ll make their way onto the site one way or another. As soon as we have videos from the conference to post, I will.