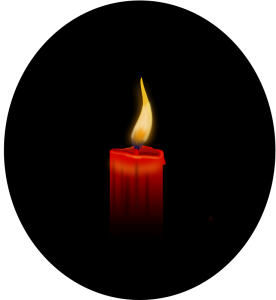 In my last post we looked a bit at mundane freedom: what it is, and what it is not. We saw that mundane freedom involved volitional formations (saṇkhāras) within a more-or-less deterministic causal nexus. What made the will free is that it was constituted by our desires, rather than by those of another. That is, mundane freedom is distinguished from coercion, where we act because someone else forces us to do something that we do not want to do.

For example, I have to get cash to pay for groceries, so I take cash from the ATM. I want the cash, I also know that the way to get it is to use the ATM. My action in using the ATM is free; it stemmed from my own free will.

If on the other hand a man sticks a gun in my face and tells me to withdraw cash from the ATM, I may go through precisely the same motions, but not be free in doing so. In that case, I didn’t want to get the cash out; certainly not to hand over to him! This is an example of coercion, and typically someone who is so coerced into doing something is not thereby responsible for having done it. If instead of holding me up, the man had strapped a bomb to me and forced me to hold up a bank, I would not be responsible for theft. I did not freely will to do so. Instead I was actively coerced into doing so against my will.

So the basic picture here is that we are free when we can do what we want to do. Or in other words, in realizing our desires we are free. In submitting to the desires of another we are bound.

This view of mundane freedom, however, clashes with what we might term the ‘supramundane’ view of freedom in the Buddha dhamma. For if our aim is nibbāna, desire itself becomes the binding. (E.g., Saṃyutta Nikāya 22.120; Ariyapariyesanā Sutta, Majjhima Nikaya 26.31-32):

How can that one thing, desire, be both the origin of mundane freedom and the obstacle to supramundane freedom? This is our problem.

And there’s another problem. As we saw before, free will is contrasted with coercion: indeed, one could argue that the whole point of having the concept “free will” is to contrast a case when we act out of ourselves, as against a case where we act out of the desire of another person. This is central to any notion of ethical action, since we are only responsible for those things we do because we ourselves want to do them, rather than because another person forces us to do them through threats or violence.

This implies that the notion of a person is essential to defining “coercion”, and hence essential to our concept of mundane freedom. We aren’t “coerced” by our general causal history in the same way, and adverting to our experience and genetic makeup cannot excuse us if we act unethically, as I said in my last post.

But it’s also essential to the Buddhist picture that, in some sense, at the supramundane level the notion of personhood goes away. Precisely in what way this happens is something of a conundrum that I would eventually like to deal with, but for present purposes it seems that one who “extirpates the underlying tendency to the view and conceit ‘I am'” (MN 9) approaches the world without need of a concept “person” that separates them out as special from the background net of causal conditions.

Without the concept of personhood, it would seem that at the supramundane level there can be no distinction to be made between coercion and freely willed action. One possible way to view the situation is to say that an enlightened being sees the concept of freedom as an illusion. I believe Charles Goodman supports such a view in his book on Buddhist ethics, however I haven’t yet seen his argument. (It’s an expensive book!) That said, this approach appears wrong headed, because there is a closely related sense of freedom that constitutes the enlightened state.

In the Buddhist Canon, enlightenment is achieved by releasing oneself from the fetters. These are variously counted, but the most complete list numbers ten:

The metaphor of a “fetter” is crucial. For while so far as I know the Canon does not talk about freedom of will or action as such, it does talk quite a lot about releasing oneself from one’s bonds, which amounts to the same thing. For the Buddha, it is in releasing oneself from the fetters that one becomes completely free in will and action.

How this happens is somewhat complex, and the details need not detain us much, but the general idea is that our first experience of nibbāna releases us from the first three fetters (MN 6.11, 22.45): it shows us directly that we do not have a permanent, unchanging soul. It clears up any residual uncertainty about the path. And it shows us that blindly following precepts and practices did not work to attain nibbāna. In eliminating the fetters of sense desire and ill will we become non-returners. (MN 6.13, 22.43). Finally, in eliminating the five “higher” fetters we become arahants. (MN 22.42).

Now, the most traditional interpretation of these “fetters” is not so much that they bind will and action, but rather that they bind the five aggregates to the beginningless round of rebirths within saṃsāra. However, they do so by conditioning action in unskillful ways, which itself is a kind of binding of the will. We needn’t accept a multi-lifetime interpretation in order to understand the point the Buddha is making here.

At the mundane level we have the freedom to act when we are not coerced. This guarantees the efficacy of our own desires, and helps make what we do ethically relevant. But mundane freedom depends upon our seeing the world in terms of persons who act or who can coerce action.

At the supramundane level we have the freedom to act when we have unbound ourselves from the ten fetters and hence are no longer acting out of unskillful, ego-driven impulses.

The picture we’re left with makes it seem as though there are two, mutually incompatible sorts of freedom. But I don’t think that’s entirely the case. For there is one aspect of mundane freedom that got left in the background in the prior discussion: namely, the case of mental derangement.

Remember that we said before an act was free in the mundane sense if it came from one’s own desire, uncompelled by another. Since the background conditions of one’s past aren’t “compulsions” in the relevant sense, they don’t affect mundane freedom. This is true as far as it goes.

But we must also recognize that mundane freedom can be thwarted by one kind of background condition: we aren’t free when our minds are not functioning properly, either because of some sort of addiction, or some sort of illness, constituted by (what we might now term) a ‘chemical imbalance’. Our intuitive sense of ethics and law follows this notion: someone who commits an offense while under the influence of a drug, or while legally insane, is not thereby held responsible for his or her actions. (They may be held responsible for having taken the drug in the first place, but even that is lessened if the person is already an addict).

This is the point of the fifth precept, against taking intoxicating drugs: since they are prone to derange the mind, taking them is playing with fire. While I admit to enjoying a couple of glasses of wine with dinner, I recognize the need to be mindful of my limits.

So: we are only free to act in a mundane sense insofar as our minds are functioning normally, in a healthy manner, where we can more or less see things as they are, rather than being entirely consumed by delusion. For if we are entirely consumed by delusion then we can no longer discern true from false or right from wrong, nor can we learn to do so. We must overcome the derangement in order to be able to act freely again.

This same sense of freedom persists into the supramundane. For at the supramundane level we are talking about a kind of mental health, except that instead of being normally healthy, or functioning in the normal range, we are functioning at a superior range. We already have an intuitive notion of superior functioning when we think of geniuses in the sciences or arts. There are also geniuses when it comes to a kind of wisdom, which is the point of ridding ourselves of the fetters. To do so leads to supramundane functioning which itself is a kind of supramundane freedom: no longer are we prone to be fettered by external obstacles, but neither are we prone to be fettered by internal ones.

The thread that follows these two forms of freedom has to do with right functioning: when we function normally, we are capable of attaining mundane freedom. It’s not until we function at a superior level that we can attain supramundane freedom.

The question, though, is where the snare or fetter lies in our ordinary, mundane notion of free will and action. And here we can return to the above quote from the Ariyapariyesanā Sutta:

… any brahmans or contemplatives tied to these five strings of sensuality — infatuated with them, having totally fallen for them, consuming them without seeing their drawbacks or discerning the escape from them — should be known as having met with misfortune … (My emphasis).

All desire aims at our good, as we see it at the time. In desiring this ice cream, I see it as good for me right now. True, there may be some niggling doubts in the back of my mind, but unless I pay them honest heed, the string of sensuality will overwhelm me: sensual desire is so immediately and obviously good.

It is in “consuming … without seeing their drawbacks” that ordinary desire can become a kind of addiction, driven by delusion. Sure, it’s well within the range of ordinary, healthy mental functioning for me to want another ice cream. There’s nothing in that deluded desire that should have me looked at by a psychologist, for instance, and nothing there that would mitigate any unethical actions I took in pursuit of such a desire. But it is deluded nonetheless.

While our desire for that second scoop of ice cream is perfectly normal and healthy in one sense, clearly it is not in another: it has its drawbacks, and many such desires, seen from a wiser and more objective standpoint, have drawbacks that overwhelm their advantages. Put in more scientific terminology, many of our desires would fail a simple cost/benefit analysis. One aim — perhaps the aim — of Buddhist mental training is to bring our minds more in line with what a true cost/benefit analysis should provide, one that leads to our true good and long-term happiness, rather than fleeting pleasures rooted in delusion that end in pain.

Insofar as such a supramundane wisdom is achievable, it can, I think, be accurately described as free in a superior sense. It is not only a state that acts out of our desires (as it must insofar as even an arahant acts in the mundane world), but also acts as much as possible towards our own and others’ true benefit.

All desire aims at one’s benefit. Most desire fails in the attempt, through one or another species of delusion or ignorance. By narrowing the scope of desire to that which is truly skillful, the Buddhist path holds out the possibility of a freedom greater than merely mundane.

(This piece is a new and longer workup of an earlier post from my blog: Ordinary and True Freedom).