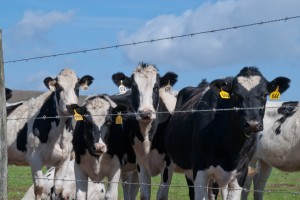 I’m struggling with aversion. In recent years, I’ve become really bothered by how humanity has just taken over the planet without regard to habitats, and the needs of other animals. I’ve noticed this more  because of my photography hobby, where I get out to take nature photos and pix of animals. A few years ago, I went to Pt. Reyes, and stopped on the side of the road to take pictures of the cows. Cows are animals I usually ignore because we have so many of them here in California. But I’d never seen so many cows as there were at Pt. Reyes, and I was curious.

What struck me right away was that I wasn’t the only one who was curious. The cows started moving towards me. Not one or two but all of them! I was a bit dismayed by the tags on their ears, and the branding on their backends. Then as they came right to the fence, staring at me, I backed away, and crossed the road to the other side where there were more cows. They did the same, and while I was taking their pictures, the cows behind me started mooing at me. When I went back to them, the other behind me mooed.

Ever since I have paid more attention to the “food” animals, the market in general, and I’ve had growing discomfort with eating meat. I know humans evolved eating plants and animals. But what humanity loves to brag about is the fact that we have this big brain, intelligence, and the ability to make decisions. Many people seem to think we can overcome much of our evolution, our violent instincts, our territorialsm, our caveman behavior. So, why hang on to a meat diet when animals are having to suffer and die for our benefit?

I admit, I like meat, and I like it a lot. It’s been a part of my diet all of my life, something I’ve just accepted without giving much thought to it. But in recent years, as my practice has helped develop mindfulness, I’ve come to question how meat is produced, and how the animals are treated. Buying it in sanitary cellophane wrap did a lot to remove me mentally as to where the beef was coming from. Staring these animals right in the face was quite another matter.

In the US, we find it appalling to eat dogs. They’re our pets. Yet, pig and cow brains are very similar to dog brains. In other words, cognitively they are equal. You can train a pig like you can dog, and cows can follow some commands. Even so I’ve never understood why people are more comfortable eating stupid animals. ALL animals have nervous systems, and therefore feel pain. They also all experience fear. All animals can and do suffer.

I’ve seen a few videos that showed how cows, chickens, and pigs are abused/tortured, and it upset me so much I couldn’t eat anything for a few days. Later, I came across articles, and have watched the movement towards treating “food” animals better. Now there is free range chicken, or sort of. I had bought a carton of eggs thinking that was the case, until I saw on the package where it said, “Chickens that have space to stretch, groom, perch, and nest.” That does not say walk and run around! When I saw a picture of pigs, forced to live in a metal wrack that kept them pressed together and unable to move for their entire lives, I could no longer eat bacon.

While there is a trend to treat these animals better, I can’t live with the fact that we are breeding them, keeping them captive, and then killing them for food. Milk, cheese, and eggs don’t paint a better picture. If my daughter were kidnapped, given hormones to force her to lactate, then milked periodically throughout every day, I’d go out of my mind. When I think of this happening to cows, I don’t feel much better.

I decided it’s time for me to turn to a vegetarian diet, with the long term goal of becoming full on vegan. I don’t want animals suffering and killed on my behalf. Over 9 billion animals are killed in the US alone for human consumption. As a secular Buddhist, I just can’t ignore the suffering my diet has been creating for animals. I’ve heard the arguments and concluded that is just a lot of intellectualizing to justify harming animals.

There has been a lot of discussion about this in regard to a few podcasts and articles here on SBA. Some argue that Buddha ate meat, that as long as the animals are being treated well while they’re alive, then no harm is done. As a secular Buddhist I don’t look to Buddha, the man, to gauge my behavior, and I don’t follow dogma. So, just because Buddha did something doesn’t mean I will too. However, I do look to the practice itself and Buddhist teachings and practice in general. Buddhism IS focused on lessening suffering. Buddhism is based on compassion and ethics. Whether or not Buddha made the decision to accept meat he was offered only goes so far. His teachings emphasized non-harm, not killing, and ending suffering. Buddhism is the religion of compassion and no harm. My own practice has been one of non-harm and ethics because I agree with that, because I see how it lessens suffering.  I can not excuse eating meat at the cost of animal suffering and loss in myself at all any more.

As my children were growing, they understood that if they saw a spider in the house, they were to come get me and not to kill it. I’ve kept a plastic cup and index card handy, so I can maneuver the spider into the cup, cover it with the card, and take the spider outside to a nearby bush or tree. We are all happier with the spider outside. If I’m not willing to kill a spider, I don’t feel it makes sense to allow cows, chickens, and pigs to die for my sake, especially since I have so many other options for food.

The meat diet will continue to be a source of controversy. The vegetarian and vegan diet and the outcry for animal welfare is fairly new. I know there have been some vegans going way back in history, but they weren’t a vocal bunch. But just as we speak up for abused children who can’t defend themselves, those of us who see other animals as deserving to go unharmed and killed, feel as justified in speaking up for them. Shouldn’t engaged Buddhism be about speaking for those who can’t? Shouldn’t it focus on lessening suffering, including for other animals?

I do make the claim this is a Buddhist issue. It’s not a Buddhist rule. Our diets are not something to change because Buddha said, but I do think Buddhism naturally asks us to question these kinds of moral issues and circumstances that include a lot of suffering. Buying from farms that guarantee compassionate behavior towards animals, and painless killing, may be enough for you. I’d rather see you put your money there over the industrial throwing live chickens in grinders kind of places. But I think we can do even more.

For myself, I have lessened some of my own suffering by lifting the heavy weight of guilt by deciding not to eat meat, and by moving toward a vegan diet. I feel my aversion for humanity lift, just ever so slightly, as I get encouragement from other vegans and vegetarians. I’m doing my best to not create more suffering through my dietary desires.

Posted in Articles
← Why Do We Keep Practicing?Cultivating Compassion →