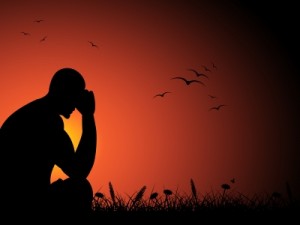 The Buddha’s gradual path to awakening begins with generosity and ethical behavior. These calm and gladden the mind, taking it away from states of possessiveness or regret. However when it comes to gaining the wisdom essential to right view, the Buddha tells us in the Dhammacakkappavattana Sutta that there is something which “is to be fully understood” if we are to reach nibbāna. This is dukkha, which is ordinarily translated “suffering”, even if it is more accurate to translate it as something more like “unsatisfactoriness”.

What is this state? Its standard description runs as follows:

This does not define the state, instead it identifies it with a number of bad experiences and then (oddly) with the five aggregates themselves, which are form, feeling, perception, volitions, and consciousness. This is odd because the formula claims that the five aggregates basically sum up the other bad experiences listed (“in brief”), however this does not seem obviously so. After all, not all perceptions, feelings, or conscious states are bad. We have pleasant perceptions, pleasant feelings, pleasant conscious states.

The problem is that these aggregates are “subject to clinging”, or to use Richard Gombrich’s more metaphorical translation of upādānakkhanda, they are “blazing masses of fuel” for dukkha. (p. 114). They are its substratum, what keeps it going.

The formula the Buddha uses is closely akin to a section of the classic formula of dependent arising (paṭiccasamuppāda), but with more detail on the act of perception itself. Understanding this process is crucial to the process of liberation, since it is at the juncture between feeling and craving that the chain can be broken. We cannot change the fact that certain experiences are pleasant and unpleasant, however we can change how we react to that pleasantness and unpleasantness.

This is important: we cannot eliminate unpleasant experiences. We may hope for a form of practice that will do so, but is a vain hope, in reality itself a kind of craving for the pleasant and rejection of the unpleasant. Sometimes it is said that forms of meditation can reduce or eliminate physical pain. If they do so, they will only do so temporarily.

In the Mahāparinibbāna Sutta (Dīgha Nikāya 16), the account of the Buddha’s last days makes clear that he bore significant physical discomfort: “[W]hen the Blessed One had entered upon the rainy season, there arose in him a severe illness, and sharp and deadly pains came upon him. And the Blessed One endured them mindfully, clearly comprehending and unperturbed.”

Now I am frail, Ananda, old, aged, far gone in years. This is my eightieth year, and my life is spent. Even as an old cart, Ananda, is held together with much difficulty, so the body of the Tathagata is kept going only with supports. It is, Ananda, only when the Tathagata, disregarding external objects, with the cessation of certain feelings, attains to and abides in the signless concentration of mind, that his body is more comfortable. (16.2.32/II.100 Also: SN 47.9/V.153-4).

The Buddha’s description is telling. Although he may not be “perturbed”, he at least admits to being in continuous discomfort while not in meditation. This raises the question as to what counts as “perturbation” in this context. It also raises the question of what kind of meditation he is doing to relieve the pain and make his body “more comfortable”. It is called “signless concentration of mind” or “animitta cetosamadhi”. Referring to the Aṅguttara Nikāya commentary Walshe says it is a form of “concentration attained during intensive insight meditation.” (p. 569n394). Vajira and Story on the other hand say that the commentary

explains this term here as referring to the fruition-attainment of arahatship (phalasampatti), in which the Buddha becomes absorbed in the direct experience of Nibbana and no longer attends to external objects or feels mundane feelings. In another context it can mean the concentration developed by intensive insight.

In his note to the passage in the Saṃyutta Nikāya, Bhikkhu Bodhi agrees with Vajira and Story, saying “This would then make it identical with the animitta cetovimutti of [SN 41.7/IV.297)]” (p. 1921n142). “Animitta cetovimutti” he translates as “signless liberation of mind” (SN 41.7) following the commentary “because it removes the ‘signs’ of permanence, happiness, and self [etc.]” (p. 1445n312).

At any rate it would appear that “signless concentration of mind” is somewhat obscure. What is clear from the Buddha’s description is that whatever the meditation is, it is capable of making his body comfortable (phāsutaro tathāgatassa kāyo hoti). We know that the jhānas, states of deeply absorbed samādhi meditation, are described as “dwelling happily in this very life”. (Aṅguttara Nikāya 4.41/II.44). So while it may be the case that the Buddha is undertaking some special “direct experience of nibbāna” in order to become more comfortable, it’s not clear that that would be necessary.

What is clear is that even an enlightened person will be aware of comfort and seek it out.

The above formula says that “illness is dukkha” and so on. Taken in combination with the Third Noble Truth of cessation this appears to imply that one free from dukkha will therefore be free from illness. But this is of course not the case, nor could it be. While someone skilled in jhānic meditation may be able to remain comfortable under circumstances of intense physical pain, it will be so only temporarily. Permanent escape from pain of this sort, and indeed from aging, illness, and death, are not possible.

[W]hen the uninstructed worldling is being contacted by a painful feeling, he sorrows, grieves, and laments; he weeps beating his breast and becomes distraught. He feels two feelings — a bodily one and a mental one.

These are the two darts that stick those of us who are uninstructed.

[W]hen the instructed noble disciple is contacted by a painful feeling, he does not sorrow, grieve, or lament; he does not weep beating his breast and become distraught. He feels one feeling — a bodily one, not a mental one.

Dukkha then is the second dart, this “mental feeling”, which the instructed noble disciple has extinguished. It is the sorrow, grief, lamenting, and the distraught frame of mind that is dukkha, not the physical pain itself.

It is good to keep in mind, however, that not all pain is physical: on the Buddha’s picture there are mental as well as physical perceptions and feelings. On the passing of his two greatest disciples, the Buddha displayed what might be termed mental pain:

If physical and mental pain are consistent with the elimination of dukkha, then what is dukkha? It is the unnecessary “second dart”; the mental pain we add to physical and mental pain. It is sorrow, grief, lamenting. Now it seems that this passage from the Buddha displays sorrow, grief, and lamenting. However the passage occurs in the context of deep awareness that all things are “conditioned and subject to disintegration”, and the Buddha himself claims to be without “sorrow or lamentation”.

So again, if mental and physical pain are consistent with the elimination of dukkha, then what is dukkha? It is obsession or endless rumination. In a word, it is papañca: mental proliferation.

Mental proliferation is a subject we’ve dealt with on two occasions, in “Aiming at Nonproliferation” we saw the role of proliferation in online discussions. In “Bāhiya’s Training on Mental Obsession” we looked at the central role that proliferation plays in the Buddha’s teaching to Bāhiya of the bark-cloth. Indeed, in that sutta and its near-twin in the Saṃyutta Nikāya (35.95/IV.72-76) the Buddha makes clear that this process of eliminating papañca leads to “the end of” dukkha.

In the context of daily life, moment to moment existence, dukkha and papañca, or suffering and mental proliferation, are precisely the same. There is no distinction between them. When the Buddha says the aim of practice is to end dukkha, of course he does not promise to end such things as aging, illness, and death. In his own lifetime he aged, got ill, felt strong physical and mental pain, and eventually died. Seen in that context, what he aims to end is the obsessive thinking that surrounds getting what we do not want, or failing to get what we want. This rumination is brought about by our clinging to and identifying with things in the world, which gets us into the Second Noble Truth.

The complete ending of this obsession, of stress and worry over past, present, and future, is what constitutes nibbāna. For it is that which also constitutes the ending of greed and hatred, and which constitutes an understanding of the Noble Truths themselves.

Or at least that is the picture. There is, I think we can see, a little daylight between the ending of mental rumination and the ending of greed and hatred. It seems one can be (as it were) a carefree egoist or bully, not to mention a kind of psychopath. The Buddha constructed the gradual training to derail this option, by setting ethical conduct as a gateway to practice. However he also seems to have believed that unethical conduct would necessarily produce papañca in its wake, making deep meditative achievements impossible. I expect this is an overly optimistic assumption, and if so one will have to make a distinction between (as it were) a subjective experience of nibbāna as the extinguishing of papañca and an objective qualification of nibbāna as validated by right action.

I say that dukkha is papañca “in the context of moment to moment existence” because of course there is an additional way that nibbāna extinguishes dukkha‘s “birth, aging, illness, death”. Namely, on the traditional picture nibbāna is fully completed only at parinibbāna. And that is said to guarantee no future birth, aging, illness, or death; so in that sense on the traditional picture nibbāna literally does end all aspects of dukkha by ending the cycle of rebirth. On a secular picture of course that is not something we concern ourselves with. If we are engaged in ending suffering or the unsatisfactoriness of life by ending pointless rumination, that is enough to contend with.

Maurice Walshe, The Long Discourses of the Buddha (Wisdom, 1995).