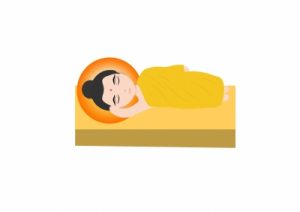 Image courtesy of klakung1 at FreeDigitalPhotos.net

A recent article notes a raft of modern innovations taking place at Longquan Monastery in China, including a robot that answers visitors’ questions. These modernizations make the teaching more accessible to laypeople, and are part of a growing movement that “preaches connectivity instead of seclusion and … practical advice over deep philosophy.”

Similar modernizations take place all the time, of course. Secular Buddhism itself is a modernization the roots of which go back well into the 19th century. To get a better grasp of this process we need to engage with the effects of Western colonialism.

The history of post-colonial Buddhism is a history of local, indigenous, and more or less orthodox attempts to compete with Christian proselytization, and to come to terms with the changes brought about by modernity. To do this, local innovators brought the theory and practice of Buddhism out of monasteries and into homes and lives of laypeople, setting it on a path of increasing secularization.

Two of the first great innovators were the Sri Lankan lay Anagārika Dharmapāla (1864-1933), and the Burmese monk Ledi Sayadaw (1846-1923). Their innovations involved two general strategies that opened Buddhism up to a sizable lay audience as never before. First, they wrote about and spoke about the dhamma in languages that were comprehensible to laypeople, rather than in the traditional Pāli. This innovation presages the Catholic Church’s abandonment of the Latin Mass, which would not happen for nearly another century. Second, they promoted engaged Buddhist practices to laypeople, particularly meditation.

Teaching the dhamma in local languages began with what Gananath Obeyesekere called the “Protestant Buddhist” movement in Sri Lanka, particularly around Dharmapāla in the late 19th century. Dharmapāla’s audience was mainly made up of an English speaking “educated bourgeoisie”(Gombrich: 189) both within and outside Sri Lanka. Ironically the Pāli Canon was not translated into Sinhala until after it was available in English (Gombrich: 193), so study of that Canon by interested laypeople remained limited to English-speakers. For this reason, the Sri Lankan move towards laicization of the Canon, and the Protestant Buddhist movement generally, occurred largely in English, and was therefore involved in the urbanization and embourgeoisement of Sinhala society. (G. & O.: 207ff).

Ledi Sayadaw however took up writing and teaching about the dhamma in his native Burmese. He came out from behind the fan that monks typically used to hide their faces, teaching in a more colloquial, engaged style. (Braun: 92). While Dharmapāla’s popularity was thin and broad, encompassing a far-flung, global audience of English speaking educated elites, Ledi’s was narrow and deep: his innovations, while initially controversial, were of great local effect.

By all accounts Ledi was an early monastic prodigy and brilliant intellectual, steeped in an orthodox Pāli tradition highlighted by particular reverence for not only the early Buddhist suttas, but particularly the abhidhamma, or systematic, foundational philosophy of early Buddhism. His most enduring innovation however was to reframe meditation for a lay audience. To this end, he deemphasized states of deep meditative absorption (jhāna), perhaps because achievement of such states was difficult in lay life. Instead he framed meditation as work towards insight into the changing, unsatisfactory, and essentially selfless nature of reality.

He held out the possibility of awakening not only for monks, but for laypeople as well. This constituted a major shift, one that occurred in the context of colonialist disruption. Meditation as a practice had largely decayed in Burma, along with the aspiration towards awakening, but as Erik Braun says, by the mid-19th century

The growing orthodoxy of the position that one could achieve awakening marked a crucial conceptual transformation. … [T]he development of a belief in contemporary arhatship likely supported an increased interest in meditation as a practical pursuit. (29).

Its effect was to bring Buddhist theory and practice down from the realm of an otherworldly ideal into real-world engagement. The innovations were essentially focused on this life: awakening was not something to be put off for the indefinite future, but something to be worked on now, no matter one’s station. Ledi used the phrase “in this very life” to describe his position. (Braun: 119). This was an innovation not only in lay terms, but in monastic terms as well.

Discussions of these innovations at times imply that they ran counter to Buddhist orthodoxy. Indeed, Dharmapāla was not himself a monk, but instead occupied a self-created position (“anagārika” or “homeless”) between laicism and monasticism. He criticized monastics who he felt were not sufficiently ardent in their pursuit of Buddhist goals. He also criticized certain elements of Buddhist belief that he felt ran counter to modernist, scientific ideals, such as belief in deities. (Gombrich: 197). Although he was opposed to what he saw as antiquated portions of contemporary Buddhism, his given name “Guardian of the Dharma” (dharmapāla) indicates his dedication to an orthodox program of a sort, even if that orthodoxy ran counter to contemporary religious belief and practice.

Ledi Sayadaw was a deeply orthodox monk, and although many of his writings were innovative and controversial, they derived from intimate familiarity with the Pāli Canon. If anything he saw himself as a corrective on the commentarial tradition: his first major work, the Paramatthadīpanī, set out to revise what Ledi saw as errors in one of the most famous commentaries on the abhidhamma, the Abhidhammasaṅgaha.

The major modernist innovations of bringing theory and practice to the laity do not run counter to the teachings found in the Canon. In the Vinaya we are told that the Buddha believed it was most conducive to the dhamma to allow study of it in one’s own language. (Ñāṇananda: 46). So modernist moves towards the vernacular were really nothing new, and did not run counter to orthodoxy, at least canonical orthodoxy. Further, as I discussed in “On Some Criticisms of Modern Mindfulness”, the Buddha of the canon had no problem with laypeople meditating, and indeed celebrated such achievements. There is no sense that the Buddha discouraged lay participation in Buddhist practice. Rather, he simply claimed it to be a significantly more difficult row to hoe than that of monasticism. Extensive lay practice therefore constituted orthopraxy in canonical Buddhism, much as it may have been untraditional.

As Braun points out (139), Ledi’s innovative approach to Buddhist meditation “was not departing from the possibilities for practice in canonical and post-canonical texts.” He was proposing what had long been known as “dry insight”, to pursue awakening without benefit of jhāna.

Indeed most of the key innovations of these modernist reformers were essentially differences of emphasis in a deeply orthodox context. It is perhaps for that very reason that modernist movements did not meet with deep or lengthy reactionary pushback. Indeed, when Ledi Sayadaw’s innovative approach to meditation was introduced to Sri Lanka in 1955, it was with “the official backing of the Burmese government”. (G. & O.: 238).

The period that followed Dharmapāla and Ledi Sayadaw saw further moves towards laicization, to the point where it began to shade into proper secularization of the dhamma. For example, the Burmese layman U Ba Khin’s (1899-1971) emphasis on practice over study was intended to make the dhamma more universally applicable. U Ba Khin downplayed overtly religious elements of Theravādin religion. As Braun puts it,

This was a modernizing move toward what U Ba Khin called a “practical Buddhism” that could be more readily applied to any religious or cultural context. (159).

The trend towards secularization in Theravāda reached something of a zenith in the work of SN Goenka (1924-2013), who claimed that “the Buddha never taught Buddhism or any religion”. Instead he taught techniques that could be used by adherents of any religion or no religion.

Although I will not deal with the Mahāyāna in any depth, it bears noting that one finds secularizing tendencies for example in the youth-driven “new Buddhism” movement in Meiji Japan (Ōtani: 80), as well as in the work of people like DT Suzuki (1870-1966), Thich Nhat Hanh (1926-), and Chögyam Trungpa (McMahan: 187), among many others, but most decisively in the work of the 14th Dalai Lama (1935-), whose recent books Ethics for the New Millennium and Beyond Religion are overtly secular in their approach to Buddhist theory and practice.

The teaching careers of Goenka and the 14th Dalai Lama overlap with the flowering of secular Buddhism in the West. As their examples demonstrate, it is a mistake to assume that secularizing tendencies within Buddhism are exclusively Western, or exclusively lay, and as I hope to have shown it is similarly a mistake to assume that these tendencies are very recent. Their roots go back at least a century and a half, arising first among local practitioners, both lay and monastic, responding to the impact of modernity.

McMahan’s book on Buddhist modernism focuses most specifically on the West’s role in this development (8). While many contemporary Western authors like to emphasize this role, particularly for example Dharmapāla’s interest in Western science, his friendship with the Western Theosophists Henry Olcott and Helena Blavatsky, or the role that ideas derived from Protestant Christianity played in the development of Protestant Buddhism, I think such approaches threaten to cast modern Buddhism as a colonialist conceit. To be fair, this is a mistake that McMahan himself does not make. In fact, many of the true pioneers and innovators of Buddhism in the 19th and 20th centuries were orthodox Buddhist monastics or indigenous laypeople steeped in a rapidly modernizing Buddhist society, and who made sincere efforts to recover and repackage key aspects of precolonial Buddhism for a modern age.

Towards a Broader Secularism

Ledi’s aim towards awakening “in this very life” can be seen as a secularist rallying cry. Stephen Batchelor (87) recommends we understand the “secular” in “secular Buddhism” not only in contrast with “religious”, but as standing for

“this age,” “this siècle (century),” “this generation.” I thus take “secular” to refer to those concerns we have about this world, that is everything that has to do with the quality of our personal, social, and environmental experience of living on this planet.

That is, to be a secular Buddhist is to be concerned with events in this very life.

Ledi Sayadaw was certainly not a secularist, far from it. But his spin on orthodoxy helped open the way for a truly secularist approach to the dhamma.

In fact, his life subverts a simplistic opposition between the traditional and the modern, for his works maintain the view that a Buddhist can be a modern in a way that accepts a precolonial Buddhist perspective. (Braun: 155).

Bringing the dhamma into vernacular languages and reorienting practice towards this-life concerns narrowed the difference between the traditional laity and monastics. It opened up new routes for participation. While Dharmapāla’s notion of the semi-monastic Anagārika has not become popular, intensified lay practice worldwide certainly has. Ironically, it is in today’s hyper-competitive, information-soaked, tech-savvy modernity that Buddhism’s message of calm nonattachment may be reaching its widest audience.