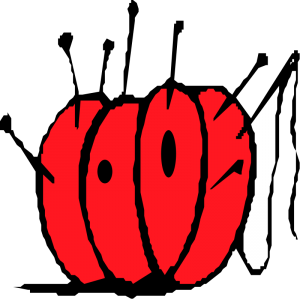 I sat down on my cushion for my most recent daylong meditation retreat very happy to be there. I’d been looking forward to it. But it wasn’t long after the first bell rung and silence had descended upon the room before dukkha arose. The room was too warm. I hadn’t sat straight, and had to lift my shoulders. My ear itched, and I monitored the feeling without scratching.

What I wanted was bliss, and I wasn’t getting what I wanted. “Oh no,” you will say, “you can’t go into a meditation session wanting bliss. That’s crazy.” I agree with you, it is crazy. I know it’s crazy. The rational part of my mind tells me that all the time. Yet there it is all the same: the wish, even the expectation, to have a completely blissful sit.

Sitting with the Hindrances

More time went by, and I noticed how difficult it was to keep my mind focused on the breath, as it brushed the tip of my nose. I returned my mind to the sensation, but like a bored cat it wandered off before I could count to eight. Restlessness.

The bell rang, and we got up to do walking meditation. Someone walked across my path, disturbing me and causing an involuntary burst of anger. Bits of dust and dirt on the floor stuck to my feet. I tried to ignore them but the feeling of a grain of sand on my foot irritated, so instead of taking a step forward I swept my foot across the floor to dislodge it.

Dukkha: in such a simple thing, in a pleasant place, filled with kind people.

Back sitting, time has passed and I opened to the sounds of the room, the feel of my hands and legs. Sleepiness returned. It was the same fuzziness of mind that had plagued me for several weeks. Instead of focusing on the breath like I should, my mind wandered into daydreams. They weren’t idle thoughts, but states somewhere between wakefulness and dreaming, filled with scattered, disjointed images: my nose became a dog. Each breath became a dark suited man with a white cane. An image of a waffle iron making cat-shaped waffles. Stories formed and unformed: dullness and drowsiness. I took a deep breath to pull myself back into mindfulness, but it didn’t last long. I oscillated between drowsiness and restlessness, then caught myself waiting for the rustling that invariably preceded the sound of the bell. If I could only keep my mind focused, I felt I could achieve that bliss I wanted.

Later on my back started hurting, as it often does in these daylong sits. At least this was dukkha plain and simple: as clear as a kick in the head. I focused my mind on the pain, it felt hard as steel clamps, but slowly, quietly motile as well. I focused on it for awhile and it evaporated. I relaxed, and it returned. I shifted my body to try to stretch it out and relieve the tension, and the pain dispersed in a burst of cool. I opened my mind out to the sounds of the room, and watched the pain slowly return again.

So much of sensation is wrapped up with the saṇkhāras or volitional formations: no sooner was I aware of pain than my mind jumped to thoughts of how to end it. It’s as though there were no gap there at all: the pain came bundled with a view towards its end. If something blocked my will, like polite considerations not to make noise, or remembered admonitions not to care about such things, the result was only frustration and more dukkha.

And then, yes, bliss. There were also moments of lucidity, happiness, deep calm. The sounds of church bells wafted through the windows. The smell of food from a distant kitchen. A cool breeze wrapped around my arms. But then — where did it go? I was back in dreamland, feeling a slight twinge in my leg that told me I needed to do something, to shift over half an inch, or risk pain. Not that I would escape it otherwise, but perhaps I could manage a delay: even a delay would be good, and for that I had to act, to move, in a way my previous Zen teachers would have told me was not allowed.

There! A couple of inches to the left, and all is right with the world.

Until it isn’t. Pain in the back again.

So that was how my day went. And here’s the thing: I had a wonderful time, and am super glad I went. Does that mean I’m a masochist? Hardly.

Fact is, nothing is so good for making me aware of dukkha than practice. Of course, if it makes life seem worse, then it’s not doing a very good job of reducing stress and increasing happiness. But no, it’s not that it makes life seem worse. Instead, it makes life clearer. It makes me more aware of the innumerable little pains and annoyances already present in life, in a way I hadn’t seen before. Larger pains, like greed and anger — particularly anger — feel quite literally corrosive, like high-strength acid poured into my body.

At the beginning of my practice I was only aware of dukkha in a more conceptual sense: I knew that life was difficult, that all things in ordinary experience always changed, that my control over myself and the world was limited and tenuous. And I knew what it was like to be depressed, without clear reason or cause. But none of that really had to do with the essence of dukkha.

Dukkha has to be witnessed in each moment, as condition and cause: stemming from pain, stemming from unreliability; causing anger, greed, unwholesome volition and action. While being depressed is a form of dukkha, dukkha has nothing essentially to do with depression, which is more akin to a chemical imbalance than a normal state of mind. One can cure depression by good psychological counseling, or even by taking certain drugs. None of that will cure dukkha.

Often Buddhism is misunderstood as a negative or depressing approach to life. But dukkha isn’t so much the sort of thing that makes one sad, wanting to stay indoors with the shades drawn. Sure, “sorrow, lamentation, grief, and despair” are dukkha, but as experienced every day, it’s more the sort of thing that gets in the shoe. It’s frustrating and annoying like a bad friend, holding out mirages of constancy and efficacy. It’s Lucy with her football. It’s as much a part of the most pleasant moment as the most painful, since each moment will inevitably end. This is one of the strange things about dukkha, and it’s not just a matter of the sublime, or the Japanese notion of “mono no aware” that makes cherry blossom season so popular.

Life is dukkha because it is transient, and because it is never completely under our control. One of the most shocking discoveries in meditation is how little even our own minds are under our control. We think we are our minds, then we tell ourselves to focus on the breath, and in an instant we are lost in daydreams. It’s this kind of discovery that leads eventually to our beginning to wonder who this “I” is that’s supposed to be doing the controlling. To an extent these concerns map onto Western notions of freedom of the will, but to an extent they do not: they are after concerns at right angles to ‘control’. Control, after all, is a simple matter of causal conditioning, and though we may not be able to discover a real self underneath all the mental folderol, nevertheless desires and drives are active forces in moving limbs and minds.

The real question isn’t about control, it’s about dukkha itself, how it is created and how it can be mitigated. Is it really possible, as the Buddha claimed in his Third Noble Truth, to see its cessation? That I cannot say. But it does seem that if one is going to work towards that end, it is essential to begin by seeing the problem clearly. So I sit.

Posted in Articles and tagged dukkha, meditation, mindfulness
← Episode 172 :: Dinty Moore :: The Mindful Writer: Noble Truths of the Writing LifeEpisode 173 :: Brad Warner :: There Is No God And He Is Always With You →