I’ve been part of several Buddhist communities in my area, but over time found them lacking in various ways. I was excited to discover that in Second Life (SL), a virtual universe of worlds and communities of all kinds, had a big Buddhist population. Not only that, there are communities for all the traditional schools of Buddhism as well as more. One day, I stumbled onto the Skeptical Buddhist’s Sangha. From time to time, I also went to the traditional talks and meditations in SL.

Joining a virtual Buddhist community has advantages. It’s convenient, assuming you have a computer that can handle the free software, it’s free, and you can get support for your practice no matter where you live.

The people in SL can be every bit as committed to their practice as those you’ll meet in physical communities, and  just as supportive. Virtual interaction may sound odd, even impersonal, but I have found it to be anything but. In fact, I have met several members of the Skeptical Buddhist’s Sangha in person several times now. Some of my closest friendships are my Second Life Buddhist friends.

In Second Life, you can find Places and Groups dedicated to Buddhism in all flavors. You can attend silent or guided meditations, chanting, talks and teachings, as well as lively scheduled discussions.

Secular Buddhism is building community in Second Life to add to the other traditions. We are hoping you’ll join us for talks, discussions, meditations, and social events.

Becoming a Second Life citizen and joining Buddhist groups is free and easy. Once you’re in Second Life, you’ll need to get used to moving around in a 3D virtual world. Some people take longer to acclimate than others. Be patient, and don’t hesitate to instant message (IM) any of us for help, once you figure out how to IM. 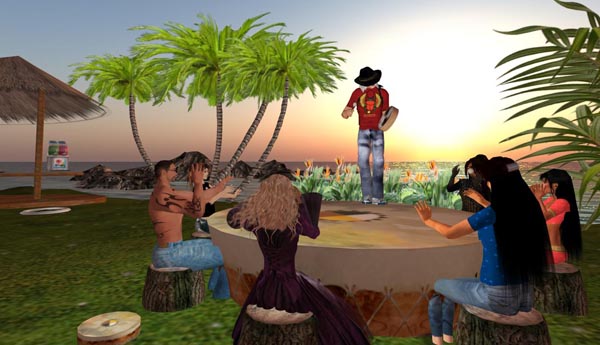 Joining a Group means you are signing up to receive notices In SL about the topic of interest, in this case Buddhism. To join Buddhist groups, type the follow titles in the Search box in the viewer:

You can join any or all of the these groups. Once the group appears in your Search, click the group title, and then click Join Group. That’s it! From there on out, you’ll receive notices of upcoming events, talks, meditations, etc.

If any of you SL citizens want to be added to this list for other Secular Buddhist to Friend you, just let me know and I’ll add you.

See you in Second Life!