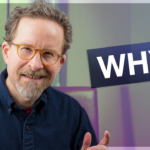 Pāli is the language of many of the oldest Buddhist discourses. Do we need to know Pāli to know about or practice early Buddhism? We’ll consider that question with reference to a new book out by eminent Pāli scholar Richard Gombrich, as well as a look at a couple of early texts from the Buddha…

Academic study of early Buddhism has waned to near nothing, if a recent editorial by eminent scholar Richard Gombrich is anything to go on. In today’s video I’ll discuss why this should concern us.

Folks interested in a secular approach to Buddhism will find many forms of Buddhism congenial. Why is early Buddhism particularly so? We will look at the Kevaddha Sutta (DN 11) and some material from Richard Gombrich, eminent scholar of early Buddhism, to help illuminate the discussion.

You wouldn’t know from the title of the sutta — “The Greater Discourse on the Destruction of Craving” — that this is one of the suttas that gives the most detail on dependent arising (aka dependent origination, interdependent co-arising, etc) but it is one in which the Buddha attempts to put across the concept that was the backbone of all his teachings. He describes it backwards (which is normal) and forwards (used almost as frequently). He covers arising, and he covers cessation (backwards and forwards). And then he describes it in terms of fire, in terms of nutriment, and in terms of one person’s life, as well as pointing out what we should and shouldn’t care about if we properly understand it (we would not, for example, have any reason to be wondering who we were in the past or who we will be in the future).(1)