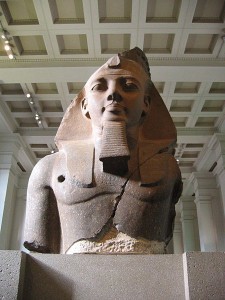 Go: get a piece of paper.

Write down your four favorite possessions.

Write down your four favorite pastimes.

Write down the four parts of your body you like the best.

Write down the four people you care for most.

Go ahead. Do it now, then come back.

Finished? Now, slowly, one by one, draw a line through each of your favorite possessions. You will lose them all.

Scratch out each of your pastimes. There will come some point in your life where you will be unable to manage them.

Erase each of your favorite body parts. If you’re lucky, they’ll slowly devolve into senescence. If not, you will lose them through illness or injury.

Ink out your favorite people. You will lose them all, either through their deaths or your own.

What you’re left with, at least in the version I learned recently, are your personality traits. However, let’s be honest: you will lose those as well through death, injury, or dementia.

Rip them up. Rip them all up. Either they will die with you, or you will lose them along the way.

The question we all face is how to be happy in the face of these truths. The most popular method by far is one of avoidance: it’s a long way off, we tell ourselves. It’ll happen to someone else. I have better things to do than think sad thoughts.

For many of us, ambition takes over. We imagine that somehow by losing ourselves in work, by writing the great novel, the famous screenplay, by pushing forward the boundaries of scholarship or physics that we will somehow escape death. “Ars longa, vita brevis,” as the aphorism goes. Or we imagine it through children or charity work.

But ambition is vain, and history is a long time to come. Does it really matter whether we are forgotten in a hundred years rather than ten? We can no more secure our posterity after our deaths than we could before our births. Shelley illustrated how time defaces in his poem Ozymandias:

I met a traveller from an antique land
Who said: `Two vast and trunkless legs of stone
Stand in the desert. Near them, on the sand,
Half sunk, a shattered visage lies, whose frown,
And wrinkled lip, and sneer of cold command,
Tell that its sculptor well those passions read
Which yet survive, stamped on these lifeless things,
The hand that mocked them and the heart that fed.
And on the pedestal these words appear —
“My name is Ozymandias, king of kings:
Look on my works, ye Mighty, and despair!”
Nothing beside remains. Round the decay
Of that colossal wreck, boundless and bare
The lone and level sands stretch far away.’

It took less than three thousand years for the pharaoh called “Ozymandias” to be forgotten. But wait a second, he hasn’t been completely! We’ve now recovered more than a little about the life of Ramesses II, his real name. Perhaps there’s life yet in Ozymandias’s trunkless legs. What future do we yet see for him? He’s lasted quite awhile now, but time marches on: in about five billion years from now, our Sun will run out of nuclear fuel and balloon into a red giant, melting his homeland to slag and sterilizing what remains of his planet.

We like to think that our collective memory will outlive Earth: that descendants of humans will one day populate the galaxy, and perhaps others besides, with our progeny. This holds out the possibility that Ozymandias’s works, or at least his name and history, will persist in perpetuity.

But the wheel of saṃsāra crushes all. According to our best cosmological theories, the universe will expand forever under increasing acceleration from the effect of dark energy, and what is left will slowly disintegrate into entropy. In two trillion years we will no longer be able to detect any galaxies but our own, since space will have expanded them all past the point of detection. The era of star formation will end in about a hundred trillion years, and the stars and planets that are left will slowly be absorbed into black holes. Nuclei will most likely begin decaying at 1034 years. By 1040 years all that will be left in the universe will be black holes and high entropy radiation. The last of the black holes will evaporate by 10100 years, leaving a universe that is essentially empty.

The timescales involved are mighty, reducing a human lifespan to utter insignificance. But that alone isn’t the point: the point is that these times, unimaginably distant though they may be, will one day be as real as here and now. There will come an hour, a day, a potentially endless epoch-series of heres and nows where all we are and all we have done will be utterly gone and forgotten. Any causal signal we might have produced in our blink of a life will be as lost in the entropic noise as a neanderthal’s sneeze.

It’s true that cosmology holds out the hope of future universes spawned from that endless dark, but presently they’re no more than speculations without evidence. And at any rate, they would have nothing to do with us. Nor would the potential for eternal abstracta like numbers or laws of nature to which some look for hope. If such things exist, they are more bloodless than the vacuum.

So some accept stories written in old books about other so-called “realms of existence”, apparently tuned for sentience: of everlasting life in heaven, of resurrection in a perfected body, with a perfected mind.

Others accept stories about beginningless rebirths, that comfort us with the thought that whatever kammic conditioning endures from moment to moment in our lives will follow us after we die, creating a new birth from our kammic shell. It’s sometimes said that the ancient Indian culture looked upon saṃsāric rebirth with an eye to life’s pains, and that therefore rebirth wasn’t appreciated. I’m not convinced: clinging to a notion of self that persists after we die is basic to the Buddha’s own picture of psychology. Kammic rebirth serves its cosmic purpose within the Buddha dhamma, but it also springs from the same deep root: a desire for self perpetuation. The Buddha’s own discussions with householders looking for happy rebirth tell the tale.

This move to embrace fantasy is essentially childish. When we’re kids we think of illness and death as something almost inconceivable, until it happens to someone close to us: a close family friend who dies a few months after a diagnosis of pancreatic cancer, a brilliant cousin who becomes schizophrenic and commits suicide, a grandmother whose mind is slowly lost through Alzheimer’s. Experiences like these helped awaken me to the reality of anicca and dukkha.

The fantasy strategy can work for a time, but eventually it must break down on confrontation with reality. And then we need a strategy for confronting dukkha: for coming to terms with the lone and level sands.

Philosopher David Hume expressed one natural response to this kind of existential problem, in his Treatise of Human Nature:

Most fortunately it happens, that since reason is incapable of dispelling these clouds, nature herself suffices to that purpose, and cures me of this philosophical melancholy and delirium, either by relaxing this bent of mind, or by some avocation, and lively impression of my senses, which obliterate all these chimeras. I dine, I play a game of backgammon, I converse, and am merry with my friends; and when after three or four hours’ amusement, I would return to these speculations, they appear so cold, and strained, and ridiculous, that I cannot find in my heart to enter into them any farther.

Except of course that it’s not. It’s only postponed, waiting impatiently in the corner with your coat in its hand like Eliot’s snickering footman. As Christopher Hitchens put it in his book Mortality, written while slowly dying of throat cancer:

… I don’t so much object to his holding my coat in that marked manner, as if mutely reminding me that it’s time to be on my way. No, it’s the snickering that gets me down.

So, just how do we rid ourselves of that snickering?

That is the point of practice.