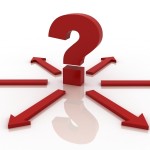 Take this poll to let us know what kind of content you need for your practice.

We are trying to understand our virtual sangha (community) better.

Posted in Polls and tagged poll
← Authenticity, Anxiety, and the Revision of the Pali CanonEpisode 102 :: Martine Batchelor :: Let Go: A Buddhist Guide to Breaking Free of Habits →