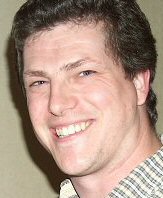 Matt Lowry the Skeptical Teacher, and Brian Gregory of Virtual Drinking Skeptically join us to talk about the myths and facts of the physics of martial arts.

I remember a television show called “That’s Incredible”, and indeed it was. One particular episode had a self-proclaimed martial arts master, James Hydrick who could — supposedly — move pencils and turn phone book pages with his extra-normal powers. This was debunked with a few flakes of packing material on another show, showing how this charlatan was simply using his breath to cause objects to move.

But there are people who mistakenly believe their own press, who think they really do have supernatural powers, or that they are enhancing their strength with invisible fields of cosmic energy. As you can see in one of the embedded videos on the web page for this episode, one fellow comes drastically close to severing his own arm because of this unfounded delusion. It is important for us to question with confidence, to ask for evidence, or else all claims are equally true, and equally, potentially, harmful.

Matt Lowry is a high school physics teacher (plus a part-time physics & astronomy college professor) with a strong interest in promoting science education & critical thinking among his students and the population in general. He is a self-described skeptic, someone who believes in Carl Sagan’s adage that “extraordinary claims require extraordinary evidence.” His blog The Skeptical Teacher is to allow Matt to expound upon various topics related to skepticism, science, and education. Brian Gregory is a software engineer that has recently discovered that most of his assumptions about life are wrong; including beliefs, expectations, roles, etc. This transformation, fueled by the Internet, Social Media, Podcasts, and traditional media, has sparked his passion for science, reason, and the naturalistic worldview. Drinking Skeptically is “an informal social event designed to promote fellowship and networking among skeptics, critical-thinkers, and like-minded individuals”. These “real life” groups meet around the country to provide an opportunity for skeptics and skeptic-friendly people to talk, share ideas (and yes, drink) in a casual, relaxed atmosphere.

“Physics is for everyone.” — Matt Lowry