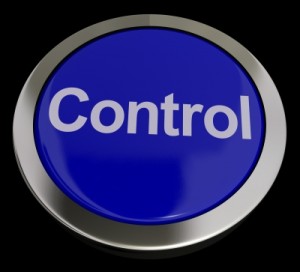 The Shorter Discourse to Saccaka (Cūḷasaccaka Sutta, Majjhima Nikāya 35) contains one of the most incisive discussions of anatta or not-self in the Buddhist Canon. However, it is also one of the most thorny to unpack, since the argument it presents is far from clear.

The sutta centers around a debate between the Buddha and a wandering sophist named Saccaka. In the opening paragraphs, Saccaka reveals himself to be self-centered and vain, boasting of his abilities in debate. Presented with the Buddha’s claim that the five aggregates that make up a person (bodily form, feeling, perception, volition, and consciousness) are impermanent and not-self, he summarily dismisses the doctrine as “evil” (pāpaka). He then gathers a large group of Licchavi clansmen from Vesāli to accompany him and witness what he predicts will be a complete thrashing of the Buddha in debate.

The debate centers around a couple of similes related to the Buddha’s claim of not-self. Saccaka begins by presenting to the Buddha a simile involving the earth and a seed. Just as a seed grows in dependence upon the earth, he says, so too a person makes merit or demerit depending on the five aggregates as self.

Since Saccaka’s simile does not make entirely clear his view about the self, the Buddha reinforces it by pointedly asking him whether he therefore is taking the five aggregates as one’s self. Saccaka says he is.

The Buddha replies to Saccaka’s claim with a simile of the power that King Pasenadi or King Ajātasattu has to control his subjects. He asks Saccaka if such a king can execute, imprison, or banish anyone he wants within his own realm. Saccaka says that he can.

But, the Buddha continues,

At this, it’s clear that Saccaka realizes he has been defeated. Saccaka goes mute. He only responds under threats from a demon (much as we saw before in the Ambaṭṭha Sutta, Dīgha Nikāya 3), agreeing with the Buddha that he in fact does not have such power, neither over bodily form, nor over the other four aggregates. As such, he is made to agree, these aggregates cannot be his self.

The Buddha adds a further twist by getting Saccaka to admit that the aggregates are also impermanent, and therefore prone to suffering. As such, they are not “fit to be regarded” as I, mine, or myself.

Although it is not clear whether Saccaka ever really accepts the Buddha’s argument, since he never becomes a disciple of the Buddha, he at least is presented as having lost the debate.

The Buddha’s approach is presented as a rhetorical triumph. It is unlikely that Saccaka would have publicly denied the royal power of kings. Once he had asserted this power, commonly taken to be complete, he was unable to make the analogy to his own comparative powerlessness over body and mind.

But to be fair, these tactics seem to revolve around rhetorical moves, around what can be asserted or denied publicly. If we leave that aside, the force of the Buddha’s argument becomes less clear.

For example, although King Pasenadi may have the theoretical power “to fine those who deserve to be fined”, as the Buddha puts it, nevertheless in practice — which after all is the real issue here — King Pasenadi’s power falls well short of perfection. Many of those who deserve to be fined will not in fact end up having been fined, either because their acts were hidden, or because King Pasenadi was unable to locate them, or because their sentence was not properly carried out, or any one of a million different possible faults in the king’s ability to wield power.

In fact King Pasenadi does not wield complete power over his own kingdom. But having said that, the analogy with one’s control over the five aggregates becomes clearer.

Saccaka’s problem is that once he has asserted that kings possess royal power, he must bring the analogy across to the self, as expressed in the five aggregates. He must say that the self has power over the aggregates, and yet it appears he cannot.

But this is very odd. Why can’t he? After all, we do possess power over the aggregates. When it comes to bodily form, we can move our body as we will, we can to a limited extent change our feelings, we can change our perceptions by moving our head or attending elsewhere, we have volitional power and can (again, to a limited extent) change our volitions if we feel they are leading us astray. How is this any different from King Pasenadi’s power over his kingdom? Neither is complete, but both are real.

So it seems that when asked by the Buddha,

The question, then, is why Saccaka did not make such a simple and obvious response to the Buddha’s line of questioning.

The Locus of Control

The Buddha’s position on the self is often misconstrued as the claim that “there is no self”. As I have argued elsewhere, in fact the Buddha had a much more complex and subtle approach to the self than a simple denial of its existence.

There is a difference between a doctrine of “no self” and one of “non-” or “not-self”. We see that difference expressed in some depth in this argument with Saccaka.

Perhaps the best way to understand Saccaka’s odd reluctance to respond as might seem most appropriate is that he and his audience assume a certain picture of the self which may appear to us antiquated or odd. For Saccaka, the self was not an everyday, pragmatic, changing, imperfect self, but rather a Self with a capital-S, the “atman” of the Upanishadic holy texts. It was the permanent, unchanging, blissful center of our being, a place that crucially was taken to be the locus of perfect control. It is the self as unconditional, unrestricted, absolute.

What is our self but that which we can always and absolutely bend to our wishes? Anything we cannot so control is to that extent not-self. It resists our will and therefore must be foreign to who we really are. Taken in this way, of course, the self cannot be identified with the five aggregates, since they stand outside of our locus of perfect control.

The Buddha’s claim is that it’s not clear such a locus really exists. Our bodily form, feelings, perceptions, and consciousness certainly lie outside of it. Even our own volition is not under our perfect control, since at times we find ourselves doing things that we don’t want to do, either out of compulsion or sheer foolishness.

Hence whatever these aggregates are, they are “not-self”, in this absolute sense. They are changeable, hence not the sort of permanent, unconditioned place that the Upanishads identified with universal Being or Brahman.

More central to this sutta, the aggregates are also only imperfectly controlled by ourselves, or by that which we like to think of as “ourselves”.

If in fact Saccaka had in mind this pure, absolute notion of self when arguing with the Buddha, then he was mightily confused when he felt it could be identified with the five aggregates. And I think there is no other way to explain his apparent shock when the Buddha pointed out his own lack of control over physical form.

The oddity of this argument, though, stems from its implicit assumption of the self as a permanent and perfect locus of control. That is not how we think of the self nowadays, at least not when we use the concept in its pragmatic, everyday sense. Nevertheless I think that seeing and understanding this sutta reveals quite a bit about the Buddha’s own philosophical and cultural context. It helps to reveal more about the focus of his concern when discussing “not-self”.

It also helps us to become aware of the true depth of our lack of control. For in our unthinking moments we often do take our aggregates — or at least the mental aspects of our being — as things that are or at least should be completely controllable; as though the only difference between one mental state and another were a simple act of will. This discourse helps us to understand the error in seeing things this way. Control is only a thin veneer over a heavy base of causes and conditions. To assume otherwise is only to foment suffering.

Posted in Articles and tagged not self, Pali canon
← Episode 188 :: Adam Eurich :: Seeking HeartwoodPractice Circle: Tonglen for the Winter Solstice →