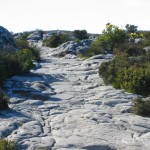 An apparent inconsistency lies at the heart of the Buddha’s teachings: his dhamma recommends we follow two paths at the same time, which lead to different destinations. On the one hand, we are to act ethically within the world, so as to build up a kammic bank account which will help us in attaining better rebirth. On the other hand, we are to become renunciants, foregoing the fruits of kammic action so as to escape the birth-rounds of saṃsāra.

The Buddha’s Path has three main limbs: wisdom (pañña), ethics (sīla), and concentration or meditation (samādhi). The ethical limb makes up three factors out of eight: right speech, right action, and right livelihood. So it makes up more than a third of the Buddha’s recommendation for practice. Further, ethics was always where he started when teaching beginners. Before meditation, before wisdom, ethical practice was primary. (Majjhima Nikāya 6, MN 27). However, it was also not the goal (MN 29): stopping with ethical practice could only hope to get one a better rebirth within saṃsāra, it could not get one to nibbāna itself. (MN 41).

It seems as though the Buddha recommends two distinct paths: an ethical path that does not lead to nibbāna, and a path of wisdom that leads to nibbāna. In order to pursue the latter path, we must somehow cross over to it from the former. The later, abhidhamma tradition termed these the “mundane” (lokiya) and “supramundane” (lokuttara) paths.*

This problem inherent in the Buddha dhamma, this distinction between the mundane and the supramundane, the worldly and the ultimate, had a long term impact upon the development of Buddhist philosophy. Arguably it culminated in Nāgārjuna’s doctrine of emptiness that permeated much of Mahāyāna thought.

The question for us contemporary practitioners, however, is whether this inconsistency can be reconciled; and if so, how.

The Way of Illusion

Following this approach, one might say that the very concepts used in the mundane path are faulty. There are no true persons to whom ethical values might apply. There are no true actions that are ethically meaningful. “Good” and “bad”, “right” and “wrong”, are nothing more than arbitrary conventions we use in daily life. They are as problematic and illusory as our faulty notions of “I” and “mine”.

The true arahant, then, is “beyond good and evil”, in Friedrich Nietzsche’s famous phrase. He is a sort of “superman” who, seeing through the illusory nature of our conventional ethical schemes, is free to propose and indeed impose whatever ethical scheme he sees fit. He becomes almost a deified figure, living a life entirely at his whim, and teaching by a sort of divine command, values stemming directly from a vision of the Unconditioned.

A big problem with this interpretation, however, is that it all too easily leads to abuse. Anyone can set himself up as a guru or sage, and power corrupts.

Once a guru feels he (and it is almost always a “he”) has the doctrinal permission to make up his own ethical system as he goes along, particularly in the power-laden context of a guru/student relationship, the environment can get very bad, very quickly. Why should we expect otherwise, if the guru himself believes that conventional morality is a sham?

Fortunately this is not the method that the Buddha of the suttas actually used to reconcile the mundane and supramundane paths. For the Buddha, the mundane path was a real path, not an illusion, and it was to be pursued in pursuing the path to nibbana. The distinction between the humble practitioner making his or her way along the path, and the arahant at its conclusion, is not one of having overcome ethical conventions. Far from it.

As the Buddha says:

The Bhaddāli Sutta (MN 65) compares the arahant to a well trained horse. What distinguishes the arahant from the lay follower is not that the former has somehow got beyond or seen through the mundane, ethical path. Rather he has been so fully trained in it that he no longer sees it as a list of rules to follow by rote, but rather as something that he knows how to perform naturally.

This distinction between “knowing that” and “knowing how” is, I would argue, fundamental to the difference between the mundane and the supramundane paths in the Pali Canon. Following the mundane path is perforce following rules in a conceptual system: one knows that it is wrong to lie. One may not yet know how to stop doing so. It is as yet not fully integrated into one’s understanding and behavior, so one must bring the rule to mind again and again, conceptually.

It is like someone learning a language, who will do the conjugations and declensions one by one, laboriously, in order to speak a proper sentence. The supramundane path has been reached when one no longer needs to deal with the rules on a conceptual level, but instead knows how to use them naturally, speaking them with fluency.

The apparent inconsistency between mundane and supramundane paths runs deep in the dhamma. How are we to approach it as modern, secular practitioners? This conflict recalls the more familiar distinction between the ordinary and the scientific, which philosopher Wilfrid Sellars called the “manifest image” and the “scientific image”. As the Stanford Encyclopedia of Philosophy puts it,

Sellars characterizes the manifest image as “the framework in terms of which man came to be aware of himself as man-in-the-world”, but it is, more broadly, the framework in terms of which we ordinarily observe and explain our world. The fundamental objects of the manifest image are persons and things. There is a particular emphasis on persons, which puts normativity and reason at center stage. …

Science, by postulating new kinds of basic entities (e.g., subatomic particles, fields, collapsing packets of probability waves), slowly constructs a new framework on this basis that claims to be a complete description and explanation of the world and its processes. The scientific image grows out of and is methodologically posterior to the manifest image, which provides the initial framework in which science is nurtured, but Sellars claims that “the scientific image presents itself as a rival image. From its point of view the manifest image on which it rests is an ‘inadequate’ but pragmatically useful likeness of a reality which first finds its adequate (in principle) likeness in the scientific image.”

In other words, the “manifest image” of the world includes people, chairs, houses, and countries, and if you lie to me or steal my wallet, you have done me wrong. On the other hand the “scientific image” describes and explains all of this by reference to a deeper, underlying framework of objects and relations, which call into question the existence of our everyday world.

Reconciling these two “images” of reality is a problem even today, within a materialist context: a form of the Buddha’s inconsistency dogs us under a different guise. The Buddha’s problem with what he termed “nihilism”, or more accurately “materialism”, is that (ironically) like his own conception of the world-renouncing path, it seems oddly inconsistent with there being real persons to whom ethical norms might apply.

Science reinforces Buddhist concepts of object impermanence and the constructed nature of the self. Science is also unable to weigh or measure ethical values. This has lead some contemporary philosophers to claim that therefore such values are illusory. This is much the way that some Buddhists make the same claims with regard to the “ultimate truths” discovered on the supramundane path: they show ordinary concepts of moral value to be illusory.

But we do not need to follow this route, and indeed claiming that there are literally no persons, nor ethical values, risks opening the door to abuse, especially from within a complex system of psychological practice. It also opens the door to a broader form of ethical or even political carelessness that ill befits a system supposedly aimed towards promoting well being for all. So I would suggest instead we take onboard the Buddha’s own approach, founded on the realization that true well being only occurs in a fully ethical practice, where we have extinguished the fires of greed, hatred, and ignorance.

To follow the path is first to learn that these claims are true. Over time it is also to learn how to put them into daily practice, to make them part of our natural behavioral and psychological repertoire.

Seen in that light, the apparent inconsistency between ethics (sīla) and wisdom (pañña) is reconcilable, and the paths merge into one: ethics is a fundamental part of the wisdom which we pursue through concentration (samādhi). Since in following a secular pathway, we know that there is no further life to win by building up karmic merit or demerit, there is no distinction between the paths to be made on that ground anyhow.

* The terms also appear in MN 117, but Bhikkhu Bodhi, following Bhikkhu Anālayo, believes they are a later interpolation, by an abhidhammic or proto-abhidhammic redactor. The Chinese Madhyamika Āgama version lacks the terms in question, and they and several other passages in the sutta appear out of place in the Canon.