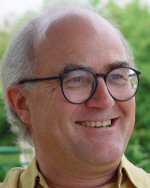 Today we speak with Stephen Batchelor about his book The Awakening of the West: The Encounter of Buddhism and Western Culture.

Hi, everyone. Welcome to this milestone in The Secular Buddhist podcast, as we expand into our third digit of Episode 100. We would not have reached this point without you, our growing listener community. And it is growing, as of this recording each episode is getting over 1200 downloads with over 142,000 total. The Secular Buddhist is usually if not always listed in the top 36 on iTunes for Buddhist podcasts, the FaceBook page has over 2000 Likes, and even our Twitter feed is seeing a constant stream of new Followers. We have a new website for the Secular Buddhist Association, designed for the development of community, with new sites springing up in other countries (more on that next week!). And our sincerest thanks to the many wonderful guests it has been a great joy to speak with. If not for you, this podcast would not have gained the attention it has.

Part of the reason for this steady increase in the interest of a secular way of engaging with a traditional practice is our culture, both in terms of our becoming a more secular society, and the technological tools I mentioned that foster that growth. Far from being a “watering down” of the teaching and practice of Buddhism, this is a watering of those seeds planted in new and rich soil, that of our contemporary culture. Conveniently, tracing the evolution of Buddhism in the West is the subject of the book we’re discussing today.

Stephen Batchelor is a contemporary Buddhist teacher and writer, best known for his secular or agnostic approach to Buddhism. Stephen considers Buddhism to be a constantly evolving culture of awakening rather than a religious system based on immutable dogmas and beliefs. In particular, he regards the doctrines of karma and rebirth to be features of ancient Indian civilisation and not intrinsic to what the Buddha taught. Buddhism has survived for the past 2,500 years because of its capacity to reinvent itself in accord with the needs of the different Asian societies with which it has creatively interacted throughout its history. As Buddhism encounters modernity, it enters a vital new phase of its development. Through his writings, translations and teaching, Stephen engages in a critical exploration of Buddhism’s role in the modern world, which has earned him both condemnation as a heretic and praise as a reformer.

So, sit back, relax, and have a nice French Lemon Ginger tea.

“To suggest that traditional Buddhism is just as impermanent and as contingent and as imperfect as everything else, is not going to sit very happily with beliefs that are held regarding the truth of our particular doctrines, the authority of our lineage — all of these things are very much threatened by historical awareness of the actual state of affairs. But frankly I find that historical awareness of Buddhism is a wonderful way of illustrating the core teachings of Buddhism itself, namely that Buddhism is not somehow excluded from being contingently arisen, nor is it excluded from being impermanent, nor is it excluded from being dukkha, from being dissatisfactory and imperfect.” — Stephen Batchelor

The music heard in the middle of the podcast is from Rodrigo Rodriguez’s upcoming CD, Shakuhachi Meditations. The tracks used in this episode are:

Posted in Book Reviews, The Secular Buddhist Podcast and tagged secular buddhism, Secular Dharma Retreat, Secular Practice, Stephen Batchelor
← What is your interest level in a virtual sangha, using video and chat through the SBA site?Mindfulness of The Engaged, Busy Mind →