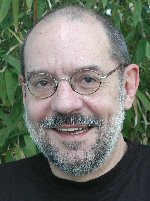 Heinz Hilbrecht joins us to speak about his book in German Meditation und Gehirn, or in English Meditation and the Brain.

There seems to be an attitude prevalent in our contemporary society, that ancient ways of trying to understand the world are in conflict with scientific findings. And in many cases, this is correct, the world isn’t flat, and the sun doesn’t revolve around it. But when we dismiss them out of hand because they are old, or because we have an aversion to the context in which the idea grew, we may be missing some early attempts at understanding that may have a very real grounding in how our minds work.

Heinz Hilbrecht received his MA and PhD in geology and paleontology from Free University Berlin, worked at ETH Zürich for 12 years and became a freelance journalist in 2000. Heinz has a regular meditation practice since 1977, with his roots in secular Theravada and philosophical Daoism. He is married to a medical doctor, shared many lectures with her at the university as a basis for his interest in human psychology and neurobiology. In his German book “Meditation und Gehirn” Heinz tracks the way of the meditator described by the Buddha, based on modern scientific knowledge. He claims the jhanas and stages of meditation reflect increasingly deeper access to usually unconscious processes in the mind and the body.

So, sit back, relax, and have a nice Black Forest Berry tea.

The music heard in the middle of the podcast is from Rodrigo Rodriguez. The track used in this episode is “Lady of the Snow” from his CD, Shakuhachi Meditations.

Posted in Book Reviews, The Secular Buddhist Podcast
← Practice: The Four StrivingsOn Subtracting What You Don't Like →