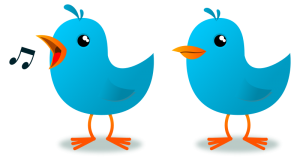 Here’s a tweet I got after mentioning a naturalized Buddhism:

Okaaaaay…. couldn’t you do the same with any religion? Subtract the parts you don’t like?

It’s a question that deserves more than a 140 character response.

A three-character response to that tweet would be simple: yes. Given any religion, one is always free to pick and choose as one likes, though in so doing one may run up against cultural or institutional problems. The same is less true for philosophical systems like Aristotelianism or Socratic ethics, since they lack the same baggage. At any rate, obviously one doesn’t need to believe in Aristotelian momentum in order to be a contemporary virtue ethicist, for example. When we look to past thinkers to inform present day discussions, we do so for inspiration, and to learn as much from their mistakes as their discoveries. We don’t ordinarily look to the past to adopt positions simply because they bear the weight of tradition. To begin with, there is too much tradition in the past; we are required to pick and choose whether we wish to or not. There is no rule that says we have to pick and choose by book- or tradition-sized chunks.

A better question is whether when we subtract the parts we don’t like, in our case the supernatural parts of Buddhism, we are left with anything very substantive or interesting. To a certain extent this is a personal matter: opinions will differ. But to take one example, if we subtract the supernatural parts from something like Christianity, it’s not clear exactly what we are left with, besides community around some ethical teachings. The standard Christian and Islamic creeds depend on the belief in supernatural events and beings. Of course, any text can be reinterpreted non-literally, but at least for my own sake I don’t quite see the point of pursuing a religious doctrine oriented around eternal salvation in heaven at the side of God through Jesus’s sacrifice and rebirth if in fact heaven and God don’t really exist and Jesus was never really reborn. It seems to me too close to living a fiction.

Some will feel a sense of place in a religious text simply as a work of literature or cultural symbolism. In varieties of Reform Judaism, for example, religious belief of any sort shades off into culture: one can be a fully atheistic, naturalist Reform Jew. Doubtless many who see themselves in that light get benefit in living through cultural aspects of a religion organized around the Tanakh and its commentaries. Personally, apart from Ecclesiastes I do not find the Bible to be a source of ethical or practical advice. Although I enjoy some of its stories, I don’t see that they are any more compelling or beautiful than those found in other ancient tales, or modern ones for that matter. So that isn’t a path that I find particularly fruitful.

Similar arguments can be made about Buddhism: Donald Lopez argues that Buddhism is no more amenable to naturalization than is any other religion. He argues that the very notion of a scientifically tractable Buddhism is a Victorian conceit. The aim of the Buddha was to escape from an endless round of karmic rebirths, and to do so he advocated behaving in such a way that you would not get yourself reborn in hell. Further, he claimed all sorts of supernatural powers and abilities for himself and other arahants.

Lopez’s implication is that if we subtract the parts of traditional Buddhism that we don’t like, in particular the supernaturalist, non-scientific parts, we tear out its heart. One of the best introductions to Buddhist thought puts it as clearly as Lopez might:

It is difficult to see what would be left of Buddhism as it is traditionally understood with a denial of rebirth. (Williams, Tribe, Wynne. Buddhist Thought, 2nd ed., p. 204)

Insofar as we know anything about the historical Buddha, there is no doubt that he accepted and taught plenty that is incompatible with modern science. The subtext of my erstwhile tweeter may be to wonder whether Lopez is right, and therefore whether anything of real interest remains if we set traditional Buddhism aside. The question that confronts us, then, is whether “Buddhism as it is traditionally understood” is something we can dispense with while retaining something that is still Buddhism.

It will come as no surprise that I think we can.

There is hardly a better example of traditional Theravada Buddhist scholarship in the west than Bhikkhu Bodhi. He begins his discussion of the Eightfold Path this way:

The essence of the Buddha’s teaching can be summed up in two principles: the Four Noble Truths and the Noble Eightfold Path. The first covers the side of doctrine, and the primary response it elicits is understanding; the second covers the side of discipline, in the broadest sense of that word, and the primary response it calls for is practice. In the structure of the teaching these two principles lock together into an indivisible unity called the dhamma-vinaya, the doctrine-and-discipline, or, in brief, the Dhamma.

Here is the point any serious-minded Secular Buddhist should make: following Bodhi, the essence of the Buddha’s teaching is the Four Noble Truths and the Noble Eightfold Path. Neither one essentially involve anything supernatural.

There are counterarguments, of course. In particular, the “Right View” that makes up the first of the eight “folds” of the path can be seen to include the view that rebirth occurs, that karma is real and active, and that liberated beings have supernatural powers. This is traditionally known as “mundane Right View”, as Bodhi points out in that very article. However, at its deepest and most profound, “Right View” is composed of, and therefore recursively interpenetrates with, the Four Noble Truths. (E.g., Mahāsatipaṭṭhāna Sutta, Digha Nikāya 22, para. 21). To have Right View, at its deepest and most profound, is to fully comprehend suffering, its origin, its cessation, and the path leading to its cessation.

So then let us look at the Four Noble Truths. The First Noble Truth is the truth that dukkha or suffering is unavoidable. To be clear, the Buddha does at times link dukkha with the endless rounds of rebirth. For example,

The stream of tears that you have shed as you roamed and wandered through this long course, weeping and wailing because of being united with the disagreeable and separated from the agreeable — this alone is more than the water in the four great oceans. For a long time, bhikkhus, you have experienced the death of a mother … you have experienced the death of a father … a brother … a sister … a son … a daughter … relatives … the loss of wealth … loss through illness …

One person, roaming and wandering on hindered by ignorance and fettered by craving, would leave behind a stack of bones, a heap of bones, a pile of bones as large as this Mount Vepulla, if there were someone there to collect them and what is collected would not perish. …

For the Buddha, part of the awfulness of dukkha is its literal beginninglessness. But the reality of dukkha retains its force whether or not beginninglessness is taken literally. We may not literally have turned to bones in the past, we may not literally have been beheaded, but we have experienced sorrow and disillusionment nonetheless, and are set to do so again in the future. That is all that is required to anchor the first of the Noble Truths.

The Second Noble Truth is that craving is the main cause of mental suffering or dukkha. This is perhaps open to investigation, but not something that requires any supernatural element, even under a traditional interpretation.

The Third Noble Truth is that there is an end to suffering, which is nibbāna, traditionally understood as the complete and permanent extinguishing of the fires of greed, hatred, and delusion, through a complete understanding of the Four Noble Truths. Once again, this is not clearly a claim that requires any supernatural element, even in a traditional interpretation, with the exception of the ancillary claim that this extinguishing also ends the cycle of literal rebirths. The ancillary claim is real and substantive, but it is debatable whether it’s something that makes a real difference to practice or intention. One who does not believe in literal rebirth is faced with extinguishing anyhow. The only question is how to face it.

There are issues with nibbāna, however, that must be dealt with.  In particular, the state’s claimed absolute purity and absolute security seem implausible. Any state, particularly one that is ongoing, is liable to imperfection and decay. It’s also not clear that we could know of the existence of such a state without actually having been in it ourselves. So there is certainly room for secular skepticism about the Third Noble Truth.

But this should not overly concern us, for two reasons. To take Lopez’s focus on traditional Buddhism first, the Buddha himself considered knowledge of nibbāna to be little more than hearsay until one reached the relatively advanced stage of “stream entry”. He says explicitly that it is correct to be agnostic about nibbāna until one sees it for oneself.

Instead what the Buddha suggests is that one follow the path that tends towards a diminution of clinging, and see where it leads. This is the Fourth Noble Truth, which is the Eightfold Path itself. The path, as Bhikkhu Bodhi put it, is one of discipline and practice. We have dealt with its essential views already; otherwise, as practice, its execution is at right angles with questions about supernaturalism. One can believe or not, but one still should avoid killing, stealing, lying, and so on; one should still practice concentration and insight meditation. Once again, none of this requires supernaturalism. We can subtract all we need from the Eightfold Path and still retain the practice.

The only non-naturalistic understanding of practice involves supernormal mental states like the iddhis. I daresay that one even finds skepticism about these states among traditional practitioners. At any rate, they are not requisites of the path, but rather even within a traditional interpretation are seen as mundane capabilities of people that have mastered deep states of mental absorption. Again, while they are part of the picture of traditional Buddhism, nothing essential is lost by asserting that such abilities cannot exist, given our current understanding of science. The Four Noble Truths and the Eightfold Path do not require them.

So what is the issue with “subtracting the parts you don’t like” of some ancient system of beliefs? It comes down to a question of authenticity, in a way: in so doing, are we authentic practitioners of our chosen path, or are we just somehow fooling ourselves?

It seems to me all paths may be similarly authentic if practiced honestly and honorably. But with respect to a naturalized path of the sort on offer here, I would only say this, in response to those like Donald Lopez who might look upon it as simply another anachronism. It would be unusual to find a contemporary, traditional practitioner of Christianity, Judaism, or Islam who would sum up “the essence” of their teaching without the use of explicitly and intentionally supernatural language. That this happens in Buddhism gives at least a little daylight. It may be that of contemporary religions Buddhism is the most amenable to secular interpretation. Or, to say it a different way, when one subtracts what is not scientifically tractable from Buddhist belief and practice, one does not destroy it.