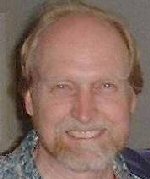 Leigh Brasington joins us to speak about what the Pali canon suttas have to say about practicing the jhanas.

In traditional Theravadin Buddhism, there’s this thing called the Eightfold Path. It is the process by which we abandon the fetters, those pesky things that lead us to regular encounters with dissatisfaction in life. The last part of that, samatha, is two meditative practices: one focused on a wide awareness, the other on a singular awareness. Today, we see references to the first of those as insight, or vipassana, or satipatthana, the four foundations of mindfulness, probably the most recognized term in Western culture thanks to the work of Jon Kabat-Zinn. And for many people, things end there, without much attending to the eighth part of the path, the focusing of attention on one object to a degree of concentration and indistractability called jhana.

Leigh Brasington is a student of Venerable Ayya Khema, and has been teaching jhana meditation since the early 90’s. His interest is a naturalistic approach to concentration meditation, and helping people understand that deeper meditative states of mind can be helpful off the cushion, and can be attained.

So, sit back, relax, and have a nice Cinnamint tea.

“There are no nouns, just some slow moving verbs.” — Leigh Brasington

The music heard in the middle of the podcast is from Rodrigo Rodriguez. The track used in this episode is “Aki” from his CD, Inner Thoughts.

Posted in The Secular Buddhist Podcast and tagged jhana, meditation
← On Gutting on HappinessMaking Peace in my Own Backyard →