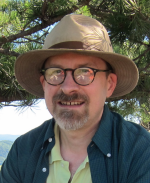 Doug Smith and Justin Whitaker join us to speak about their paper Reading the Buddha as a Philosopher.

Have you ever been asked whether you think of Buddha as a religious figure, or as a philosopher? Or perhaps some other description has been thrown in the mix, like teacher or healer. Every time I see discussions online and elsewhere about what Buddhism is, invariably how we describe Gotama makes its way into the dialogue. But what we may mean by philosopher has changed over the years, and there may be a dismissive view that the Buddha could be described as such.

Doug Smith has practiced meditation on and off for many years. He chose to do a PhD in Philosophy rather than Buddhist Studies, pursuing a minor in South Asian Studies alongside. He is also a long-time scientific skeptic. Reading Steven Batchelor’s Confession of a Buddhist Atheist turned him around to the possibility of a secularized Buddhist practice, one that would not require belief in the supernatural. He’s now getting back into a more thorough study of what interested him most about Buddhism back in school: the Pali Canon. 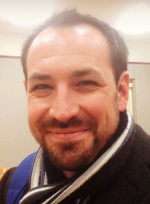 Justin Whitaker is the founder of American Buddhist Perspectives, an award-winning blog chronicling Buddhism in the United States and beyond as well as Mindful Montana, offering mindfulness meditation rooted in Buddhist tradition and contemporary science. He has been interviewed by Tricycle Magazine, On Being’s podcast “Creating Our Own Lives” and the Secular Buddhist podcast. He holds a PhD in Religious Studies from the University of London where his work focused on comparing early Buddhist ethics with the work of Immanuel Kant (1724 – 1804). He has taught at several colleges and universities in the U.S. as well as in India and China.

So, sit back, relax, and have a nice Philosopher’s Brew Herbal Tea. Maybe make that in Russell’s Teapot.