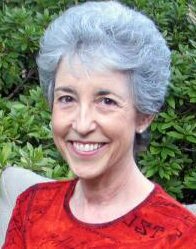 Carol Tavris speaks with us about how cognitive dissonance can lead to unhealthy conceptual attachments.

Fairly frequently I get email from listeners, asking for recommendations on books that have been particularly helpful with practice. Often, there is an interest in books that are more secular in nature, and I’m happy to ask a few questions about what the listener might be looking for, and try to come up with recommendations from the Resources pages on the website that might be helpful to their particular situation.

One book I recommend, and often mention on the podcast, is not a “Buddhist” book at all. And yet, it’s in my top five list of those most helpful. The book is “Mistakes Were Made, But Not By Me: Why We Justify Foolish Beliefs, Bad Decisions, and Hurtful Acts” by Carol Tavris and Elliot Aronson. It’s about cognitive dissonance, the holding of different and conflicting ideas in our mind, and what we normally do in these common situations.

This entire concept is examined with tremendous insight, and explained with great clarity. As meditators, part of our practice is trying to see through these self-delusions we build, and this book can help to focus the attention on what we may be doing off the cushion without even being aware of it. One thing I would like to also suggest is that you make a point of taking a look at the episode page on the website for this interview, as I’ve included an extensive set of quotes from the book you may find interesting.

One of the authors joins us today. Carol Tavris is a social psychologist, writer, and lecturer whose goal is to promote psychological science and critical thinking in improving our lives. Her other major books include the landmark “Anger: The misunderstood emotion,” a book well known for its critical look at unvalidated notions about the inevitability of anger and the need to “ventilate” it, and how anger can best be expressed constructively. She is also author of the award-winning “The Mismeasure of Woman: Why women are not the better sex, the inferior sex, or the opposite sex,” and coauthor of two widely used textbooks for introductory psychology. She is a Fellow of the American Psychological Association, a Charter Fellow of the Association for Psychological Science, and a member of the editorial board of the APS journal “Psychological Science in the Public Interest.”

In honor of SkepchickCon which is going on this weekend at Convergence, sit back, relax, and have a nice Buzzed Aldrin.

Quotes — All quotes below are from “Mistakes Were Made, But Not By Me”

“Even irrefutable evidence is rarely enough to pierce the mental armor of self-justification.”

“That is why self-justification is more powerful and more dangerous than the explicit lie. It allows people to convince themselves that what they did was the best thing they could have done. In fact, come to think of it, it was the right thing.”

“Cognitive dissonance is a state of tension that occurs whenever a person holds two cognitions (ideas, attitudes, beliefs, opinions) that are psychologically inconsistent.”

“Severe initiations increase a member’s liking for the group. These findings do not mean that people enjoy painful experiences, such as filling out their income-tax forms, or that people enjoy things because they are associated with pain. What they do show is that if a person voluntarily goes through a difficult or a painful experience in order to attain some goal or object, that goal or object becomes more attractive.”

“… in a study of people who were being monitored by magnetic resonance imaging (MRI) while they were trying to process dissonant or consonant information about George Bush or John Kerry, Drew Westen and his colleagues found that the reasoning areas of the brain virtually shut down when participants were confronted with dissonant information, and the emotion circuits of the brain lit up happily when consonance was restored. These mechanisms provide a neurological basis for the observation that once our minds are made up, it is hard to change them.”

“People become more certain they are right about something they just did if they can’t undo it.”

“Fortunately, dissonance theory also shows us how a person’s generous actions can create a spiral of benevolence and compassion, a “virtuous circle.” When people do a good deed, particularly when they do it on a whim or by chance, they will come to see the beneficiary of their generosity in a warmer light. Their cognition that they went out of their way to do a favor for this person is dissonant with any negative feelings they might have had about him.”

“How do you get an honest man to lose his ethical compass? You get him to take one step at a time, and self-justification will do the rest.”

“A richer understanding of how and why our minds work as they do is the first step toward breaking the self-justification habit. And that, in turn, requires us to be more mindful of our behavior and the reasons for our choices.”

“The brain is designed with blind spots, optical and psychological, and one of its cleverest tricks is to confer on us the comforting delusion that we, personally, do not have any.”

“All of us are as unaware of our blind spots as fish are unaware of the water they swim in, but those who swim in the waters of privilege have a particular motivation to remain oblivious.”

“Blind spots enhance our pride and activate our prejudices.”

“After a while, you won’t be able to distinguish your actual memory from subsequent information that crept in from elsewhere. That phenomenon is called “source confusion,” otherwise known as the “where did I hear that?” problem.”

“The scientific method consists of the use of procedures designed to show not that our predictions and hypotheses are right, but that they might be wrong. Scientific reasoning is useful to anyone in any job because it makes us face the possibility, even the dire reality, that we were mistaken. It forces us to confront our self-justifications and put them on public display for others to puncture. At its core, therefore, science is a form of arrogance control.”

“And, in fact, the 1992 Mollen Commission, reporting on patterns of corruption in the New York Police Department, concluded that the practice of police falsification of evidence is ‘so common in certain precincts that it has spawned its own word: ‘testilying.””

“… training does not increase accuracy; it increases people’s confidence in their accuracy.”

“Successful, stable couples are able to listen to the partner’s criticisms, concerns, and suggestions undefensively. In our terms, they are able to yield, just enough, on the self-justifying excuse “That’s the kind of person I am.” They reduce the dissonance caused by small irritations by overlooking them, and they reduce the dissonance caused by their mistakes and major problems by solving them.”

“We all have, intentionally or unintentionally, hurt another person who will forever regard us as the villain, the betrayer, the scoundrel. And we have all felt the sting of being on the receiving end of an act of injustice, nursing a wound that never seems to fully heal. The remarkable thing about self-justification is that it allows us to shift from one role to the other and back again in the blink of an eye, without applying what we have learned from one role to the other.”

“Human beings may not be eager to change, but we have the ability to change, and the fact that many of our self-protective delusions and blind spots are built into the way the brain works is no justification for not trying. The ultimate correction for the tunnel vision that afflicts all of us mortals is more light.”

“Bennis and Nanus offer a story about the legendary Tom Watson Sr., IBM’s founder and its guiding inspiration for over forty years. ‘A promising junior executive of IBM was involved in a risky venture for the company and managed to lose over $10 million in the gamble,’ they wrote. ‘It was a disaster. When Watson called the nervous executive into his office, the young man blurted out, ‘I guess you want my resignation?’ Watson said, ‘You can’t be serious. We’ve just spent $10 million educating you!””

“‘When a friend makes a mistake,’ he said, ‘the friend remains a friend, and the mistake remains a mistake.'”

“If Robert E. Lee could take responsibility for an action that cost thousands of lives, why can’t all those people in traffic school even admit they ran a red light?”

“Therefore, says Pratkanis, before a victim of a scam will inch back from the precipice, he or she needs to feel respected and supported. Helpful relatives can encourage the person to talk about his or her values and how those values influenced what happened, while they listen uncritically. Instead of irritably asking “How could you possibly have believed that creep?” you say “Tell me what appealed to you about the guy that made you believe him.””

“Thomas Edison’s reply to his assistant (or to a reporter), who was lamenting Edison’s ten thousand experimental failures in his effort to create the first incandescent light bulb. ‘I have not failed,’ he told the assistant (or reporter). ‘I successfully discovered 10,000 elements that don’t work.'”