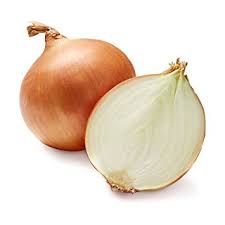 Of all the central notions of Buddhism, anatta ‘no self’ is the hardest to understand. At least it is the most counter-intuitive. Of course I have a self! If I tread on someone else’s toe, I may feel apologetic but I do not feel pain. If someone else treads on my toe I do feel pain but I do not feel apologetic. What about people with AIDS? Their problem is that their auto-immune system is no longer able to distinguish Self from Non-Self. Thus pathogens ordinarily resisted as foreign by the body are allowed in unchecked, causing opportunistic infections. Not to mention love. Love is the ultimate whole-person compliment. When I love someone I love not that person’s attributes (however attractive in isolation) but a Whole ‘Gestalt’ greater than, or at least different from, the sum of its attributes or parts. I love that person’s Self.

On the other hand, perhaps there is some evidence for anatta from language and neurology. When I speak for any length of time a foreign language such as Spanish I feel all at sea. My comfortable English-speaking self dissolves. Eventually a Spanish-speaking self emerges. But is it the same self if I find myself saying things I never would have said in English – and behaving (as in my body language) differently, too? There is a sense in which I have become someone else. Moreover, it is remarkable how various mental functions are localized in particular areas of the brain: impairment of those areas (as by trauma or stroke) results in impairment or even disappearance of the corresponding functions. The victim of such disasters has either a diminished self or a new one – but not the same one as before.

I claim that all the arguments above are true and mutually compatible, and that none is incompatible with the Buddhist notion of anatta. To show this I offer in evidence – the onion.

In European literature two onions stand out. One is in Ibsen’s play Peer Gynt. As the invaluable Wikipedia puts it: “In a central scene, we find Peer pondering his identity, and [he] picks an onion to look for the core of it. He declares himself an onion, and in the process finds nothing but layers.” So Peer Gynt’s onion has no self – or core. But in Dostoevsky’s novel The Brothers Karamazov (according to Internet NovelGuide.com): “Grushenka tells Rakitkin and Alyosha the fable of the onion: a wicked woman dies and is thrown into the lake of fire in hell by devils. Her guardian angel tries to think of one good deed of hers to tell God and save her from hell, and recalls that once she pulled up an onion and gave it to a beggar. God answers that the angel should take that same onion and offer it to her. If she takes hold of it and the angel can pull her out with it, she can go to paradise, but if the onion breaks, she must stay in the lake of fire.” So the same onion that lacks a Core has nevertheless a Configuration that not only can be eaten but can actually serve to pull a sinner out of hell!

It is Corelessness that makes me feel dizzy when I lose my bearings speaking a foreign language and that, tragically, would affect my mind in consequence of damage to my brain. But it is their unique Configurations that distinguish one onion from another, an onion from an apple, my toe from anyone else’s, and the people I love from anyone else ; and it is my Configuration that helps or hurts other beings.

Once glossed as ‘Corelessness’, anatta need no longer be seen as denying our everyday experience of Configuration.

Posted in Articles
← What is the Middle Way in Early Buddhism?8/26 Practice Circle: Getting Out of Default Mode →