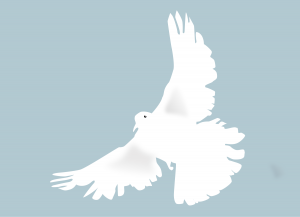 The Third Noble Truth is the truth of the cessation of craving; that there is a method by which craving can come to an end within a human lifetime. As such it is a rather spare truth: the content of that method awaits the Fourth Noble Truth for its elaboration.

What is the cessation of craving? In the Nikāyas it is described many ways, perhaps the most famous includes the lines “being liberated from the taints” and the pericope:

Birth is destroyed, the holy life has been lived, what had to be done has been done, there is no more coming to any state of being. (Majjhima Nikāya 4.32).

Liberation from the three taints (āsavas) of sense desire (kāmāsava), being (bhavāsava) and ignorance (avijjāsava) are paramount. The first two are the paradigm forms of craving: we crave pleasant sensations and we crave everlasting existence. These cravings produce dukkha in us when they are not satisfied, and any satisfaction they produce must be impermanent.

The notion of a complete, perfect, or permanent liberation from anything, much less something as deep and profound as dukkha, is a question mark for secular practice. I pointed to this problem in a prior post as a concern above and beyond the traditional matter of nibbāna ending the round of rebirths. Can any human state really be perfectible? Can any saṃsāric state really be permanent?

To a large extent these are idle questions: perhaps good for working the intellect but not the sort of thing that really leads anywhere. For it’s the same with all attempts we make at self-betterment. We work to learn more about the world. This does not mean we need to believe in omniscience, nor does it mean that the impossibility of omniscience makes learning idle. We learn to make ourselves better, and better may not be perfect but at least it’s not the same or worse.

We have methods of gaining feedback about the effectiveness of our actions. If we aim to learn a language, a sport, or a craft, we know that there is a learning curve. We start slowly, but eventually we begin to see results. One day we notice that we can read signs in a language that before were only gibberish. Or we strike the ball cleaner and straighter. Or we are able to craft something that looks decent as opposed to something we want to discard.

In none of these cases is there anything much akin to perfection. Although people may talk of being a perfectly fluent speaker, or a perfect ballplayer or craftsperson, we know that these are essentially manners of speaking. Or rather, they are both correct and incorrect in different ways. Someone who speaks a language indistinguishably from a native speaker is, one might say, as perfect as can be. There is a decent sense in which such a speaker may be said to be “perfect”. But we all know of so-called “language mavens” for whom perfection is a nearly unachievable goal, more a matter of social skills and upbringing than anything studied by linguists. The case for perfection is even worse when playing a sport or honing a craft. We may speak idly of perfect athletes or perfect artists, but there is no way to judge such a thing fairly, no even remotely objective criteria we could use to determine perfection, much as gymnasts and ice skaters may speak of “perfect 10s”.

For the Buddha, attainment of nibbāna was akin to a learned skill, like training a horse. As he told the wayward monk Bhaddāli:

When a fine thoroughbred colt possesses these ten factors, he is worthy of the king, in the king’s service, and considered one of the factors of the king. (MN 65.33).

So too the monk who has fulfilled the ten factors of the Eightfold Path plus Right Knowledge and Right Deliverance is one “beyond training”. This implies that attainment of nibbāna is the result of learning a kind of skill: the skill of the Eightfold Path, subject of the Fourth Noble Truth. But if so, let us consider that while a thoroughbred horse may be well-trained, perhaps as well-trained as any of the king’s best horses, it could always have been trained better. Even Babe Ruth could always have hit one more home run, or struck out one fewer time.

The horse and the Babe are perfect in a manner of speaking, but only a manner of speaking. Perhaps we might say that this perfection is only conventional in nature. But if so, there is something that is not only conventional: what is really true is that they are better than they were before training. One can hold to real betterment without real perfection. The perfect does not need to be the enemy of the good.

Traditionally the cessation of nibbāna is said to be the extinguishment of the three fires of greed, hatred, and ignorance, where “ignorance” is ignorance of the Four Noble Truths. In order to have Right View about the Four Noble Truths, one is essentially to realize perfect non-attachment to all things. This is the penetrating wisdom that leads one to cease self-directed attitudes of greed and hatred. The Buddha is said to have

These are the taints we saw above of sense desire, being, and ignorance. The first two can be understood in terms of the afflictions (kilesas), as aspects of passion (rāga) and hatred (dosa), the last as delusion (moha), directed at objects of the senses or our own existence, as for example in the Buddha’s famous Fire Sermon:

The suttas are filled with descriptive analogies for these taints or afflictions, ways that we can come to see what amount to the aim of our training, but perhaps the most basic is in terms of the Second Noble Truth itself: they are all aspects of craving (taṇhā), and hence one overcomes them through non-craving or non-attachment.

The “perfection” in non-attachment is gained, insofar as it is gained, by an “uprooting” of the underlying tendencies to craving, passion, aversion, and so on. To an extent we can understand this kind of perfection: there is a difference between being momentarily without craving and being permanently so. We are ourselves without craving for a time, perhaps for long enough even to take note of it. But in that circumstance typically we know that were the right object, experience, or thought to arise before our minds, craving would arise as well. This is not stable, and does not constitute nibbāna.

To think in terms of the Buddha’s horse analogy, we might say that a well-trained colt in the king’s service is one that is not spooked by loud noises: it is always “peaceful in that action”. Even an untrained colt is not always spooked, but we know that were the right noise to arise, they would cease keeping in step and bolt. That is akin to the untrained mind: it has a tendency to abandon training and bolt.

I do not believe we can really know what it’s like to have completely uprooted these harmful tendencies, except perhaps by distant analogy with similar psychological states of non-attachment we find in ourselves. In particular I think (and I have heard contemporary teachers say) it is helpful to pay attention to those times that we notice ourselves releasing attachment for things, even if fleetingly. Just as a rookie ballplayer can take satisfaction in the fleeting successes of each day, so too we who are unenlightened can witness for ourselves the sense of relief, of lightness, relaxation, calm that falls upon us when we come to a temporary awareness that this, whatever it might be, is impermanent and hence will cease to exist someday. It is not I, not mine, not myself. It is ultimately unsatisfactory.

These experiences of temporary release may mostly occur during formal meditation, since that is the period one can best attend to them mindfully. But that is not always the case, and as we find in the Satipaṭṭhāna Sutta itself, the Buddha’s approach to the practice and training of mindfulness is one that pervades all of life:

… a bhikkhu is one who acts in full awareness when going forward and returning … when looking ahead and looking away … when eating, drinking, consuming food, and tasting … when defecating and urinating … when walking, standing, sitting, falling asleep, waking up, talking, and keeping silent. (MN 10.8)

That is, basically, one always maintains mindful awareness. This is perhaps too onerous a practice for anyone not in a monastic setting, but the intention should nevertheless not be lost. Practice does not end when one rises from the cushion.

The permanency and perfection implied in the Third Noble Truth does not, it must be said, fit well with a reasoned, scientific understanding of the world. Less so when such a state is given mystical or apophatic readings, as I pointed out in a prior piece.

But even if we read nibbāna as the permanent uprooting of the taints, the final end of greed, hatred, delusion, the release from craving through non-attachment from all things, still the mind bridles at there being any true end in sight. Perhaps this is merely the counsel of ignorance and delusion which can be fully overcome with diligence, but my point is that it need not be so.

For even if there is no true perfection of the mind, there is mental betterment. Even if we cannot in fact remain permanently in a state of non-attachment to all things, we may do so for a time. Or we may do so with respect to more things, or we may learn to loosen attachment to those things that make us the most vulnerable. There are always paths to progress.

Key to seeing the way forward is awareness of release when it happens. We often find ourselves in states of de facto non-attachment: we may, for example, be sitting in dull complacency. Being aware of non-attachment in that circumstance is not of much use, since it is a state lacking in real insight; nothing is learned in dullness, since it is essentially a state of delusion. But non-attachment that arises from an insight into impermanence, unsatisfactoriness, non-self is different. It may indeed be intentional. It leads more securely to skillful action by mitigating our natural tendencies to greed and aversion. And experientially it has a pleasant, blissful character entirely different from dull complacency, but also different from ordinary states of pleasant experience.

If that is all we ever have to go on, it is not nothing. It is not even very little. It is very much.