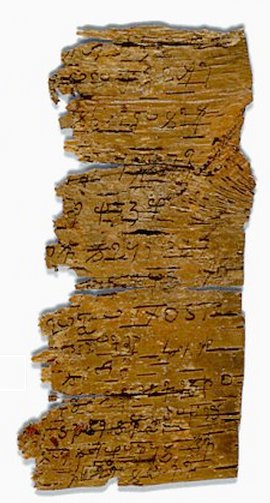 There are some exciting things happening in the world of Buddhist studies. There is one in particular I’m familiar with that I thought you might like to know about, because – especially at this moment in time – you don’t need to be either a monastic or a student at a university, or a big name author to make a difference in the direction Buddhism is heading in the future. Anyone with a deep appreciation for the usefulness of Buddhist practice in their lives, who wants to contribute to our knowledge and understanding of the teachings, and help spread them to those who’d find them useful, can step up and contribute in ways that deepen the contributor’s practice at the same time.

No doubt there are many ways this can happen – including, for example, participating on the forum on this and other sites – but the area I have the greatest familiarity with is in studying the oldest texts, and the language they are written in, Pali. Translations of these ancient texts into English is actually a fairly recent phenomenon, and the very many of the words that we have come to use to describe Buddhist teachings and practices originated with our first translators — words like “enlightenment” and phrasing that suggests that “nirvana” is a place, not simply a state of mind — and these, in turn, influence how we understand what the teaching is about, and how we practice.

One of our great, living philologists who specialized in Pali, K.R. Norman, wrote in his 1994 book A Philological Approach to Buddhism, “…we sometimes find that those who made the first English translations of Buddhist texts gave a particular meaning to a word which we have for the most part followed without change ever since. When we come to look at the words themselves we find that the meanings which we have accepted for so long are very often not the only possible meanings but in some cases not even the most likely meanings.”

We are rapidly losing our most experienced teachers of Pali, but there is a strong effort in place to share the knowledge they have and develop more translators. For the first time ever, Professor Gombrich’s “Pali Intensive” course – previously offered once a year at Oxford with a limited seating of just over a dozen students – is being taught (live!) online for a substantially reduced price. After expenses are paid, money for the course goes to support the Oxford Centre for Buddhist Studies, an institution like no other university-linked forum in its openness to all forms of Buddhism, and all kinds of backgrounds.

An upcoming course is set to start January 2nd, and the time of day for meetings is designed to be U.S.-friendly. As of this writing, there are six seats left. The spring course starts in March, and is oriented toward Asian hours (though of course, early risers in the U.S. would be welcomed, as well). The first edition of the online course has just finished its run and was well-received. You can find more information on the course by clicking here.

There are many benefits to taking the course, not the least of which is getting to hear Richard Gombrich’s stories – he is not just a wonderful teacher but an entertaining one as well. The Buddha’s sermons and stories become clearer through reading them in the Pali, and I have found The Buddha’s sense of humor is best revealed through word-play that can only be appreciated in the old language. Understanding of the dharma is greatly deepened by looking into the meanings of key words (like the word I wrote about on this site a few days ago “nirodha”, the word translated as “end of” as in “the end of suffering” – its origins reveal that it doesn’t mean “end” after all, and the clarity this understanding brings is very helpful).

Those are my own main reasons for learning Pali and then working on my own translations, but there is another benefit for taking the online course, and that is The Pali Reader’s Club. Doing translations has been a lonely business in the past, but it does not need to be anymore. For the dedicated enthusiast, there is a recently-created group that works on translations together, which meets weekly via Google Hangouts to ask question of one of our fearless leaders (currently either Tomo Kono or Alex Wynne). During the week we can post questions on the group’s forum and help each other out. We have just started working on the longest sutta in the Pali canon, DN 16, which tells the story of the end of the Buddha’s life. We’ll be working on this one for a long, long time! It is wonderful to have such a diverse group of people to not just work with, but to chat with and get to know. Membership in the Pali Reader’s Club is offered to anyone who has completed the Pali Intensive.

If you have a broad and deep enough interest – and perhaps an aptitude for learning languages – I am here to encourage you to take this opportunity to dig in for a life-changing opportunity not just to learn Pali, but to get to know others who have the same interests, some of whom will undoubtedly be influential in Buddhism for years to come, as you might well be, too. Please join us if you are so inclined – or spread the word to anyone you know who might be interested.