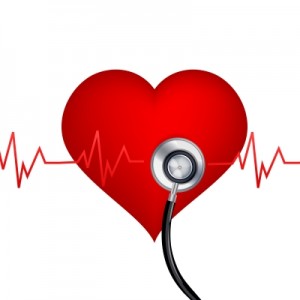 The Shorter Prajñāpāramitā Hṛdaya Sūtra (Heart Sutra)
When Avalokiteśvara Bodhisattva was practicing the profound Prajñāpāramitā, he illuminated the Five Skandhas and saw that they were all empty, and crossed over all suffering and affliction.

“Śāriputra, form is not different from emptiness, and emptiness is not different from form. Form itself is emptiness, and emptiness itself is form. Sensation, conception, synthesis, and discrimination are also such as this. Śāriputra, all dharmas are empty: they are neither created nor destroyed, neither defiled nor pure, and they neither increase nor diminish. This is because in emptiness there is no form, sensation, conception, synthesis, or discrimination. There are no eyes, ears, nose, tongue, body, or thoughts. There are no forms, sounds, scents, tastes, sensations, or dharmas. There is no field of vision and there is no realm of thoughts. There is no ignorance nor elimination of ignorance, even up to and including no old age and death, nor elimination of old age and death. There is no suffering, its accumulation, its elimination, or a path. There is no understanding and no attaining.

“Because there is no attainment, bodhisattvas rely on Prajñāpāramitā, and their minds have no obstructions. Since there are no obstructions, they have no fears. Because they are detached from backwards dream-thinking, their final result is Nirvāṇa. Because all buddhas of the past, present, and future rely on Prajñāpāramitā, they attain Anuttarā Samyaksaṃbodhi. Therefore, know that Prajñāpāramitā is a great spiritual mantra, a great brilliant mantra, an unsurpassed mantra, and an unequalled mantra. The Prajñāpāramitā Mantra is spoken because it can truly remove all afflictions. The mantra is spoken thusly:

The Heart Sutra is one of the most famous Mahāyāna sutras, part of the standard liturgy in many Buddhist temples. I recall chanting it many times before taking to my cushion for zazen; it always left me feeling somewhat puzzled. Perhaps it’s a good time to listen to it with focus.

There are two elements of the sutra’s “frame” (its beginning and ending) that might strike us as odd. First, there is the fact that it’s an exhortation from the deity Avalokiteśvara, rather than coming from the Buddha or one of his disciples, as is normal in Buddhist sutras. Second, it ends with a mantra. While mantras in general, and that mantra in particular, do appear in other Buddhist texts, they usually do not come at the end. Buddhist scholar Jan Nattier argues that both of these elements point to its having been constructed in China rather than India, and later translated back into Sanskrit.*

This isn’t as big an issue as one might suppose, since the text has clear origins in Sanskrit sutras of the early Mahāyāna, Prajñāpāramitā tradition, most particularly the Longer Heart Sutra.

There are charitable ways to interpret the strange message one finds in the middle section of the Shorter Heart Sutra. “Emptiness” is another way to express impermanence, or the dependently arisen nature of passing phenomena. So “emptiness is form” can be taken to mean that physical objects are impermanent and dependently arisen. The other dharmas are similarly empty of permanence.

“Neither created nor destroyed”, however, is a bit more problematic. By being impermanent and dependently arisen, all dharmas are by definition created and destroyed. Perhaps the key to this passage is the phrase, “in emptiness”: this is a claim not made from our ordinary, everyday point of view, but instead from the point of view of “emptiness”, nirvana, the “not-born, not-brought-to-being, not-made, not-conditioned”. (Udāna 8.3).

A few issues arise. First, if this interpretation is correct, it seems to treat nirvāṇa as a place one can be inside of (“in emptiness”), and from which one can make claims about the world. Namely, one can see that dharmas are “neither created nor destroyed, neither defiled nor pure, and they neither increase nor diminish”, and so on through the rest of the paragraph. But is nirvāṇa really a sort of place like this?

Second, the sutra makes clear we are talking about “bodhisattvas”, beings who have put off attaining enlightenment in order to save all sentient beings. Are these then beings who nevertheless are capable of seeing reality from that nirvāṇic point of view? If so, how are they then not themselves enlightened? As I understand it, this is something of a contentious issue within the Mahāyāna.

Third, this raises the thorny issue of what nirvāṇa really amounts to; whether it is a state separate from normal saṃsāric existence, or whether somehow saṃsāra and nirvāṇa are the same (there is “no attainment”); whether the state of mind one achieves in nirvāṇa is revelatory of the way things are; and how we are to interpret such odd locutions as “not-born, not-brought-to-being, not-made, not-conditioned”, notions that helped us in approaching the sutra in the first place.

One way to understand “not-born”, and so on, is that the nirvanic state is not born from greed, hatred, or ignorance. This is sensible: we can appreciate that there are selfless states of mind like these, and we can see how someone that could remain in such states throughout their life would be “awakened” in the ethical sense intended by the Buddha.

The longer version has Avalokiteśvara beginning in a crucially different vein:

After speaking thusly, Avalokiteśvara Bodhisattva-mahāsattva addressed Elder Śāriputra, saying: “Śāriputra, if virtuous men and virtuous women practice the extremely profound practice of Prajñāpāramitā, they should contemplate the Five Skandhas as empty of self-nature.

I have highlighted the difference: the focus of the longer sutra becomes one that we might put as “right contemplation”. Virtuous men and women should contemplate the skhandas as non-self. This implies that the rest of the sutra is aimed at exercises in contemplation, rather than claims of existence. By losing the context of those first sentences, the shorter Heart Sutra takes on more ontological significance than the longer.

So perhaps the sutra is about clinging, rather than existence. I have argued elsewhere that the proper interpretation of the Buddha’s message in the parable of the raft (MN 22) is about clinging to views, not about the nonexistence of true or false views. It might be that by saying “in emptiness there is no form”, and so on, Avalokiteśvara isn’t denying the existence of form. Instead he is denying that the bodhisattva would cling to form. Certainly an ethically perfected state without greed and hatred would also be one without clinging: one might say, “there is no form, sensation, conception, and so on, there are no dharmas, there is no suffering, understanding, or attainment for him“: he has cut off clinging to such things.

If this is correct, it would illuminate the poetry of the sutra: by expressing the viewpoint from the perspective of an enlightened being, it makes plain an aspect of the goal. Presumably this is why the Heart Sutra became so important in Mahāyāna Buddhist practice.

But to my mind, and in my practice, the way the short version walks the path is too confusing to be useful. If it means to recommend relinquishment, it should recommend relinquishment. It should not claim that the things to be relinquished do not exist. For if these things do not exist, then they cannot exist to be clung to, nor to be relinquished. If in fact “there is no suffering” and “there is no attainment”, right effort on the path is a waste of time: saṃsāra really is nirvāṇa. And this threatens to reduce the Buddhist path to banality or even a quietist counsel of despair.

It is concerns such as these, I think, that led Bhikkhu Bodhi to inveigh against a “non-dualistic” interpretation of the dhamma, one that identified saṃsāra with nirvāṇa.

The Mahayana schools, despite their great differences, concur in upholding a thesis that, from the Theravada point of view, borders on the outrageous. This is the claim that there is no ultimate difference between samsara and Nirvana, defilement and purity, ignorance and enlightenment. For the Mahayana, the enlightenment which the Buddhist path is designed to awaken consists precisely in the realization of this non-dualistic perspective. The validity of conventional dualities is denied because the ultimate nature of all phenomena is emptiness, the lack of any substantial or intrinsic reality, and hence in their emptiness all the diverse, apparently opposed phenomena posited by mainstream Buddhist doctrine finally coincide: “All dharmas have one nature, which is no-nature.”

The teaching of the Buddha as found in the Pali canon does not endorse a philosophy of non-dualism of any variety, nor, I would add, can a non-dualistic perspective be found lying implicit within the Buddha’s discourses. …

When we investigate our experience exactly as it presents itself, we find that it is permeated by a number of critically important dualities with profound implications for the spiritual quest. The Buddha’s teaching, as recorded in the Pali Suttas, fixes our attention unflinchingly upon these dualities and treats their acknowledgment as the indispensable basis for any honest search for liberating wisdom. It is precisely these antitheses — of good and evil, suffering and happiness, wisdom and ignorance — that make the quest for enlightenment and deliverance such a vitally crucial concern. …

Going back to the Canon, dualisms permeate the Buddha’s teachings. Indeed, one cannot even formulate the Eightfold Path without the duality implied by the word “sammā”: “right”, “appropriate”, “perfect”. If there is a “sammā”, there must also be a “micchā”: “wrong”, “inappropriate”, “imperfect”. The practice lies in cultivating the former while removing the latter. (C.f., the Maha-cattarisaka Sutta, Majjhima Nikāya 117).

I do not argue for the Canonical approach because it may be prior and hence more authentic or original. Authenticity and originality have no bearing on the truth or usefulness of views, and anyhow certain of the earliest teachings must be dispensed with. My argument is rather that the alternative provided by the Heart Sutra is mystifying, at least as regards practical advice along the path.

Perhaps the Heart Sutra is intended as an advanced teaching, one not particularly appropriate for neophytes. It has also been argued that the Heart Sutra wasn’t really intended so much as a doctrinal elaboration, but rather as a “dhāraṇī scripture” for chanting and recitation.** That is, it’s something to keep in the back of one’s mind rather than something to really guide daily practice along the path. If so, of course, it’s less appropriate to criticize it on the basis of cogency.

Each person must find teachings that inspire and motivate them to practical betterment. What inspires and motivates you may not work for me, and vice versa. That’s all as it should be, and I would not want to overstate the main message here: I’m talking about my own approach to the path. I practiced Zen meditation for many years, and have recited the shorter Heart Sutra many times. It does have an unmistakeable poetic power, but also a message I find intellectually confusing and rationally untenable, at least if read at face value.

Concerns such as these drew me away from the sutras of the Mahāyāna back towards the suttas of the Pali Canon. That is not to say one cannot find confusing messages in the Canon, of course. However in my estimation the message one finds in the Nikāyas is generally clear, cogent, and well-argued enough that it supports a little confusion around the edges.

An approach that I find reasoned and coherent is the only sort that can motivate me to action. While it is possible to interpret the Heart Sutra in reasoned ways that I have termed “charitable”, I find the most fruitful approach for my own practice to be one that sticks to the better coherency of the Nikāyas.

Whatever your practice is, may it be fruitful.