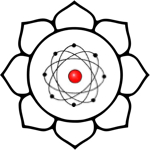 Ordinarily we begin meditation by focusing on the body, in particular, the breath. This is known as “mindfulness of breathing” and we learn about it at the beginning of the Buddha’s sutta on the Foundations of Mindfulness (Satipaṭṭhāna Sutta, Majjhima Nikāya 10. I use the Ñaṇamoli/Bodhi translation).

The Buddha suggests a few other body-oriented meditations, which may be of particular interest to those of us of a more scientific or materialist bent. As the seat of the mind, the body, and particularly the brain, should be our primary locus of interest. Each body meditation has a separate purpose, however in this post I would like to focus on the meditation on the four elements.

Meditation on the Four Elements

In this meditation, one is to contemplate the body as composed of the four main elements: earth, air, fire, and water,

Just as though a skilled butcher or his apprentice had killed a cow and was seated at the crossroads with it cut up into pieces; so too, a bhikkhu reviews the same body up from the soles of his feet and down from the top of his hair, bounded by skin, by way of elements thus: ‘In this body there are the earth element, the water element, the fire element, and the air element.’ (12)

The Buddha expands upon the four elements meditation in discussion with his son, Rāhula, in the Mahārāhulovāda Sutta (MN 62):

Rahula, any kind of material form whatever, whether past, future, or present, internal or external, gross or subtle, inferior or superior, far or near, all material form should be seen as it actually is with proper wisdom thus: ‘This is not mine, this I am not, this is not my self.’ (3)

What is the point of seeing material form in this way?

“When one sees it thus as it actually is with proper wisdom, one becomes disenchanted with [each element in turn,] and makes the mind dispassionate towards [each element]. (8). Thus, “… arisen agreeable and disagreeable contacts will not invade your mind and remain.” (13)

The point, then, is to reduce craving and repulsion for the body, and by extension, all physical things, by seeing them as they really are: mere agglomerations of four physical elements. The elements by themselves lack emotional attachment, and so the body should lack attachment as well.

Make no mistake: in this sutta the Buddha claims we are seeing how things really are by doing this contemplation. Thus his repetition of the phrase, “that should be seen as it actually is with proper wisdom”. When we contemplate the body as an agglomeration of elements, we contemplate it as it actually is, rather than as we might like it to be: for example, made of some special, magical, ‘us-stuff’.

Meditation on the Sixty Elements

The problem, though, is that in fact the body isn’t made up of these four elements, because these elements are a relic of an outdated, pre-scientific chemistry. True, they can be shoehorned into a modern understanding by treating them variously as metaphorical or epistemological. When we perform a four element meditation we can take, for example, “earth” to mean the solid parts of the body, “water” the liquid parts, “air” the gaseous parts, and perhaps “fire” as cellular mechanisms of combustion, such as the oxidizing of glucose to create heat energy.

But in so doing, we aren’t seeing things “as they actually are”. We aren’t analyzing the body into its elements, at least not in the way a butcher would cut up a cow into its component parts and display them at a crossroads, following the Buddha’s simile.

Fortunately, there is no reason why we must follow the letter of the Buddha’s system. We have available to us the tools of modern biochemistry, and so we can find out what chemical elements, and in what proportions, the human body is in fact made up of: in fact, our bodies are made up of sixty chemical elements, in precise ratios.

But of course our bodies are more than just piles of material. What gives them life is their internal organization: our bodies are exceedingly complex molecular machines. To contemplate their intricacy is to contemplate what makes them do what they do. Intricate, evolved over billions of years, yet basically piles of mud.

Nobody I know has put this as well as Carl Sagan, in a famous scene from Cosmos, his masterwork, here in a clip from YouTube:

Is there a better meditation on the elements of the body?

We can go further: those elements themselves were created. They are not eternal, nor indivisible, nor everlasting. They were cooked up in the interiors of massive stars, whose titanic explosions scattered them to the universe. In Sagan’s famous phrase, we are star stuff, our parts conditioned by events billions of years passed and billions of miles distant.

This view of our past may sound grandiose, even exalted, but it is quite literally down-to-earth. Basically, we are made up of humble parts, $160 worth at current prices.

We are perishable and impure, materially no different from the muck at our feet.

We fetishize the body, we see it as authentically ours in a way nothing else is. Often this leads to pride and clinging, disappointment and disgust. How different it would be to bring mindfulness to the awareness of our own body: to see it “as it actually is with proper wisdom”. That is, to see it as something worthy of protection and interest, but neither reverence nor permanency.

The meditation on the elements is particularly apt for those of a scientific, materialist bent, since it contemplates the base essence of our nature. And in contemplating it in all its thrilling ordinariness, it sees that our existence is only vaguely bounded. I am not the coffee I drink, nor the urine I excrete; in what sense then am I the 0.78 kg of phosphorus that makes me up today and will be scattered to the winds tomorrow? Whatever that stuff is, it is not something I can ever truly cling to as my own. It is something to which clinging can only cause me disappointment and loss.

A final note on ethics: we contemplate our body, perhaps our very being, as a robustly ordinary machines made of mud. Mud with an interesting history, expertly thrown together by evolution, but mud nonetheless. A danger lurks in this identification, which the Buddha often termed “nihilism”, though in truth it is a danger for any reductionist theory of lived reality, including the Buddha’s own. Namely, we may become so unattached to the body that we become unconcerned with our treatment of ourselves and other people. After all, they too are just mud machines, thrown together for a time.

This is why, I believe, the Buddha began his teachings with ethics, and emphasized that right speech and action were essential parts of the path towards true well being. We may be piles of mud, complex organizations of chemical elements, but we are also beings to whom ethical properties inhere. It is only behaving with that in mind that we can ourselves become truly happy.