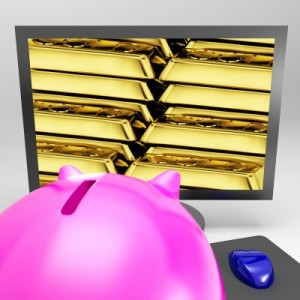 In the Dhammacakkapptavattana Sutta, the Buddha describes it:

The proximate cause of dukkha is craving, taṇhā, literally “thirst”, the strong desire we have for pleasure. This desire has a positive and a negative side to it, illustrated by “craving for existence” and “craving for extermination”. In its most elemental form these are the cravings we have for pleasant experiences to continue and unpleasant experiences to end. The latter sort we generally call “aversion”.

The Cause of Craving

Of the five aggregates that make up the person, only feeling is given its own chapter in the Saṃyutta Nikāya. It is there we encounter the parable of the dart that we discussed last time. In the sutta just prior to that one, the Buddha outlines how these feelings should be seen in order to lead to an end of dukkha:

The Buddha explains this process in more detail in the sutta of the Dart, in a very interesting passage. Here he talks about the typical “uninstructed worldling”. Recall that “aversion” is simply a form of craving directed towards the unpleasant:

This is aversion: our knee-jerk desire, when faced with pain, to “turn away” (avert) from it, to redirect our perceptual apparatus onto something pleasurable. It can also be a desire to exterminate the unpleasant sensation, to make it go away by destroying it.

Note that the Buddha here says that the uninstructed person “does not know of any escape other than sensual pleasure”; the problem is not that there is no escape, the problem is that the person doesn’t know the proper escape. He substitutes one form of sense experience for another, overlooking the fact that any sense experience is impermanent and hence itself dukkha. Of course, for someone in that predicament, an impermanent good may seem — and indeed may be — a better option than an impermanent bad. The problem is that this syndrome of searching out pleasant experiences is no secure refuge. Pleasant experiences fade with time, and what seemed new and exciting yesterday seems dull and routine today.

We habituate to pleasure. It often seems as though hedonic opportunities are like a ladder, stretching unbounded upwards: no matter where we are, there are people who seem to be having a better time of it at many, diverse levels above us. However while money and power do provide access to more diverse forms of sensual pleasure, there is no essential link between wealth, power and happiness, however one reasonably defines happiness. This is partly because impermanence and unsatisfactoriness are too basic and universal to be overcome by spending money or political power on them, much as money and power may ease the burden in some cases.

In the Raṭṭhapāla Sutta (Majjhima Nikāya 82), the arahant Raṭṭhapāla discusses with King Koravya of the Kuru country the fact that “[Life in] any world is incomplete, insatiate, the slave of craving.” As king over a wealthy land, Koravya has access to all the sense pleasures he might want. But as Raṭṭhapāla establishes,

[If] a trustworthy and reliable man came to you from the east and said: ‘Please know, great king, that I have come from the east, and there I saw a large country, powerful and rich, very populous and crowded with people. There are plenty of elephant troops there, plenty of cavalry, chariot troops and infantry; there is plenty of ivory there, and plenty of gold coins and bullion both unworked and worked, and plenty of women for wives. With your present forces you can conquer it. … ‘ What would you do? (MN 82.41/II.71).

The king says he would conquer it. And he would do precisely the same if someone later came with the same tidings from the west, the north, the south, and from across the sea. There is literally no end to the lands King Koravya would not crave to conquer. In that sense life is always “incomplete, insatiate, the slave of craving”, even for the wealthiest and most powerful among us.

The basic, definitional aspects of dukkha are unavoidable: aging, illness, death; union with what is displeasing, separation from what is pleasing. None can be escaped completely.

The Role of Self

All craving and aversion are also intimately related to our notions of self. We crave to possess things as ours. We are averse to things that seem unlike us. We identify with people, family, sports teams, religions, countries. We also identify very closely with views: in the Brahmajāla Sutta (Dīgha Nikāya 1) all sixty two speculative views are said to be “only the agitation and vacillation of those who are immersed in craving.” In craving for continued existence we cling to views of an eternal soul, for example. Conversely, if we are not neutral to them, we may become averse to people, teams, religions, countries, and views that we do not identify with, that we think of as different or “other”, for whatever reason.

Neutrality in this respect is not the same as maintaining wise equanimity. Equanimity is the aim: to be able to confront, experience, and live with the pleasant and the painful without self-identifying, without clinging or aversion. Neutrality on the other hand is dull indifference: it is not caring. If we don’t follow ice hockey, we may be neutral as to which team wins the Stanley Cup this year. That does not mean we are equanimous. It means we don’t care, which is a different matter entirely.

Craving is the fulcrum around which dukkha, and its avoidance, turns our lives. It is also the weak point of the system, according to the Buddha. Strong though craving and aversion may be, they are not entirely impervious to our efforts to do away with them. We may, by diligence, work to reduce (and perhaps even eliminate) craving and aversion. But to do so we need to understand their arising.

Craving arises due to the pleasant feelings occasioned by sense experience. We do not want such experiences to end, we do not view them as essentially and inherently impermanent. We become averse to their ending, which is another form of craving. Not knowing any other escape, we pursue further sense pleasures in order to fill their void when they leave us, or to divert ourselves from the unpleasant aspects of life.

There is no escape from craving through pursuit of sense pleasures. Indeed, the very desire to escape through such pursuit is but a further manifestation of craving. If there is an escape from dukkha, the unsatisfactory nature of life we find exhibited in obsessive mental proliferation (papañca), it will be by another route entirely.

Bhikkhu Anālayo. Excursions into the Thought-World of the Pāli Discourses (Pariyatti, 2012).